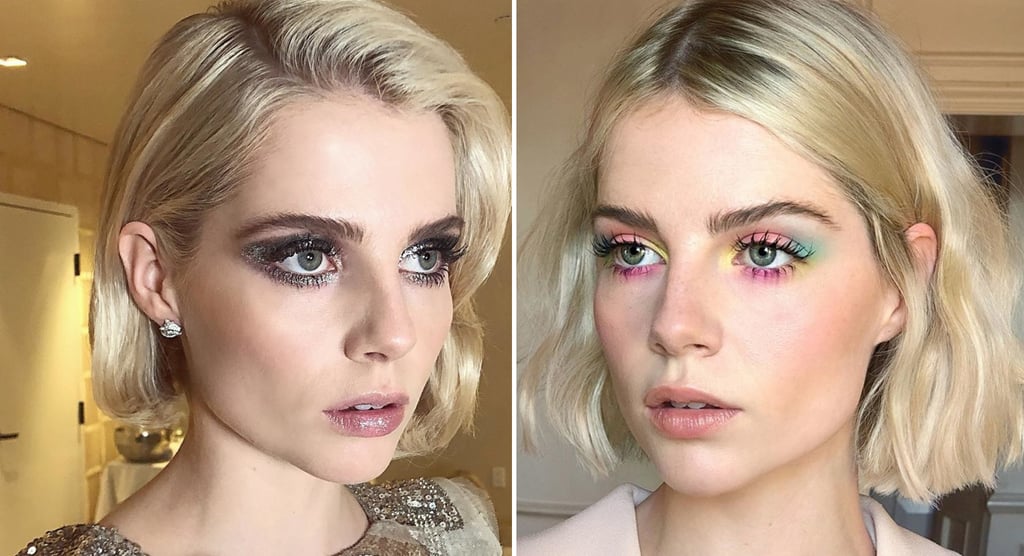 Lucy Boynton is relatively new on the Hollywood scene. But not only is the British-American actor getting attention for her roles in films like Bohemian Rhapsody and Murder on the Orient Express, but she's also quickly making a name for herself as the most daring celebrity on the red carpet when it comes to her beauty looks.

Boynton's willingness to experiment with her makeup was apparent even in her early red carpet appearances, when she played with draping, negative-space eyeliner, and over-the-top lashes (which have become somewhat of a signature for her). But in the past year, she and makeup artist Jo Baker have really taken things up a notch, breaking out exciting and unexpected makeup looks that we're used to seeing on a runway in Paris, not a red carpet in Los Angeles.

For us beauty editors, Boynton's makeup is the focal point of every outfit. Every time her makeup artist shares a photo of the beauty magic they've created together on Instagram, we freak out — and then wait with bated breath until Baker shares behind-the-scenes photos and the details of their inspiration for the look, something she often does. Case in point: the orange-red eyeliner Boynton wore at the Venice Film Festival was inspired by actual lobsters — and no lie, it's one of her most stylish looks yet. Luckily for us, not only does Baker share her inspiration, but she also shares how-to videos and tips so you can re-create her looks in real life.

As for her hair, Boynton keeps things on the simpler side. Her hairstylists — who include Jenny Cho, Kylee Heath, and Halley Brisker — tend to stick to laid-back styles like beach waves, Old Hollywood-style side-swept bends, or some version of a half-up ponytail with volume at the crown. Regardless, her golden-blonde hair always looks beautifully understated, letting the makeup be the main focus of her beauty look.

So if you are stuck in a makeup rut or just want to admire these makeup masterpieces, read on to see Boynton's most exciting beauty looks from every angle — and learn the interesting inspiration behind each.

Celebrity Beauty
For Cara Delevingne's Birthday, She and Kaia Gerber Got a Matching Punny Tattoo
by Jessica Harrington 21 hours ago 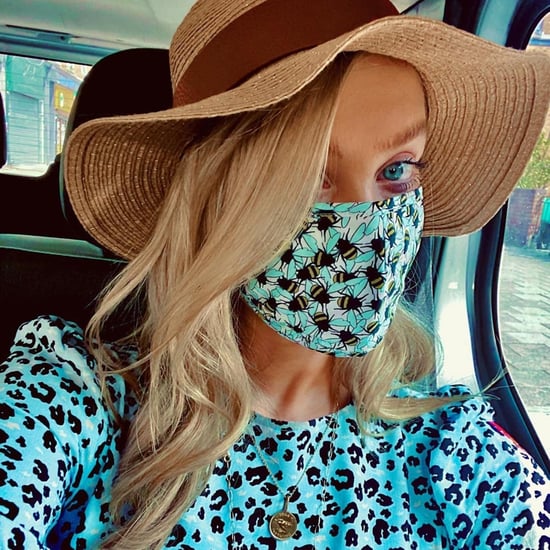 Hair
Jonathan Van Ness Just Got a Lob Haircut, and in the Words of Tan France, "Looks Gorg"
by Jessica Harrington 4 days ago

by Chanel Vargas 7 hours ago