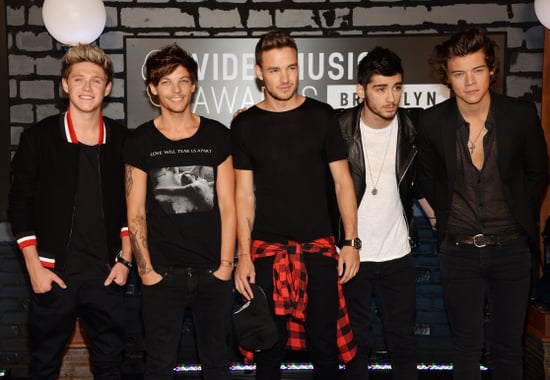 One Direction has been making girls scream with their catchy music, good looks, and that hair! At the MTV VMAs, Niall Horan worked the signature boy-band look from the '90s: frosted tips. Louis Tomlinson went with messy, textured hair, while Liam Payne had the shortest cut of the group. Zayn Malik worked his modern take on a pompadour, and Harry Styles is arguably the new Justin Bieber of hair. But the biggest question of the night is who's your mane man?

Vote on all of our MTV VMAs polls here!