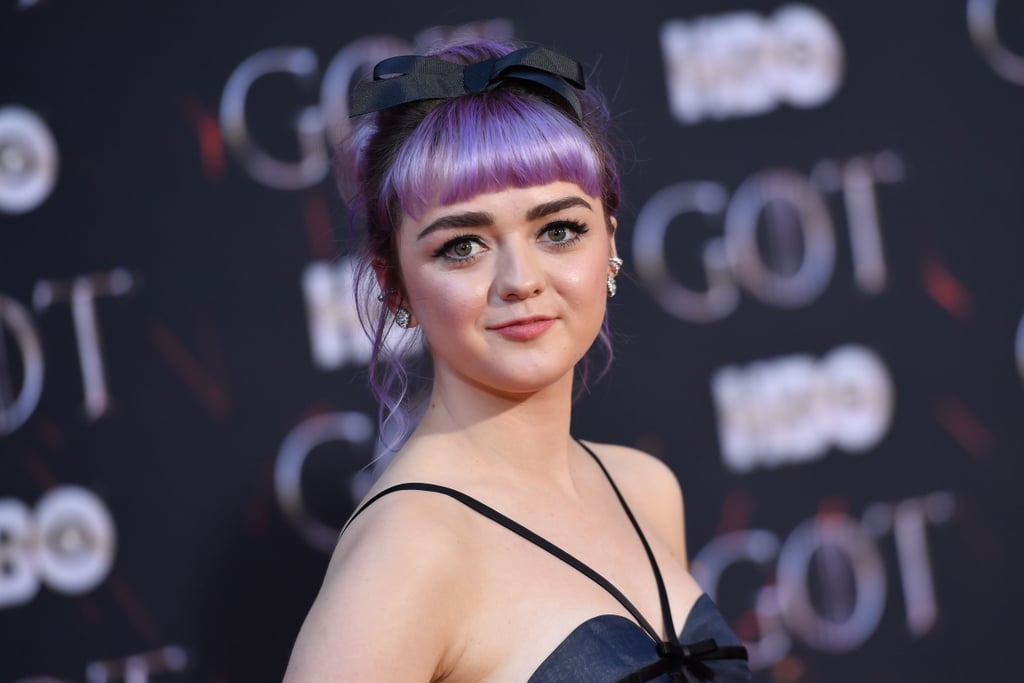 For a hot second, we thought she might have gotten rid of her colourful hair after posting a video of herself wearing a blunt bob wig for a photo shoot, but it appears that hiding underneath all along was her vibrant hair, and after seeing this colour, we can see why. To refresh her previously pastel pink shade, Williams opted for an ultraviolet colour that when seen in different lights, changes to a blue-toned shade, making it a beautiful illusion.

Hairstylist Ryan Richman posted all angles of Williams's new ultraviolet hue on Instagram, detailing the styling products — a mix of IGK Next Level Volume Spray (£24) was used to give volume and shine, and IGK Rich Kid Coconut Hair Gel (£14) ensured every strand stayed perfectly in place. Richman also added extensions to give added volume to the look and finished off with Miu Miu bows, which one Instagram commenter described as "Game of Bows," and we're fully on board with that.

Get a closer look at her vibrant purple hair ahead; it might be one of our favourites yet.