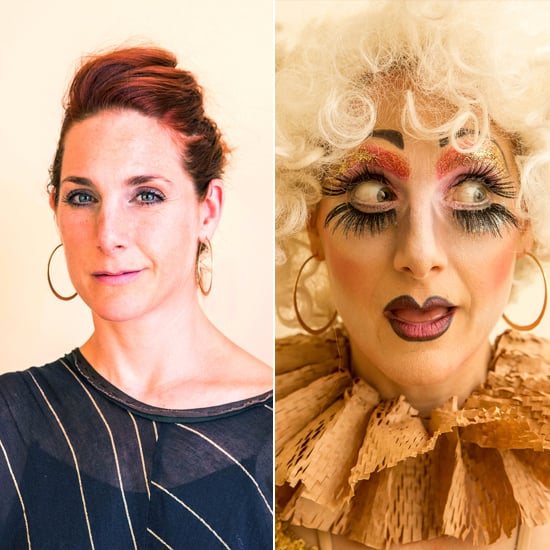 Meet the Biological Woman Who Identifies as a Drag Queen

It's no secret how much we adore drag queens. In fact, we love them so much that we've even had conversations about wanting to be them. Then recently, we met a woman who explained to us that not only could we become the drag queen of our dreams, but she even identifies as one herself. San Francisco resident Monique Jenkinson has been performing as her alter ego, Fauxnique, since 2003. Born a biological female, Monique was classically trained as a ballerina and a contemporary dancer before she decided to heighten her performance through dressing in drag. Today, the one and only Fauxnique is considered somewhat of a legend in the drag community, where she has performed all across the country and even internationally, including in Iceland, Amsterdam, London, and Rome. Here, we caught up with the fierce and fiercely intelligent queen while she was transforming step-by-step into her stage persona. Read on to see how Fauxnique goes from girl to glamazon and to hear her discuss how her interest in this transformative world began, how people react to what she does, and what women can learn from the art of drag.

Makeup
From Hollywood to Brand Founder, How Makeup Artist Monika Blunder Has Conquered the Beauty Space
by Sophia Panych 2 weeks ago