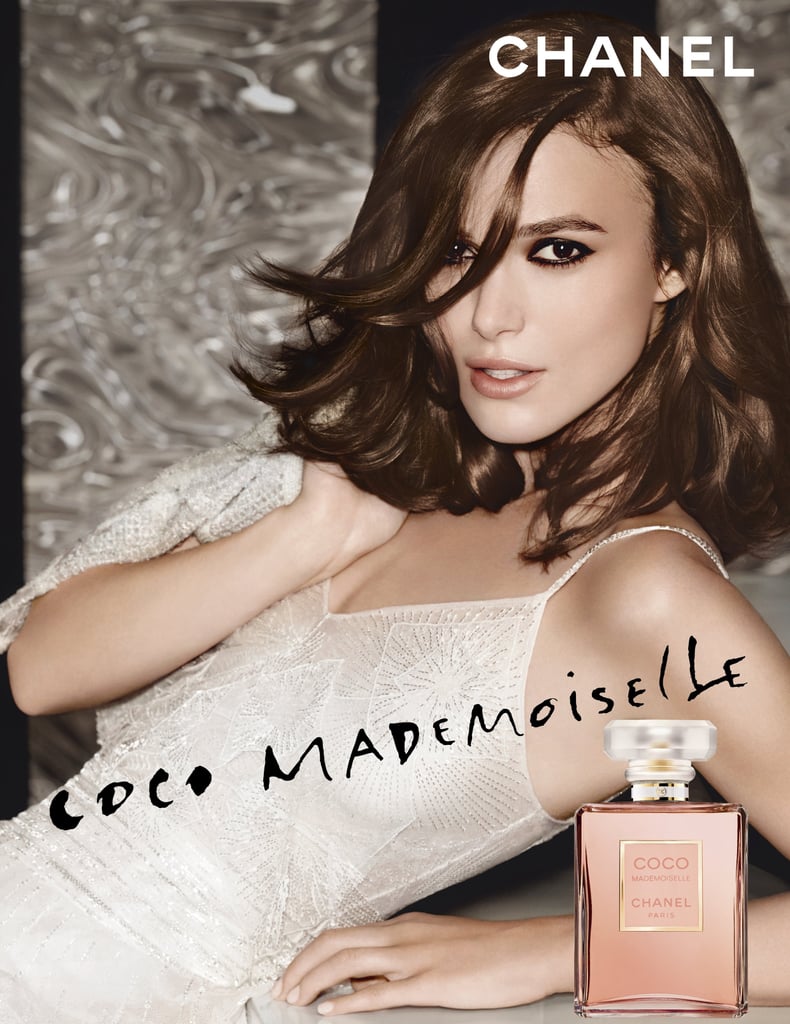 The New Keira Knightley For Chanel Campaign Is Here!

Chanel aficionados and Keira Knightley fans — we've got a treat for you today! The third chapter of Keira's campaign for Chanel's iconic Coco Mademoiselle fragrance has just been released, and the actress looks more smouldering than ever (not that we'd expect anything less from this pairing). She has been the face of the scent since 2007, and this may be our favourite campaign yet.

In the video, Keira takes on the role of the mysterious Coco Mademoiselle woman, who is at a party in her honour when a man catches her eye. She teases him by tossing the fragrance to him and then slips away as he chases her. The takeaway: this is your date-night fragrance, ladies.

"The third film is very silver and quite cool," Knightley said in a press release. "But again, nobody can quite capture her; so she is kind of there, but she is sort of playing with them . . . And then she gets on a speedboat! What more can you ask for?"

The short was filmed by director Joe Wright was set to the 1964 song "She's Not There" by British pop group the Zombies. Come April, the print ads — shot by Mario Testino — will debut. Enjoy a first look at the campaign video, print ads, and behind-the-scenes shots below. Then, join us as we attempt to DIY every part of Keira's look: the glossy tousled lob, winged-out smoky eye, and shimmery peach-rose lips.