Nick Jonas has always been something of an overachiever. Forget climbing out of the boy band pigeonhole — he Justin Timberlake-d it. Sexy as he is with clothes on, that has never stopped him from stripping down. And Summer flings? Please. Allow him to (reportedly) put a ring on it.

The same can be said about his interviews. POPSUGAR sat down with the multihyphenate star for the launch of JVXNJ Fragrance ($94) — his latest collab with designer John Varvatos and a cologne Jonas suspects his Jumanji character, Seaplane McDonough, might have worn because, "He's a pretty refined guy" — where he dished on his brothers' grooming habits, what makes a woman sexy, and how he earned the title of best-smelling man in Hollywood.

"There was a time that my brother Kevin was flat-ironing his hair — that took a long time."

Unless you've been living under a rock since the band's 2013 breakup, one thing is clear: the Jonas brothers of yore are not the men they are today. So it only makes sense that their grooming habits have also changed. "Back in the day, we had a lot more hair so it took a lot longer to do," he said. "I used a blow dryer because I bought into the idea that if you didn't dry your hair, you'd get sick, which I don't think is a real thing." [Editor's note: it's not.]

"There was a time that my brother Kevin was flat-ironing his hair — that took a long time, since he's got pretty curly hair," Jonas said. "Now he's got a 4-year-old and a 1-year-old, so he's not as focussed on that as being a good father, which is a good thing. Joe is letting his hair grow out again, but it seems like he's just letting it do what it does, which is cool. So at the moment, I probably take the longest to get ready because when my hair is shorter, I have to get buzz cuts all the time so that it looks fresh."

Even still, Jonas's grooming routine is pretty simple: swipe on moisturiser, sunscreen, and the Kiehl's Facial Fuel Eye Depuffer ($20). "It's amazing, just to wake up your eyes. Especially when you fly as much as I do, it gets puffy." 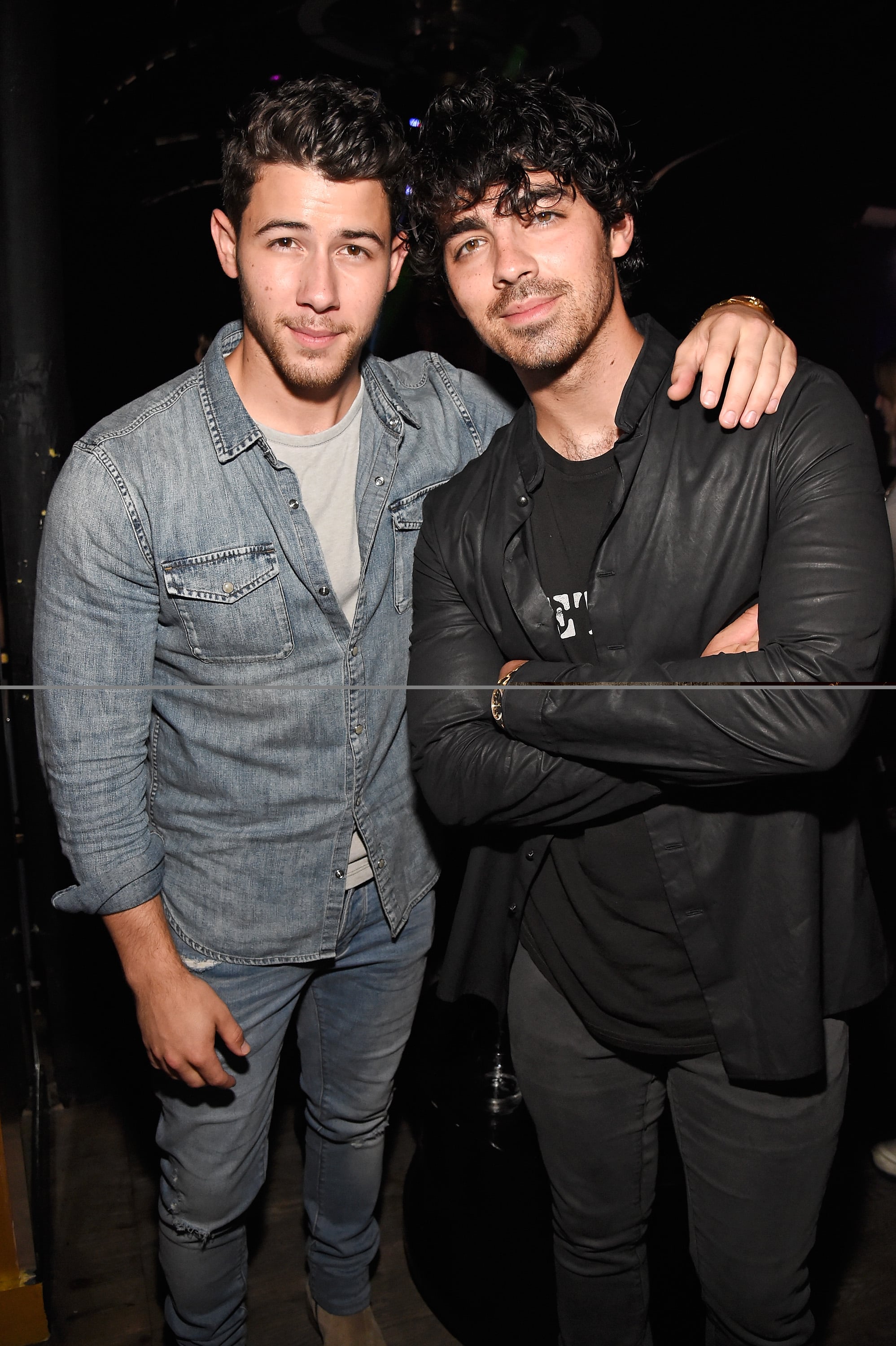 The Hairstyle That Makes Him Feel Confident

The 1 Standard He Sets For Himself Before Going on Stage

"People would compliment me, they'd say, 'Oh he smells so good.' And I was like, maybe this is a cruel game they're playing on me, but I started to buy into it."

Practicing your vocal range is important and all, but the singer has a few other priorities during his performances as well. "I get a little obsessed with smelling good on stage," Jonas said. "I was doing a Broadway show here in New York City for a while, and I was dancing a lot in the show, so I was sweating a lot. I wanted to make sure I smelled OK, because you're in very close proximity to other actors."

Spritzing on some cologne before a show soon paid off: "People would compliment me, they'd say, 'Oh he smells so good,' and I was thought, 'Maybe this is a cruel game they're playing on me,' but I started to buy into it," Jonas smirked. "Some of my co-actors would say I was the best-smelling man on Broadway. I took that flag and said, 'I'm going to become the best-smelling man in show business!' So it's been a couple years of me owning this title. No one's really in the competition but me, so it makes it a lot easier."

The Sexiest Thing a Woman Can Do

It's not a scent — it's an attitude. "The key is for the person to feel confident," Jonas said. "It's not my role to say what a woman should wear to feel sexy, as long as they feel great and comfortable in it. When someone feels beautiful, you can tell. It shines through." You hear that, people? The only thing sexier than a woman's scent is the way she wears it. (You can put your notebook away now.) 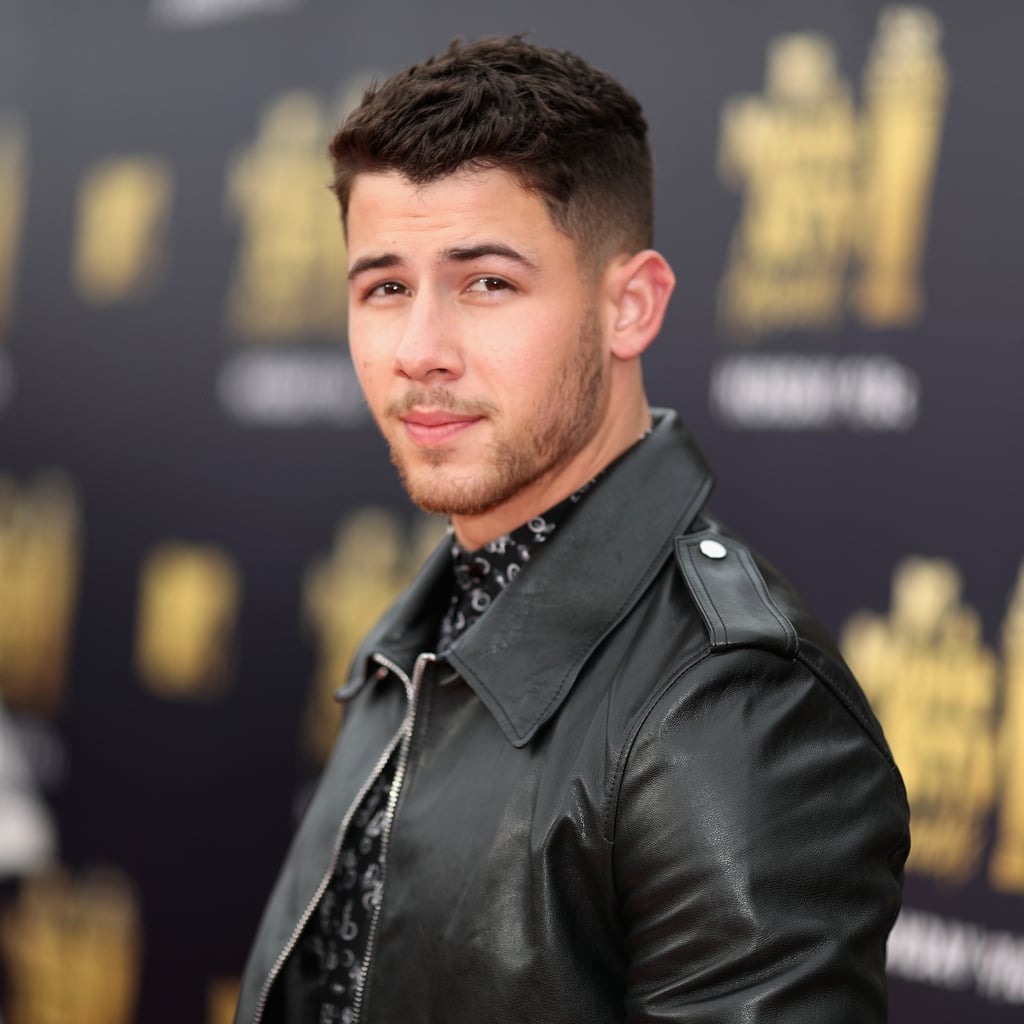 Celebrity Beauty
Zendaya Has Experimented With Every Type of Fringe, but Her Latest May Be Our Favourite
by Yerin Kim 11 hours ago