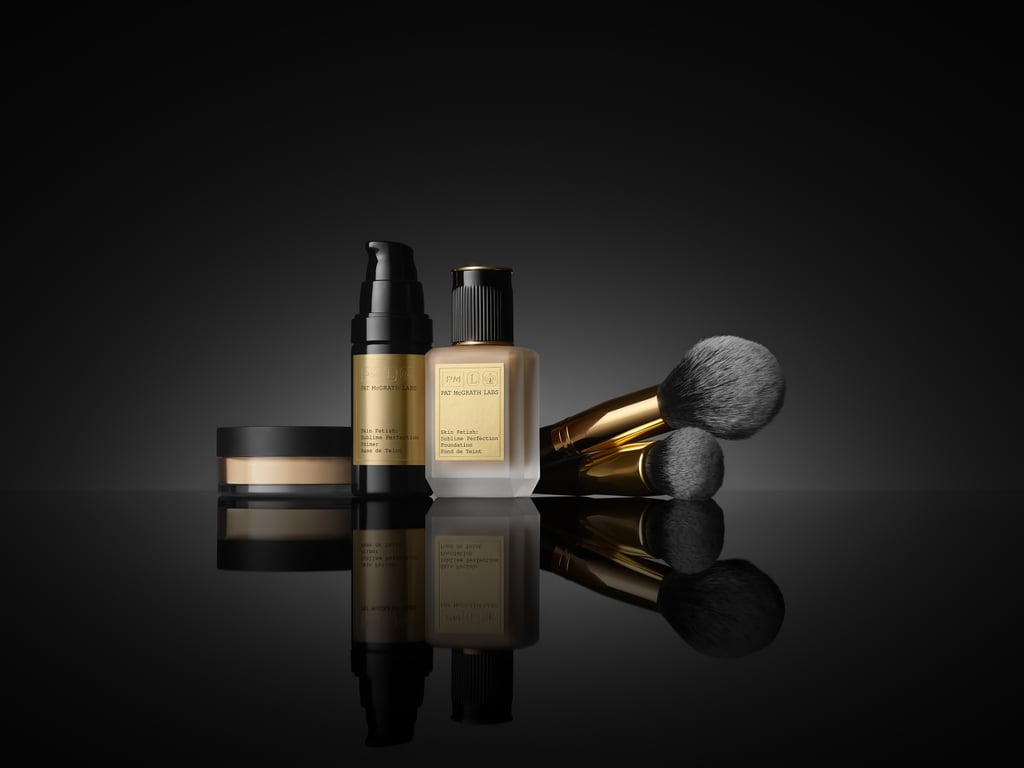 Ever since Pat McGrath debuted that first pot of dazzling gold pigment in the Tuileries Garden in Paris four years ago, beauty-lovers around the world have been waiting patiently for the legendary makeup artist to come out with her own foundation. It's not because we're greedy, though. It's because throughout McGrath's two-and-a-half decade-long career, she's become known for her ability to create ethereal, otherworldly-looking skin. Applying nearly everything with her fingers, she is the master at making models and celebrities look like their skin is actually giving off light — not just reflecting it away — even as she blurred and blended away redness and spots with layers of primer, foundation, concealer, and powder. With the launch of her Skin Fetish: Sublime Perfection System, McGrath finally gave the people what they wanted and then some, launching not just a liquid foundation, but an entire range of complexion products based on the multistep technique she's been using throughout her career.

"All of the previous launches — Gold 001, Lust 004 — all of that was about telling secrets of how do we really get the ultimate sparkling lip, or how do you really work with a gold shadow. And I knew that once I had my fun with all of my sparkles and pigment, skin was going to be such an important of Pat McGrath Labs," McGrath told POPSUGAR at the launch event for the collection.

Over five years in the making, Skin Fetish: Sublime Perfection Foundation System is also about divulging McGrath's backstage secrets: "We didn't want to just launch a one foundation formula because we wanted to show exactly how we do skin backstage [at fashion shows], and we don't do it with just one bottle of foundation," she said. "We wanted to show how we make it last longer, how we set it, how we layer it for different effects — the set is basically exposing the chemistry of our artistry."

The Pat McGrath Labs Skin Fetish: Sublime Perfection Foundation System launches in the UK on July 26 on
patmcgrath.com and selfridges.com. Keep reading to learn about all of the products in the collection, including a primer, foundation, loose powder, and two cruelty-free brushes.

Beauty Shopping
PSA: Then I Met You Just Launched on Cult Beauty
by Tori Crowther 1 day ago

Makeup
Nikki Wolff on Becoming KVD Beauty's New Global Director of Artistry: "I Get to Live My Childhood Fantasy"
by Tori Crowther 2 days ago