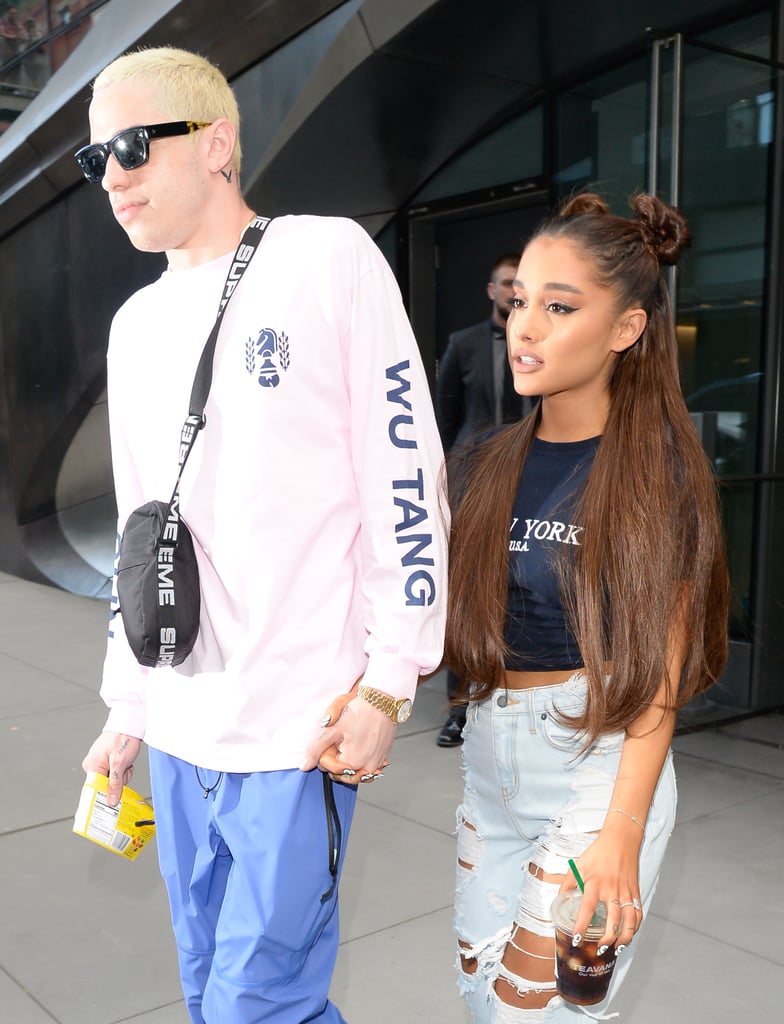 Ariana Grande and Pete Davidson have enjoyed a fast and furious relationship since they began dating in May. In addition to sharing several tattoos, the high-profile couple also seem to be converging their styles with trendy streetwear and even matching mouth masks. Recently, the 24-year-old comedian dyed his hair platinum blond in a decision that may have been inspired by his pop star fiancé, if you're into that sort of romantic thing.

Though the 25-year-old singer is currently wearing her signature brown shade, Grande has also experimented with platinum hair in the past, as well as grey hair. On her latest Elle cover for the magazine's August issue, Grande was again photographed with long blond hair.

Given how rapidly and passionately the relationship has progressed, it's not entirely out of the question that Grande has also influenced Davidson's latest hair transformation, of all things. The things you do for love, right?

Related:
All the Photos Ariana Grande and Pete Davidson Have Shared Together — So Far
Previous Next Start Slideshow
Celebrity BeautyPete DavidsonAriana GrandeHair ColourCelebrity Hair
Around The Web