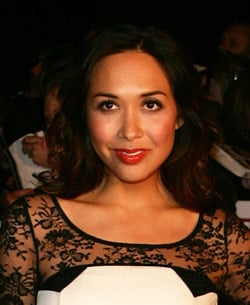 After wowing us with her chic dress sense, in a white and black lace frock at the National Television Awards, Myleene is set to be gracing our TV screens more often. The mother, Marks and Spencer model and presenter of Miss Naked Beauty with Gok Wan has a new gig. She is going to be hosting the popular makeover show Ten Years Younger, taking the helm from Nicky Hambleton-Jones on the hit Channel 4 series this autumn.

The former Hear'Say singer recently revealed she'd like to have more children, but it seems that she's planning on combining motherhood with her sparkling career. Myleene is all set to be the face of the show, which gives prematurely-aged people life-changing makeovers. Personally, I've always felt slightly dubious about the programme, which seemed to focus on people getting cosmetic surgery in order to increase their confidence. However, this series, which will return as 10 Years Younger: The Challenge, sees less emphasis on going under the knife.


"It’s a privilege to present such a well established show that makes a monumental difference to people’s lives. I have been filming for the past few days and already there are so many jaw-dropping, heart-warming moments. Like everyone, I can’t wait to see the transformations, as well as picking up some great tips."