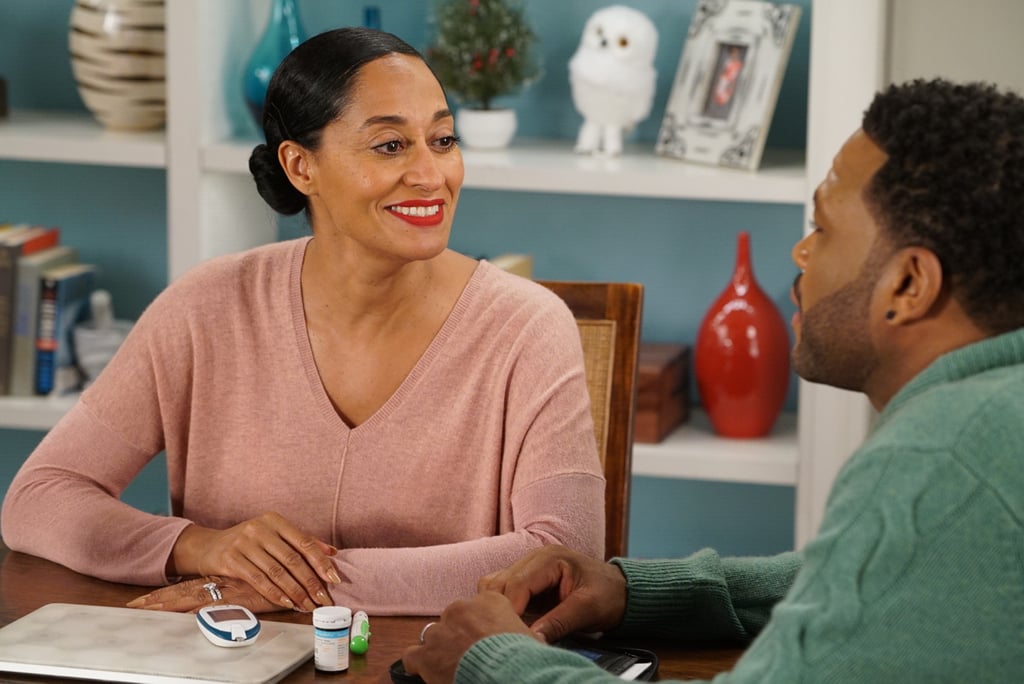 Every week we tune into Black-ish for the comedy, but we stay for Rainbow's bold red lip! After constantly wishing we could get Bo's fierce red pout, we did some research. According to Tracee Ellis Ross, the actress has a signature color: Ruby Woo by MAC.

"I've been wearing MAC's Ruby Woo lipstick since high school," Tracee told the Los Angeles Times back in 2015. "I mix the majority of my lipsticks with Ruby Woo. I don't like glosses. I don't like stains. I like full-on, old-school, completely opaque matte lipstick."

The Black-ish actress loves the hue so much that she even wears it when she works out. "I love the look of a fresh face with a pop of color on the lips. It makes me feel so good. I'll even wear a red lip to the gym," she told InStyle last year. "I do the Tracy Anderson Method, so there's a lot of mirror work involved. When I see my red lips reflecting back at me, I'm like, 'Yeah, girl, that's right!'"

When it comes to her bright red lip look on the ABC series, you'll find the same shade. "Tracee does her own lips. We mix the colors. If it's a bright red, it's usually MAC's Ruby Woo with a MAC Cherry pencil," her makeup artist for the show, Nadyne Hicks, told The Cut in 2016 of her Black-ish signature lip shade.

If you want a perfect red lip like Rainbow's always on-point lip on Black-ish, or are just a major fan of Tracee's go-to lip look, then MAC's Ruby Woo should be your new lipstick for everything. If you'd rather a similar look that's a little different — at a different price point or different brand — we also have you covered with our favorite shades of red that would be Bo-approved.

British Celebrities
Get Excited, Because Finding Alice Is Officially Returning For a Second Series
by Navi Ahluwalia 14 hours ago

Line of Duty
The Release Date for Line of Duty's Sixth Series Is Finally Here, and It's Mere Weeks Away
by Navi Ahluwalia 14 hours ago

Award Season
Chadwick Boseman's Wife Accepts His Golden Globe: "He Would Say Something Beautiful"
by Kelsie Gibson 21 hours ago