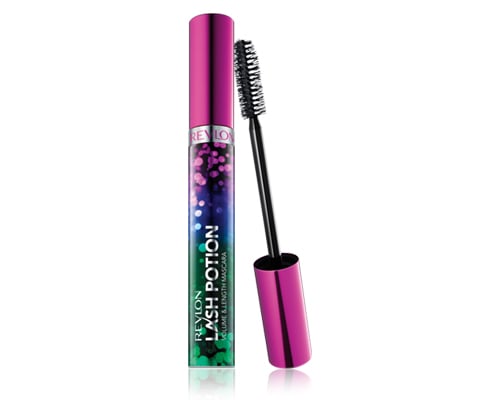 When an oversised wand is involved, mascara application can turn into a mess. That was until we tried Revlon Lash Potion Mascara. The Illusionist wand (yes, it has a special name) is made with varying levels of bristles. The smallest ones grab onto roots, and the lengthier sections help add height to your lashes. In essence, you're really getting multiple brushes in one. We wouldn't recommend using this wand on bottom lashes because of the hefty size, but on top lashes, you get that extra length in just a few swipes. The formula isn't too thick, so it's easy to build, and once it dries, lashes are still soft to the touch. Our main complaint: lashes got so long they left black smudges on our lids (which is easily solved with a few extra seconds of dry time). But somehow that doesn't seem like too big a problem to have. Keep your eyes peeled for it in mass stores nationwide as it is set for a mid-Summer launch in the UK.