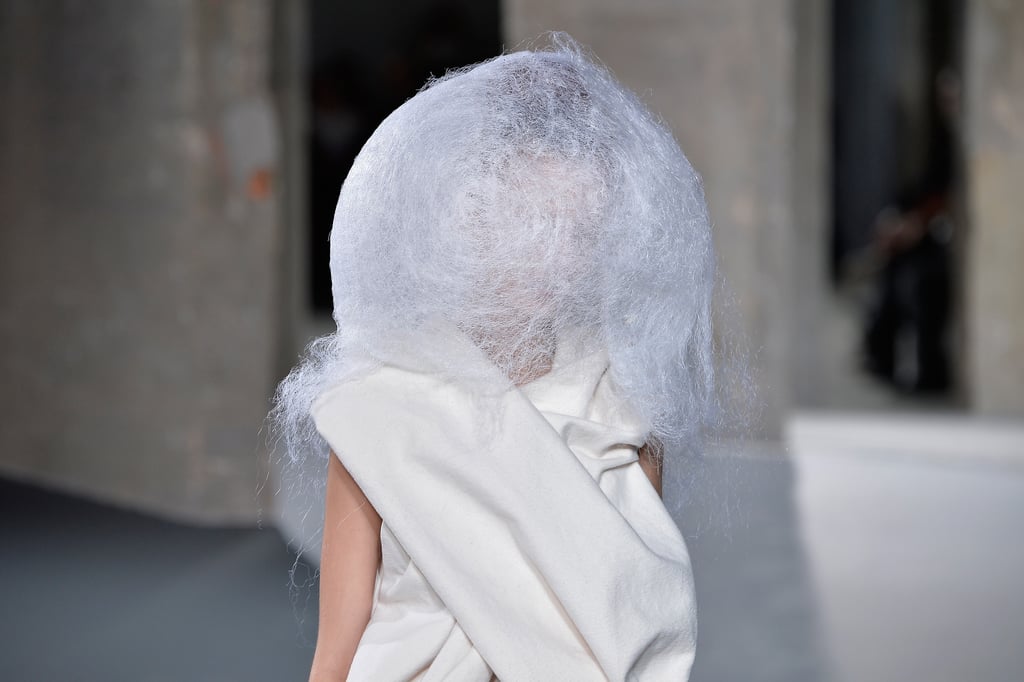 This May Be the Weirdest Beauty Moment of Paris Fashion Week

Today's WTF Fashion Week moment is brought to you courtesy of the Rick Owens Autumn 2016 Show in Paris. The designer is known to push boundaries on his runway, featuring steppers wearing his clothes (which was dope, BTW), "human backpacks," and more. This season, he caught our attention yet again by sending his models out with giant fuzz clouds atop their heads. It looks as if Cousin Itt made love with a lint ball. We're not sure if the models could see out from under there, but no one tripped, so that was a good sign! Regardless, the halos of synthetic hair sent a message that Rick certainly hasn't lost his edge.

Hair
Are "Draped Layers" the New "Rachel" Haircut?
by Jessica Harrington 2 days ago