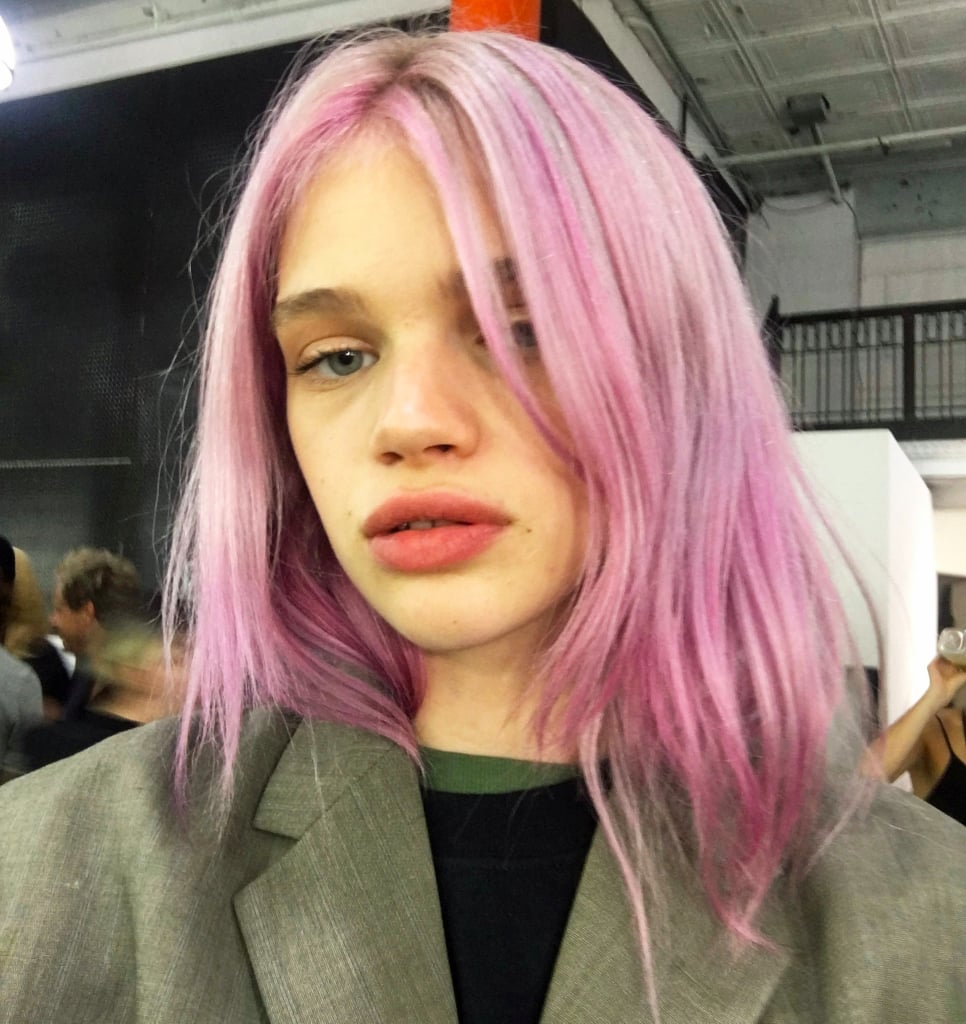 Unicorn hair isn't going anywhere. That's true, at least, if it's up to Alexander Wang. The fashion designer, who in the past has had models' hair bleached blonde or given drastic bowl cuts day-of, brought the extreme makeovers once again for Spring 2018, this time with a show-stopping dye job on just one of the models. Stella Lucia went from blonde to "rose quartz" in an eight-hour process completed by Redken Global Colour Creative Director Josh Wood.

"The inspiration came from Kate Moss in the '90s, Berlin, and kind of glamorous angst," Wood told POPSUGAR backstage. "I layered different shades of Redken City Beats to create something that is a glamorous, grown-up punk." After toning the hair into a silver base, Wood used three shades: Ballet Pink, East Village Violet, and Midtown Magenta. The end result was a sort of orchid, coral, and violent-tinged pink we're positive you'll be seeing everywhere in no time.

The dye job made even more of an impact on the runway since the rest of the beauty look was low-key. As lead makeup artist Diane Kendal put it, "the Alexander Wang girl has her own personal style with a cool, downtown feel." She created a pretty bare-looking face, save for some glow, courtesy of NARS Orgasm Illuminating Loose Powder (a new launch for Spring 2018) dusted on the eyes and cheekbones. Lead hairstylist Guido Palau added that Wang simply wanted "real girls the way girls look like in today's world."

Over on Instagram, early adopters have already been rocking the rose quartz hair colour. See more examples of the gorgeous new shade ahead.

Rare Beauty
Rare Beauty Is Finally Coming to the UK — Here's Our Wish List (Yes, Including the Blush)
by Tori Crowther 1 day ago