Considering Stranger Things is a spooky, retro thriller about small-town kids encountering monsters, you'd think it'd be the last show to serve as beauty inspiration. It's not "pretty" per se, but it is insanely popular. Makeup artists on Instagram have already been paying homage to the series with lip art and eye looks. Now, one fan on Reddit has taken the next step and created a Stranger Things palette.

For a mock-up, it's insanely good. The dark-toned colours with splashes of brights capture the show's aesthetic perfectly. Plus, the names are genius. There's "MadMax," an orange hue to match the redheaded character it's named after; "Dart," a metallic green the hue of Dustin's mysterious pet; and "Eleven," a dark blood red inspired by her nosebleeds. 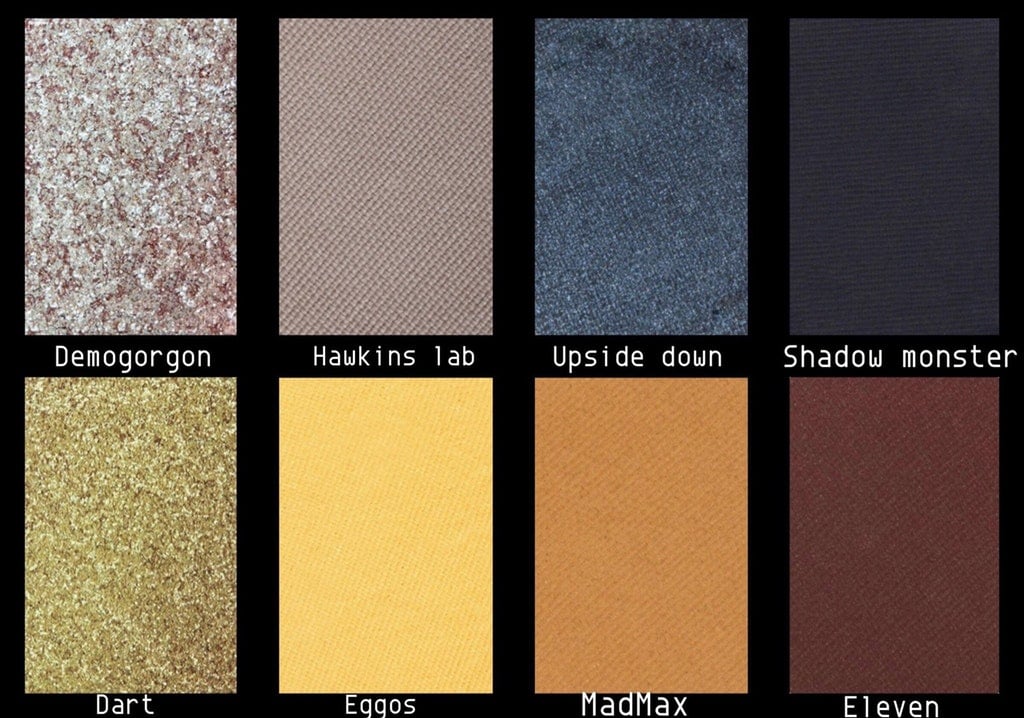 One generous Reddit user, samshine, did the maths and calculated that if you buy all the individual colours (which go for £4 to £5 each), it would come out to £42 to £46. So, if you have a magnetic palette, you can actually build this Stranger Things makeup set yourself!

The rest of us will just keep our fingers crossed for an actual palette to come soon — hopefully sooner than it took for Eleven and Mike to reunite.

Hair
Megan Fox Has Had So Many Sexy Red Carpet Beauty Moments in 2021, and the Year Isn't Over Yet
by Jessica Harrington 2 days ago

Celebrity Interviews
Billie Eilish Reveals How Her Synaesthesia Led to the Creation of Her New Perfume, Eilish
by Kelsey Castañon 4 days ago