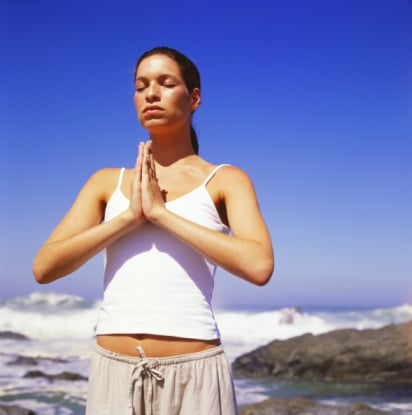 Chi is considered to be the flow of energy through the body, and also through the universe as a whole. If this energy is blocked it can lead to poor health. Tai Chi involves performing movements that stimulate the flow of chi (or 'energy') through the body. It contains combat techniques, from ancient martial arts, as well as healing ones.

The movements practiced are fluid and continuous, and often involve shifting your weight from one foot to the other, while keeping your breathing deep and regular. The concepts of yin and yang are integral to tai chi – yang (the hard, masuline force) and yin (the soft feminine force) should be balanced in order for the body to be healthy. Tai Chi involves moving fluidly from yin, to yang and back, which is believed to balance the two forces internally.

The movements are relaxed, which means blood flows to all the muscles in the body, this is undoubtedly good for the body, as well as for the skin, as it allows the movement of oxygen and nutrients. It's also good for releasing stress and as a gently stretching technique for warming u the muscles.

As you don't need to be particularly fit or athletic to do tai chi, it's ideal for older people or those who are recovering from illness. Athletes, also use it in a more rigorous form, to sharpen reflexes, balance and improve coordination. The mind, as well as the body, is helped – becoming clearer and more focused.