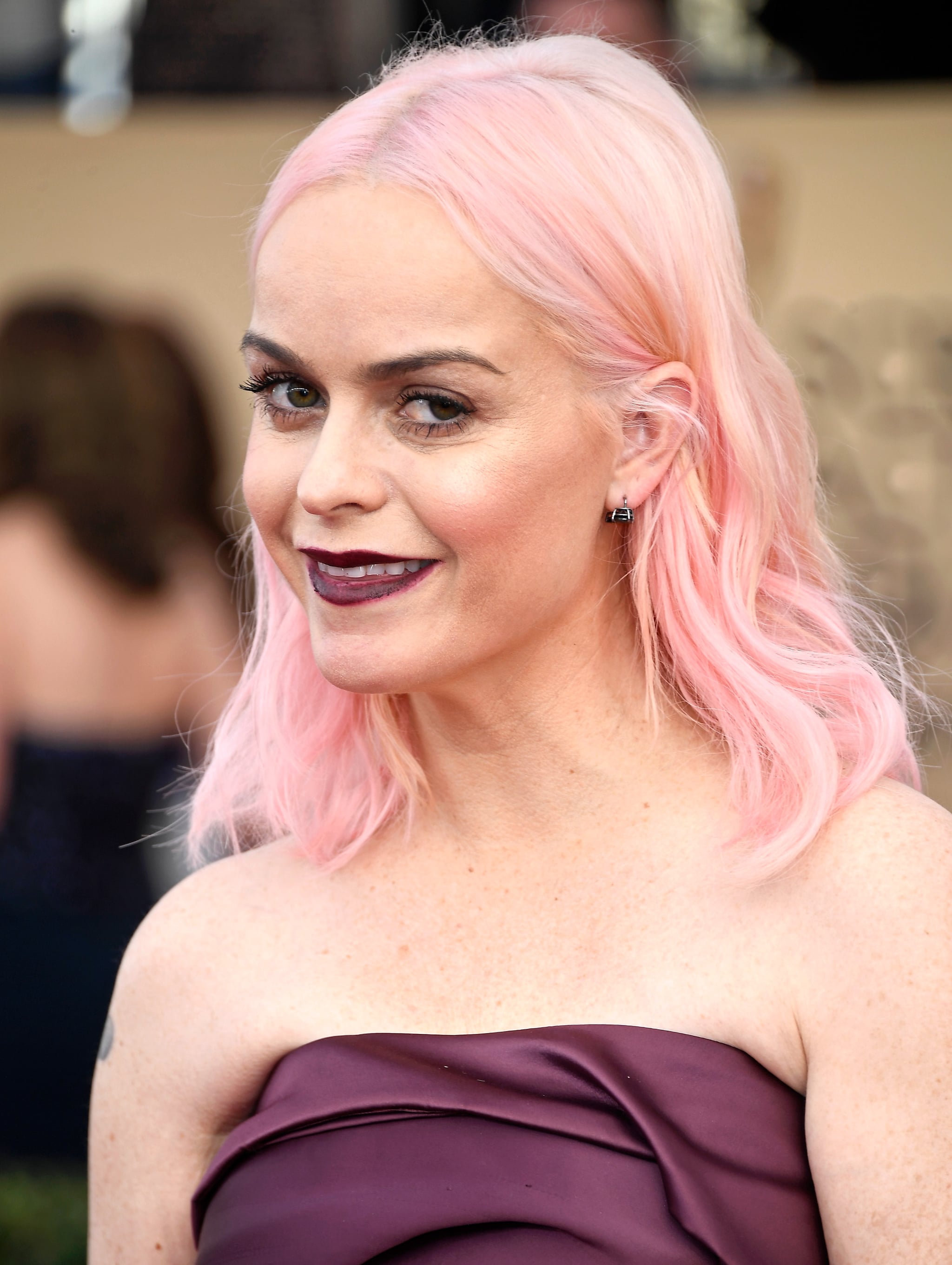 Orange Is the New Black actress Taryn Manning is the latest celebrity to convince us that pink is already the hottest hair colour of 2017. She rocked bubblegum-hued beach waves at the 2017 SAG Awards.

Taryn's bright hair was juxtaposed with a vampy, dark purple lip and dress. The colourblock style looked edgy and seemed to be the opposite of what Tiffany "Pennsatucky" Doggett would rock. (Tiffany is known for her simple brunette hair.)

What do you think of Taryn's beauty look at the SAGs?