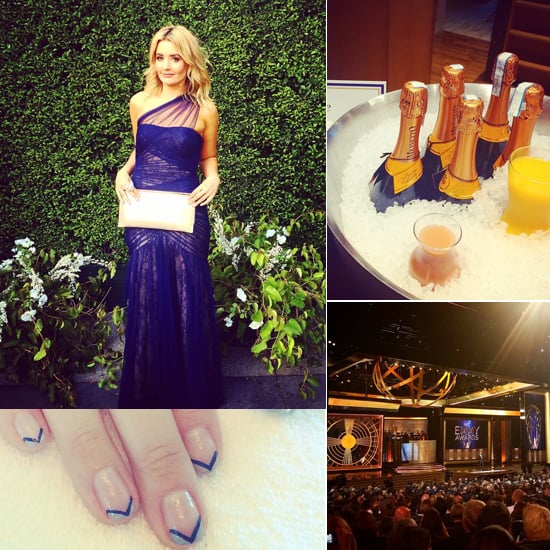 True Life: I Attended the Emmy Awards, and Here's What Happened . . .

I'm in a bit of depression. I tend to feel this way immediately following an event I've been looking forward to: concerts, vacations, and, in this case, the 66th Emmy Awards.

Since I was a little girl (who wanted to be Julia Roberts), I've always imagined going to an award show. I've been to the Grammys and a few select other music telecasts, which have been a blast, since I'm a huge music fiend. But there's something about the big three — the Golden Globes, the Oscars, and the Emmys — that makes the ceremonies particularly magical.

So, what really happens at these major events? This year, I got to experience it all firsthand — beyond reporting from the sidelines. I got primped and prepped like a celebrity, scored an A-list ticket to watch the show from inside(!), and then rubbed elbows at the afterpar-tay!