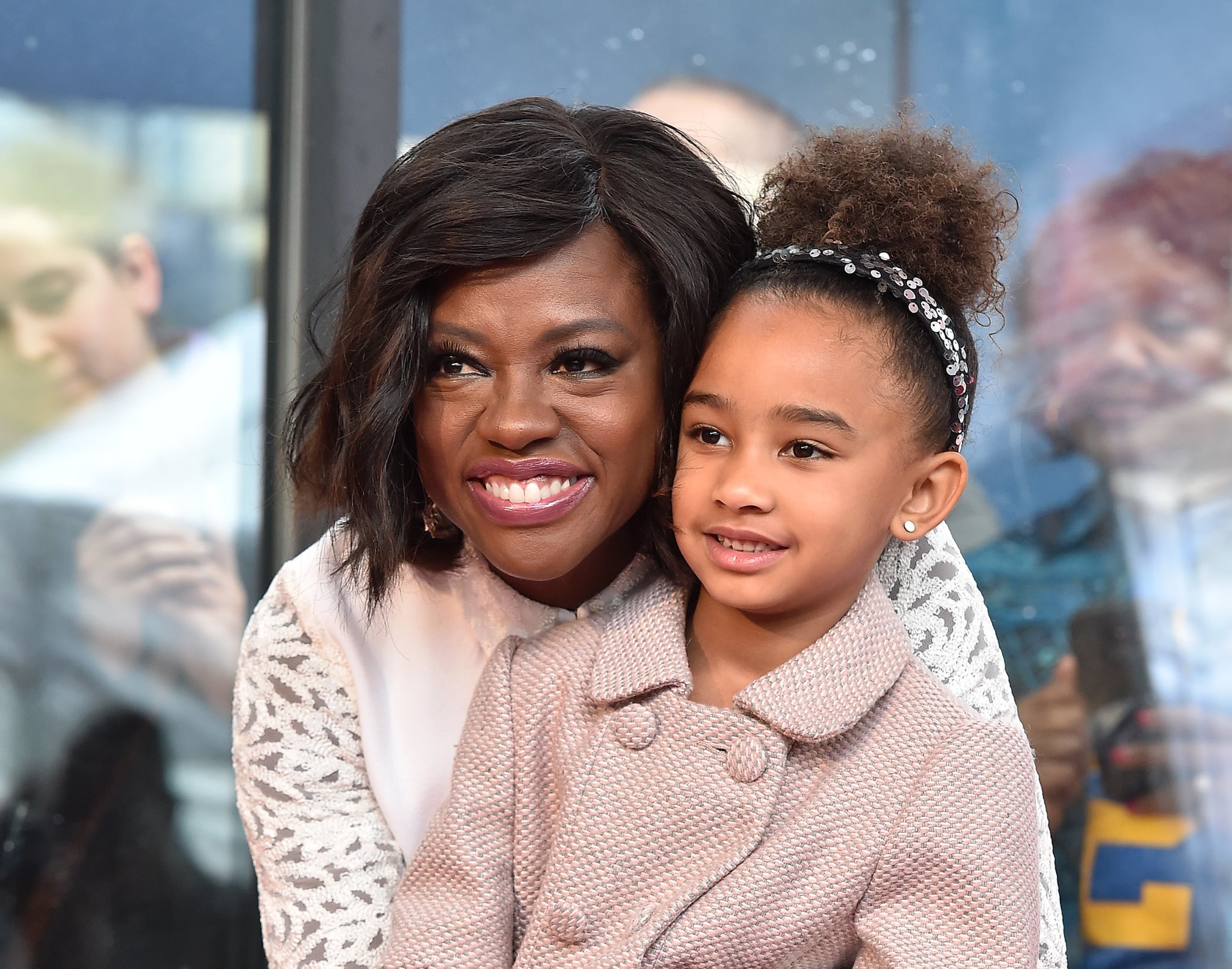 When Viola Davis took the red carpet at the 2012 Oscars, it wasn't her gorgeous, emerald green dress that turned heads — it was the fact that she was proudly sporting tight, copper-brown curls in all their natural glory. Five years after her statement-making appearance, it looks like the actress is instilling that same sense of self-love in her young daughter, Genesis Tennon.

In a recent interview with Yahoo Lifestyle, the 52-year-old star opened up about an important lesson she's taught Genesis throughout her childhood: to not "grow up wanting someone's everything." This lesson is particularly relevant during playtime when Genesis wants to dress up like a white book character or Disney princess, which may require a wig to fully embody the persona. But Davis persuades her daughter to wear her hair natural instead.

And it looks like the message has stuck with the 6-year-old so far. Earlier this year, Davis shared an adorable #TBT Instagram post in which Genesis "wanted to keep her fro" while dressing to the nines as Wonder Woman. You go, girl — rock that natural hair like it's your damn job.