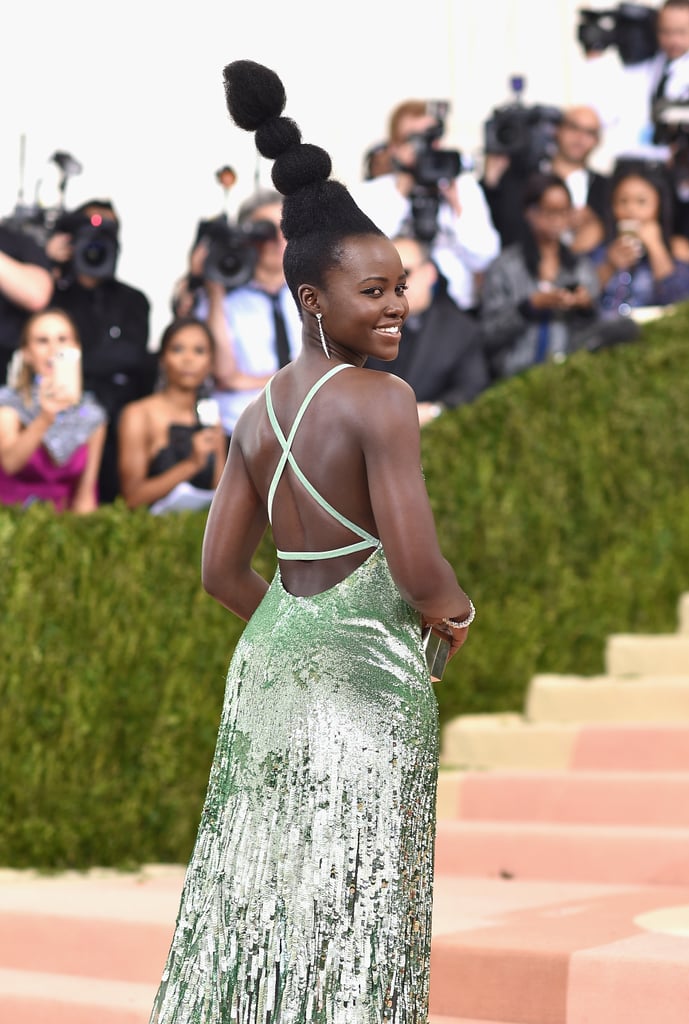 One of the most memorable beauty looks from the 2016 Met Gala was undoubtedly Lupita Nyong'o's. The star stepped out on the red carpet with a skyscraping, quadruple-bun hairstyle created by stylist Vernon Francis that wowed the media and fans alike.

Some outlets called the coif confection Seuss-inspired, while others compared the look to Marge Simpson's iconic style. During red carpet interviews, Lupita cited Nina Simone as one of her sources of inspiration. However, Vogue reported that Lupita's mane was reminiscent of a shoot the magazine did (below) with Audrey Hepburn in 1963. This outraged many of the actress's fans, who declared this article an instance of cultural appropriation.

Lupita graciously but firmly shut down that comparison in a video post on Instagram, which showcased traditional (and similar) African styles next to her Met Gala updo. "Hair inspiration. Check," she said, tagging both her stylist and Vogue in the caption.

The image has over 54,000 "likes" already, and the comments are filled with praise from her fans. Instagram user mseve1023 said, "Respectfully made a point...that was classic Lupita!!" If only we could be so calm and classy when reacting to an upsetting comment! Read on to see more.