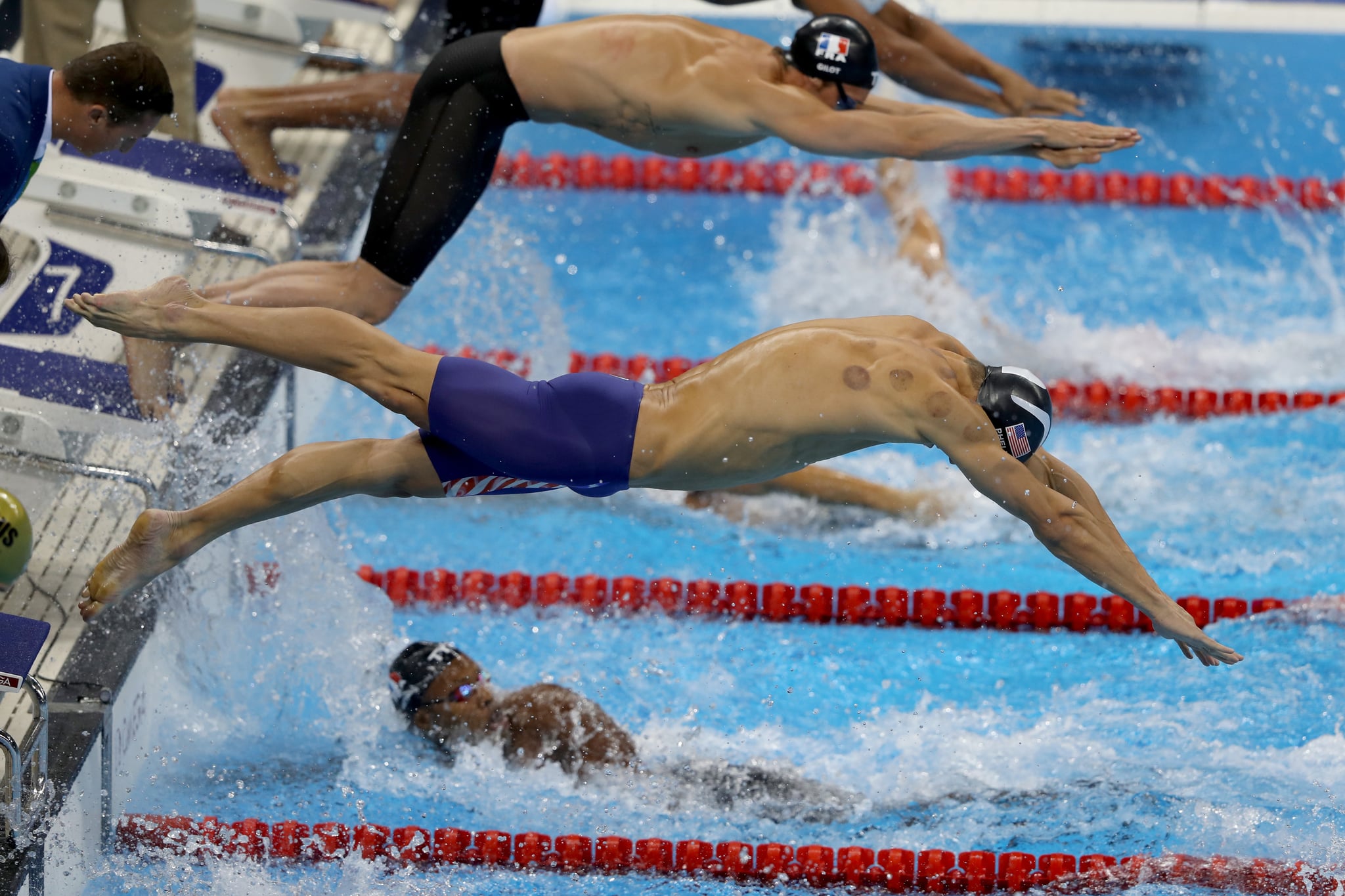 As viewers around the world are inspired by the athletes competing in the 2016 Olympic Games, some are also a little puzzled by specific characteristics of the event. Why does the bronze medal look like highlighter? Did Ryan Lochte really bleach his hair? And what are those bizarre bruises covering Michael Phelps's ripped upper body?

We're still waiting for the International Olympic Committee to produce a themed illuminator . . . and we like to think Lochte would say "jeah!" about his transformation. However, as beauty experts, we do have answers regarding those large circular marks. Phelps and many of his fellow Olympians have turned to a form of physical therapy called cupping. Most frequently used as a spa treatment to enhance massage and reduce cellulite, it also has healing properties.

"Cupping is an ancient Chinese practice," shared Michael Shanahan, massage director at Paul Labrecque Salon and Spa. Small vessels are used to create a vacuum or suction over an area. "As a result, the skin and superficial muscle layer is drawn into and held in the cup, and are usually left on one spot for up to 15 minutes."

This skin becomes reddened due to congestion of blood flow. Some practitioners even use fire to create a stronger seal between your skin and the cups (which will often produce a deep bruise). The higher level of suction applied will increase the client's discomfort, but many describe the "pulling" sensation as soothing. The marks fade after about a week.

Many athletes swear by cupping to treat deep muscle knots, increase blood flow, and relieve pain. But just like acupuncture, the treatment's efficacy is frequently questioned. Scientific studies on cupping and its benefits have been inconclusive.

These hazy results have not prevented its global fans from cupping, however. In addition to athletes, celebrities like Gwyneth Paltrow, Jennifer Aniston, and even Justin Bieber have been spotted with the telltale marks. Shanahan explained that in addition to muscle pain, it is frequently used for issues such as migraines, bronchitis, menstrual cramps, and insomnia. "Cupping is best done by acupuncture specialists," Shanahan added.

If you're interested in trying this ancient form of therapy, please ask your doctor if cupping is right for you.