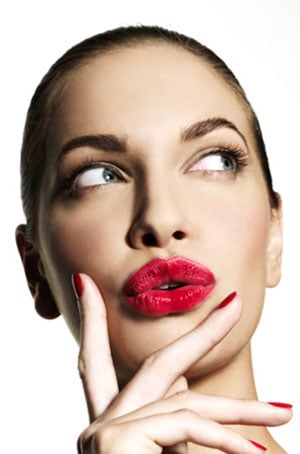 According to an article in Allure, an American beauty magazine, people touch their faces on average, a staggering 600 times per day (that's every two minutes)!

We claim that we don't know where our makeup goes by five o'clock, but now I realize that it doesn't disappear into thin air — it's all over my hands! That really makes me want to remember to wash up more regularly. Besides rubbing off my makeup — think of the germs you wipe on your skin!

I used to believe that products I bought were just full of fillers instead of being as high quality as they claimed. Perhaps that's still true, but I'm relieved to know that even though the action is involuntarily, there's some kind of explanation. What did you think happened to your makeup by the end of the day?