On Monday night, Kate Bosworth attended a dinner hosted by Chanel in honor of Vanessa Paradis who is the new spokesperson for Rouge Coco Lipsticks. She wore her hair in a high, sleek bun channeling a 1960s look. Earlier this Winter at the Golden Globe Awards, her hair was styled in a low slung plait, and at a Hollywood party in November she wore her hair all down in tousled waves. Before that, we saw her at the Met Costume Gala in structured waves, at a Chloe fashion party with a loose updo, and at an Oscars afterparty wearing her hair in an elegant roll. Out of these six styles, which do you think looks the classiest on Kate? 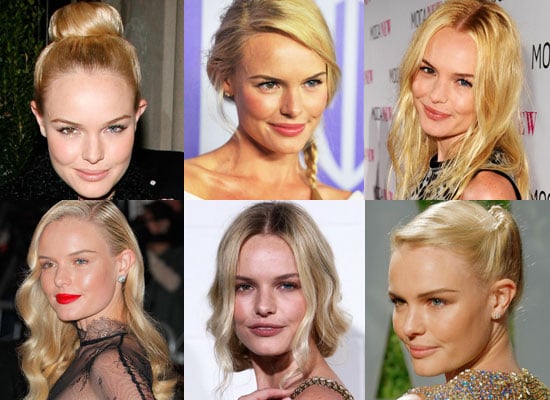 Hair
Well, That Was Fast: Billie Eilish Is a Brunette Now
by Kelsey Garcia 23 hours ago