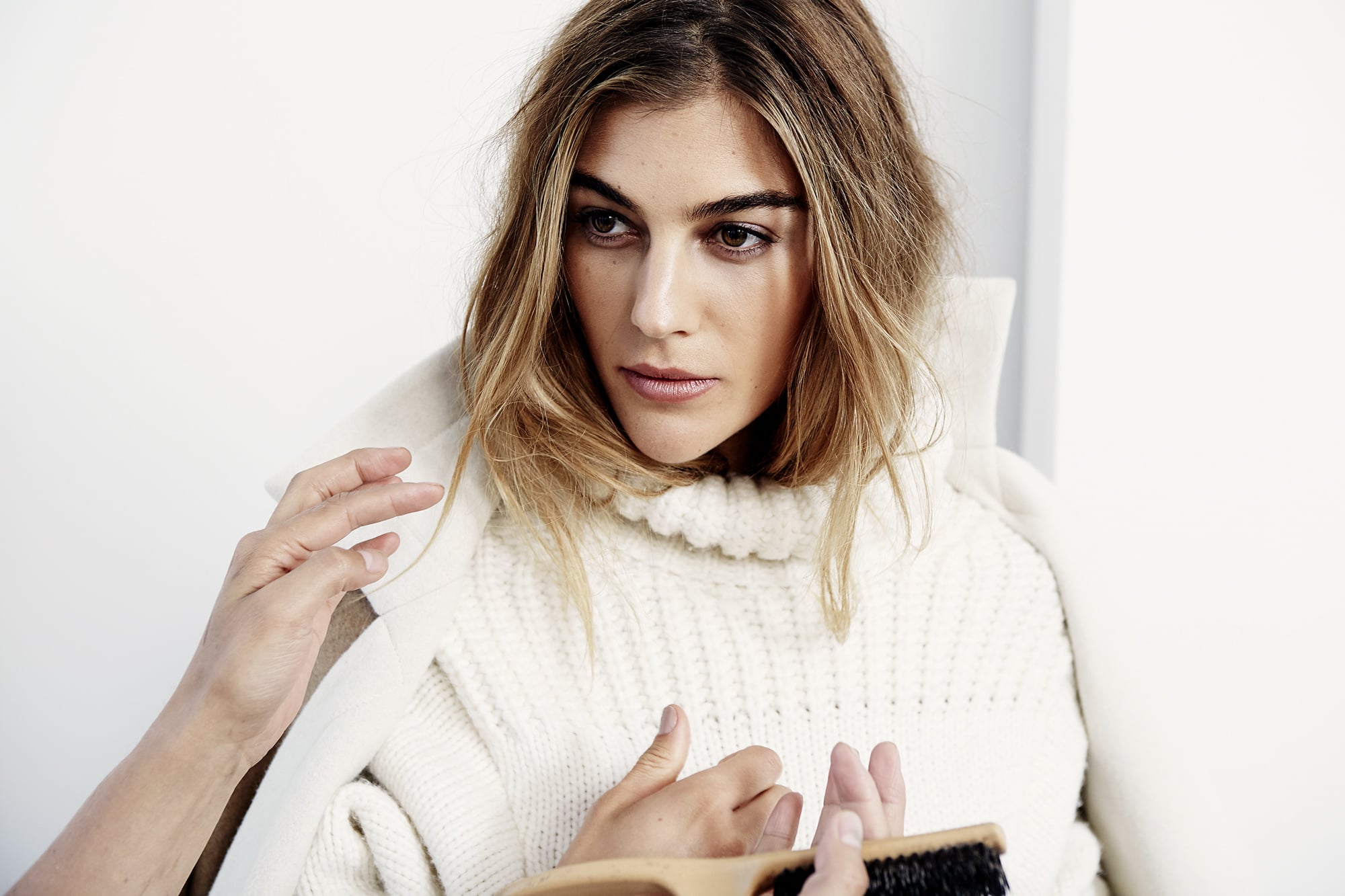 Even if your brows are on fleek, it's a fact of life: one is always slightly better than the other, and there are many hilarious memes documenting this truth. Maybe all the hairs are easily tamed and grow in the same direction on your "good brow," or the tail is robust and full. Michelle Phan once told me that arches are supposed to be like "sisters, not twins," but if you're as obsessed with beauty perfection as I am, incongruity between brows is unacceptable.

According to expert Tonya Crooks, who has defined the majestic arches of Megan Fox, Eva Mendes, and Fergie, there's a scientific reason for this. "Each brow has different muscle movement," she explained. "Sometimes this is caused by what side [of your face] you're sleeping on, [which can make] the muscles on one side weaker than the other. Sometimes it is due to how you naturally show expression."

This makes complete sense. Think about it — many women have seen a loss in elasticity on the half of their face that is more frequently mushed into their pillows. This also translates to brows, making the arch appear more slack instead of lifted.

There's logic to this theory in regard to facial expressions, too. Those who can raise an eyebrow are often only able to do this with one, leaving the other muscle weaker. Though I can arch both brows individually, I favour my right — which is also my "good" brow.

Despite this inherent brow bias, Crooks says that with extra attention and care, you can make yours look even. "The first thing I try to do with my clients is, like scales, balance the brows by giving a little to one and taking a little from the other over time to create a more symmetrical effect," she told me.

There's no need to drastically change how you fill in your arches with makeup. Just take a step back from the mirror after every few pencil strokes. "You have to look at your face and adjust the steps slightly per brow," Crooks insisted. One might need a bit more colour at the front, while the other needs a darker tail.

Overall, though, there's no reason to despair if you can't conquer the asymmetry between your brows. One of your feet (or one of your breasts!) is likely larger than the other, and it's just another one of those little imperfections that make you uniquely beautiful. Embrace your "bad brow" — it's still on fleek as it is.

Hair
I Tried Plopping My Hair Like I Saw on TikTok, and It's Completely Changed My Routine
by Jessica Harrington 2 weeks ago