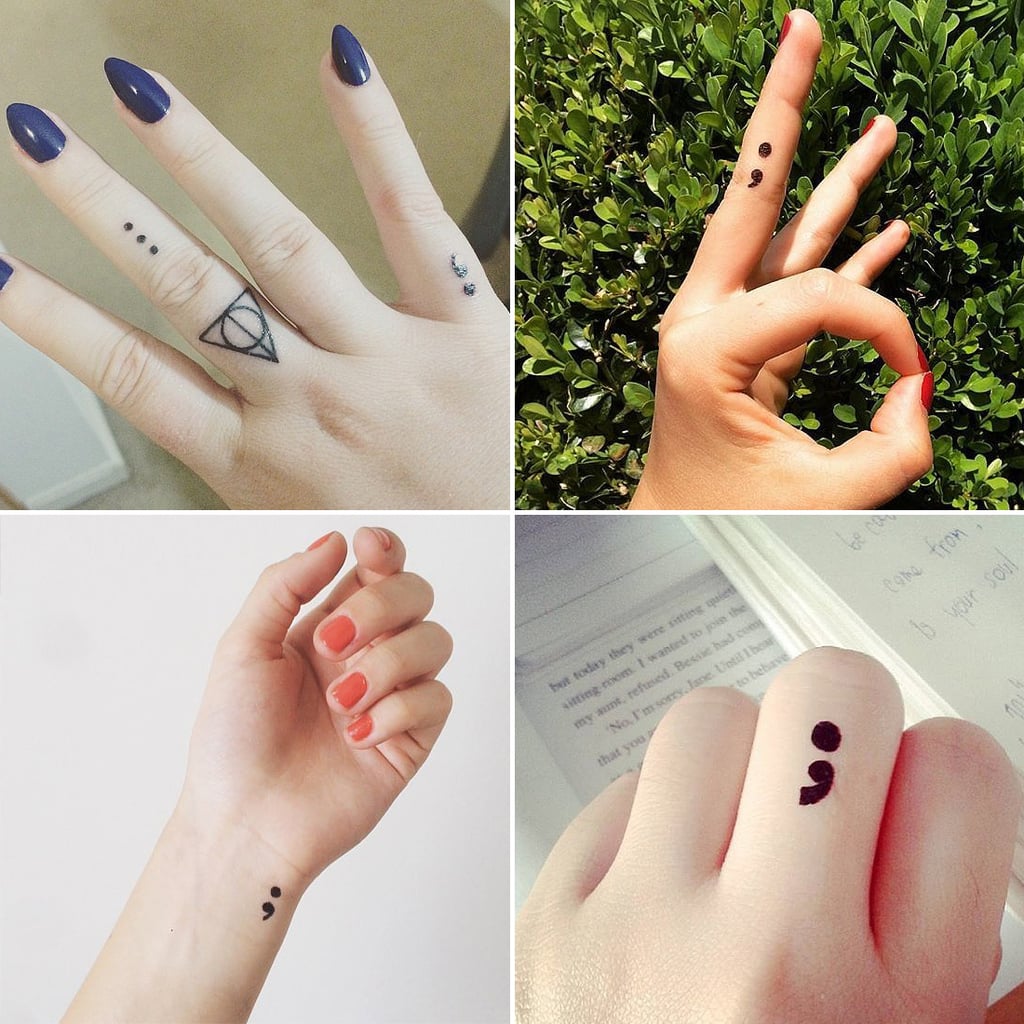 You Need to Know What the Semicolon Tattoo Really Stands For

Behind every tattoo there's a story waiting to be told. Some will make you smile while other tiny tattoos leave you deeply moved. For those part of the #semicolonproject, the image is more than just a punctuation symbol. It's a reflection of the individual's personal struggles with depression, suicide, or other mental health issues.

Founder of Project Semicolon Amy Bluel said, "A semicolon is used when an author could've chosen to end their sentence, but chose not to. The author is you and the sentence is your life."

After losing her father to suicide, Amy founded the nonprofit organisation to raise awareness about mental health. The semicolon symbol not only represents the difficulties people face but also their will to live on. Project Semicolon encourages people to post images of their tattoos and since its conception, many social media users have shared their emotional stories through the viral hashtag.

Read on to see and be inspired by these personal inks!