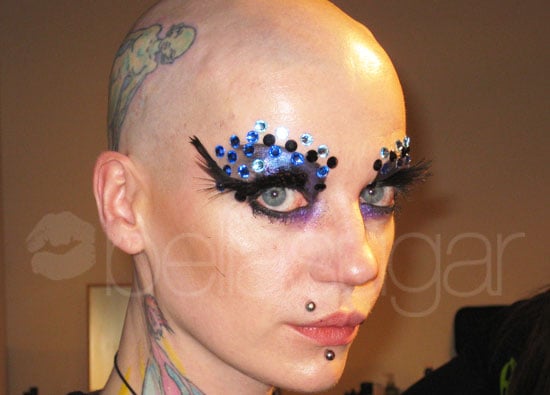 The 21 models for the show were all street cast. Some were dancers, drag queens, singers and artists, as Ziad wanted real people to showcase his latest collection. The one theme that all of the models have in common were rhinestones on their eyes and the use of eye shadows on the lips. The colours ranged from blues to violets to reds and most of these highly pigmented products were from MAC. However, surprisingly, the sponsors of the show were Dr. Kadir and Per-fekt Beauty so that the makeup artists were free to focus on the best products from different brands and concentrate more on skincare.

To read about the different skincare and makeup products used for this outrageous show, just read more.