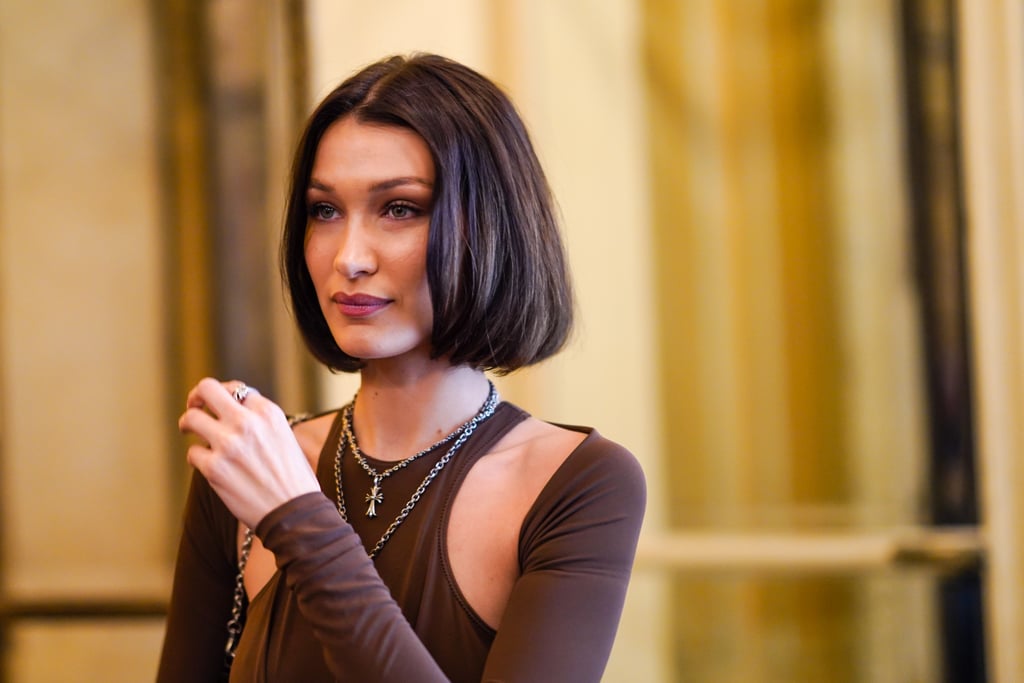 Do You Also Feel a Sudden Chill in the Air After Seeing Bella Hadid With Platinum Hair?

Bella Hadid lightened up her look, if only for a day. The model recently appeared in an Alexander Wang campaign with a platinum blonde wig — a striking departure from her usual dark brown, borderline black hair colour. With the campaign finally out, Hadid was then able to share a selfie video from the Nov. 2 shoot, which offered a closer look at her dramatic transformation.

This isn't the first time we've seen the hair colour on Hadid: she previously wore platinum hair in a daring cover shoot for Paper magazine in 2016. And though it's easy to forget, her natural hair colour is actually a dirty blonde shade similar to that of her sister Gigi Hadid, though of course still a far cry from platinum. See pictures of the icy look ahead, and enjoy a video of Hadid and Wang playing pictionary on set.

Hair
We Found 31 of the Coolest, Most Unique Hair-Colour Ideas For Your Post-Lockdown Transformation
by Tori Crowther 2 days ago