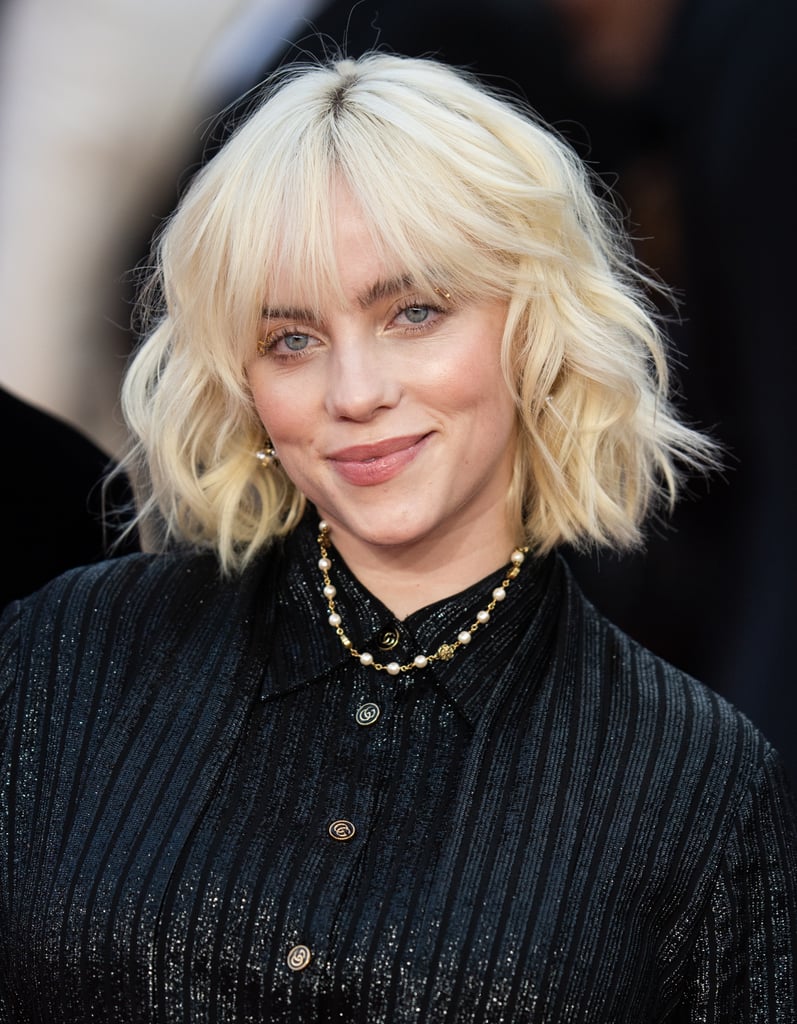 Billie Eilish hasn't always been open about her tattoo collection. For the longest time, she didn't show off her first tattoo and even went as far as saying fans would never see it, but that all changed with her June 2021 British Vogue cover. When the photos of the upcoming print issue were released in May, Eilish's previously secret dragon tattoo could be seen slithering up her thigh.

Since then, Eilish has added one confirmed new tattoo to her collection (although, given her ability to keep a secret, who knows how many designs she really has). It's a small fairy tattoo on her hand that she debuted at the world premiere of No Time To Die in London on 28 Sept. Both the dragon and fairy design have left us wondering: what do they mean? While Eilish is still tight-lipped about the significance behind the body art, fans have speculated on the meaning of each and devised their own theories.

Ahead, get a closer look at Eilish's two known tattoos and potential meanings.

Hair
First Megan Thee Stallion and Now Saweetie? Red Hair Is Definitely Having a Moment This Autumn
by Victoria Messina 6 days ago