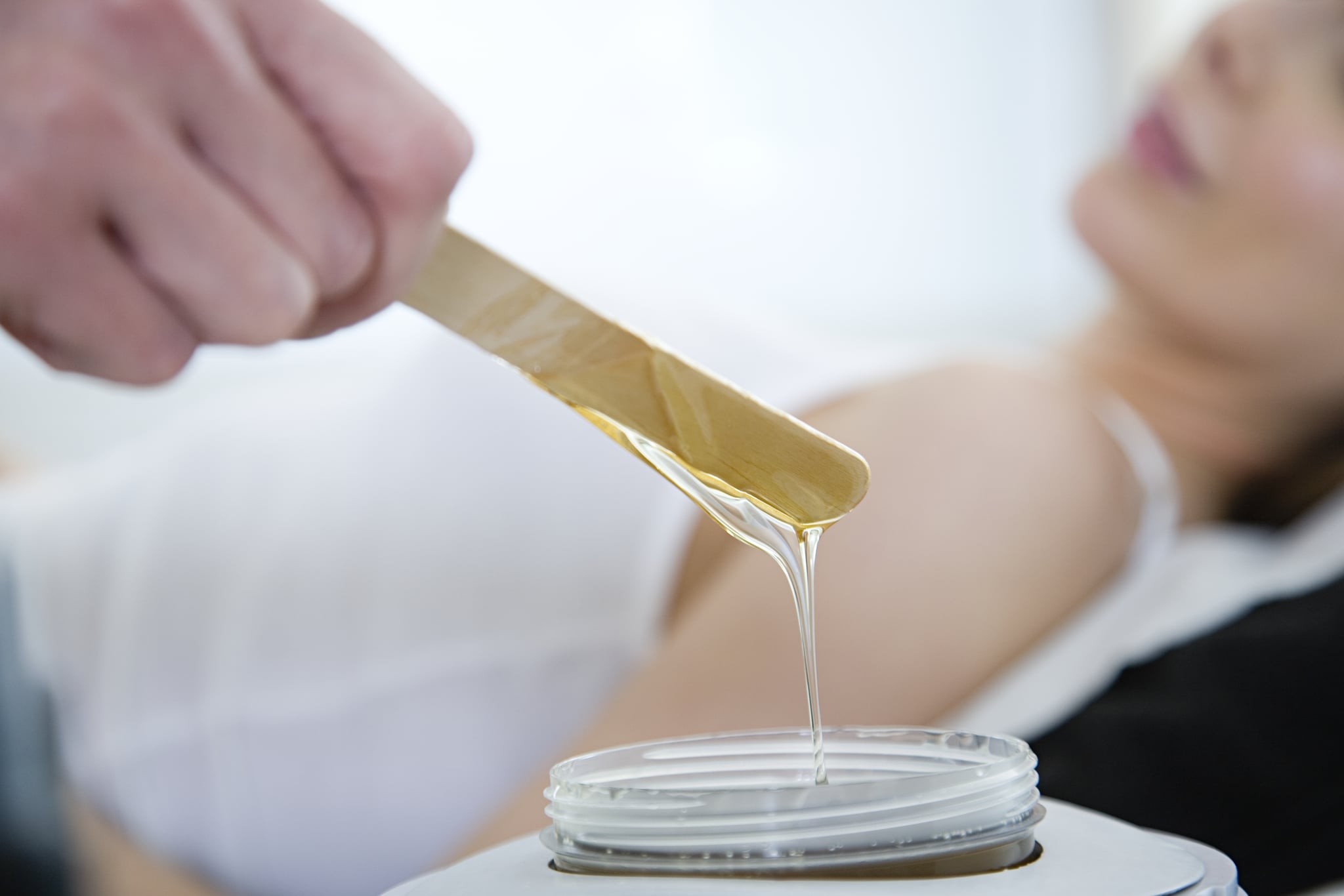 Up until 2 months ago, I hadn't shaved down there in over four years. I had a standing Brazilian appointment at European Wax Centre and you could find me there, like clockwork, every four weeks. I was always told that no matter what, I shouldn't try shaving in between waxes, because it would make the next session more painful. When my city closed all nonessential businesses back in March, I held out for a little over a month before coming to the realisation that I was going to have to shave. I had always dutifully listened to my aesthetician's advice, but I was at the point where I couldn't take it much longer.

My first attempt at shaving went terribly. I was not prepared for how spiky and sharp my hair would feel post-shave, the nicks and cuts, or the feeling that with one wrong move I would suffer from severe rug burn due to my vagina stubble. Also, I wasn't even going to attempt shaving the hair back there. Putting a razor in an area I could barely see without a mirror? No thank you. Swearing off shaving for good left me with two choices: grow out a full bush or learn how to DIY a Brazilian wax.

Thinking back to everything I knew about DIY waxing, one anecdote stuck in my mind. During one of my past waxing appointments, in an effort to make the waxing experience a little less awkward, I asked my aesthetician if she got waxed or waxed herself. "Don't ever try waxing yourself," she told me sternly. "One time a girl came in here after trying that, but the wax had dried on her hair because she was too scared to pull it off. She was lucky we were able to get it off. She was about 30 minutes away from having to go to the hospital."

This story ran through my head every time I considered giving myself an at home wax. I knew I was brave, but just how brave? Was I "rip my pubic hair off with hot wax" brave? I wasn't sure. With that thought in mind, I realised I needed back up. I considered my options. I could call my mother, but she couldn't do much more than cheer me on through FaceTime. Could I ask a friend who lived down the street? My cousin?

The answer sat there on the couch next to me, watching Homeland: My boyfriend. Yes, he would be the one to go into battle with me. We could do this together. "Would you be willing to give me a Brazilian wax?" I asked him. "Sure," he said noncommittally. My eyes lit up as the wheels in my brain started turning.

A few days later when I brought up his everlasting love for me and his commitment to help me wax my nether-regions, he was still game. I already owned the Bliss Poetic Waxing Hair Removal Kit (£38) that had great reviews online. One of my coworkers had even tried it herself and noted that it was one of the less painful kits she had tried, albeit messy. 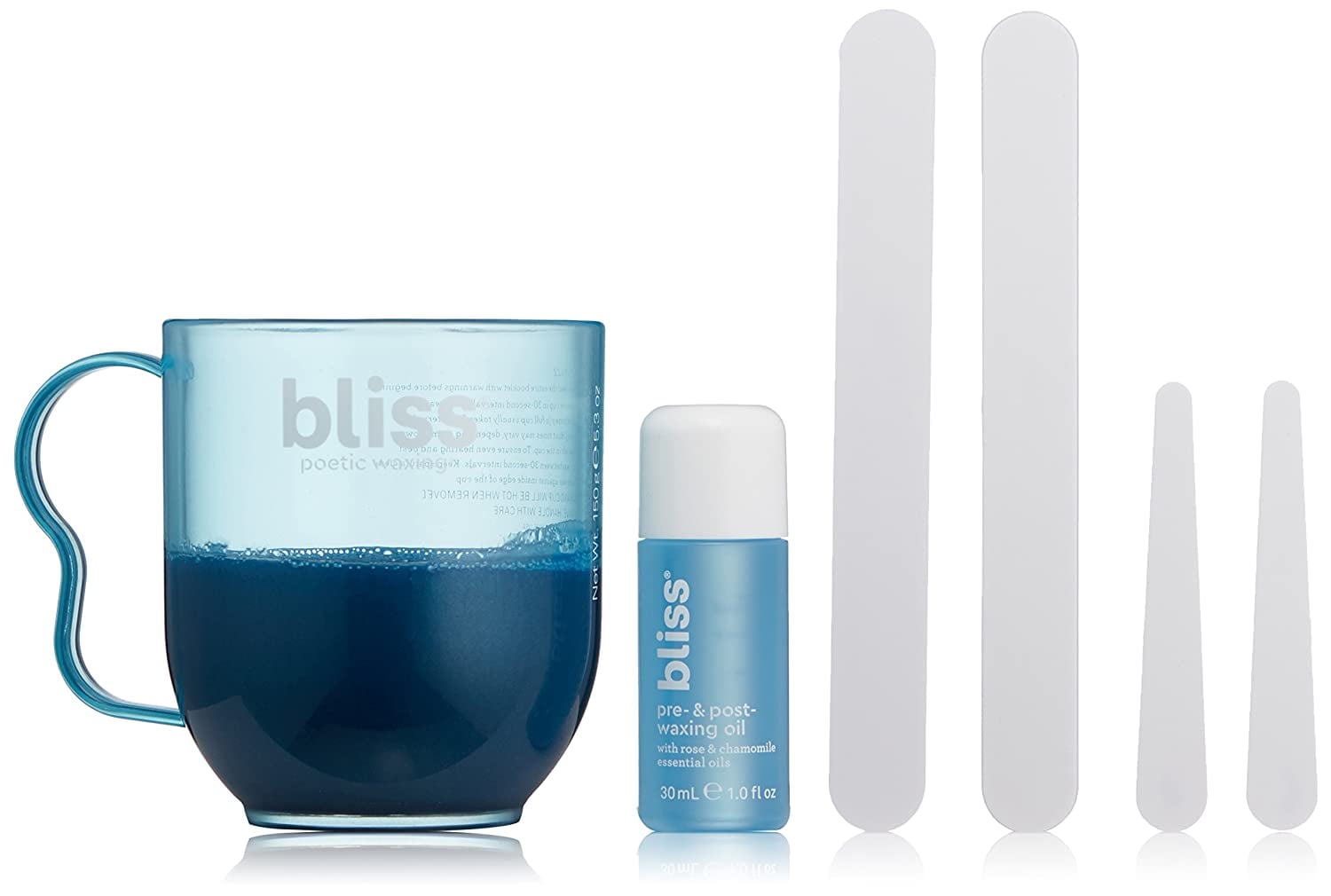 There were a few things I opted not to tell my boyfriend prior to beginning our waxing experience together. The first was that my aesthetician had given me the nickname "The Flincher" because every time she applied hot wax I would flinch. I figured my boyfriend would figure this out on his own. The second was that I was on my period. I had been waxed plenty of times while on my period, and I did what I normally did — showered and made sure I had a fresh tampon in. Again, I filed this under the "things my boyfriend would soon find out" category.

Prior to beginning, I read the wax kit's instructions in their entirety, and decided my boyfriend should hear them as well. As I sat there explaining the laundry list of tips to him, I could see everything going in one ear and out the other as his eyes glazed over. Figuring our best bet was just to dive right in, I shut up and decided to get to it.

The first thing we did was set up our space. I looked around for an area I could lay on that was about the height of a massage table, and my eyes landed on our kitchen counter. Not the most sanitary, but desperate times call for desperate measures. I laid two bath towels down and brought my full length mirror into the kitchen, where I set it against the fridge. Just because I was willing to let a licensed aesthetician do her magic with my eyes closed, did not mean my boyfriend was going down there unsupervised with hot wax in hand.

The waxing kit we used needed to be heated up in the microwave in 30 second intervals, which felt like a lifetime. Both of us were nervous, and by the time we hit our fifth minute I was worried my boyfriend was going to lock himself in a bathroom and refuse to come out. Finally, after the 6th minute, the wax seemed hot enough to apply. I hopped up on the kitchen counter and butterflied my legs.

At this point in time my confidence was beginning to sway, and I could feel myself starting to sweat. Who did I think I was? The girl who hopped on the kitchen island 10 seconds ago and butterflied her legs without a care in the world was not the same girl staring at me in the mirror. I was not a professional, and neither was my boyfriend.

I took deep breaths and tried to calm myself down. I mixed the wax and began spreading it over a patch of hair. My boyfriend came over and held my back so I could relax against his arms while I pulled the first strip. When it came time to do the actual pulling, I was a mess. My hands were sweating and my brain was melting at the thought of ripping this hair out. Seeing my hesitation, my boyfriend tried cheering me on, "Just rip it like a bandaid!" When that didn't work, he decided it was time to take the reins. He told me to lay back and get comfortable, and he got to work. As you can imagine, the first few strips were shocking, but eventually we got into a rhythm.

We got through the rest of the waxing fairly painlessly (OK, as "painless" for a Brazilian wax done by someone who has never done it before as it gets), with my boyfriend stopping occasionally to ask questions. He quickly adopted the motto of "scoop and spread" when applying the wax, as well as "breathe in, breathe out" when pulling strips of wax. Toward the end I was actually starting to feel like I was in a salon. A very inexpensive, not totally sanitary, and unlicensed salon.

The final portion was waxing the area that made this a "Brazilian" and not a "bikini" wax. The backdoor, if you will. This section went over fairly smoothly (get it?) except for my boyfriend's discovery of my haemorrhoid. His original commentary of "there are pieces of your butt coming out of your butt" was met with panic until I realised what he was talking about and very loudly and impatiently replied, "THAT'S MY HAEMORRHOID!" Thank you to my boyfriend for discovering this and pointing it out multiple times throughout the process. He's nothing if not efficient.

Overall, while I did find myself stressed out for much of the experience, I also found myself laughing 99 percent of the time. I am truly proud of the fact that my boyfriend was able to handle this task in stride with a very minimal amount of complaining. Although I was pulling wax off of my butt in the shower for two days afterward, I would definitely do it again. Also, the kit was only £38 and my boyfriend's labour was free, so cheers to that! 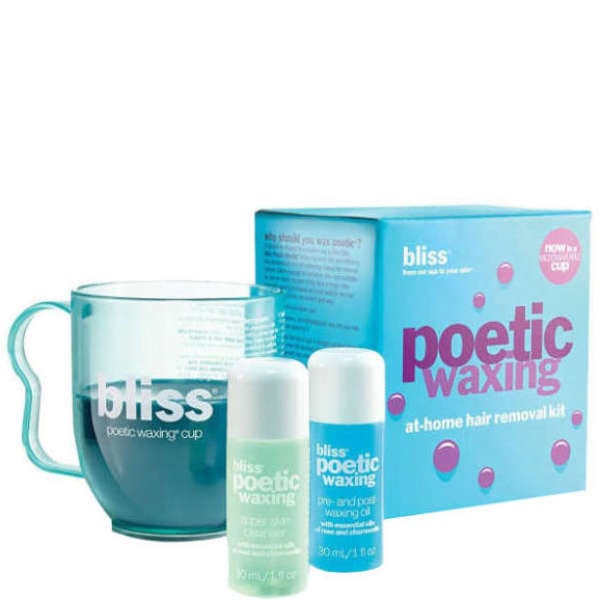 Hair
This Hair Tutorial Has More Than 2.3 Million Likes on TikTok, So I Tried It
by Renee Rodriguez 1 week ago