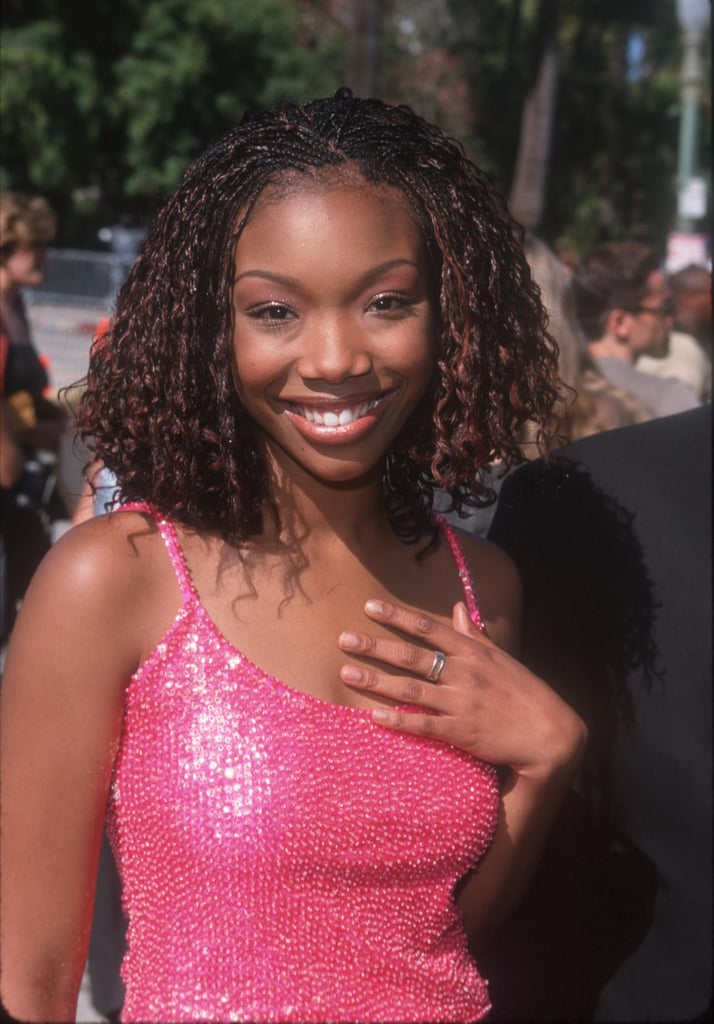 ICYMI: Brandy and Monica came together earlier this week for a record-shattering Verzuz battle that delivered a heavy dose of nostalgia to '90s R&B lovers everywhere. The two music legends spent hours running through their discographies as millions of fans watched along via Instagram Live and Apple TV, and as the highly-anticipated event took place, many viewers discussed and shared memes on social media. While the music and the memories were the main focus for the night, there were plenty other fans who couldn't help but point out a fun detail about Brandy, which is that she's basically the queen of protective styles and has been for almost her entire career.

From the early years of Brandy's career when she released her first two albums up until now, braids and protective hairstyles have become synonymous with the singer. She wore braids when she played Cinderella in the live-action adaptation of the fairy tale in 1997 and throughout the entirety of her time on Moesha. Over the last two decades, she's worn them in all kinds of variations — microbraids, box braids, knotless braids — at red carpet events and outings. True to form, for Monday night's event, she wore waist-length braids that were installed by Los Angeles-based braider, Jackie Martinez Ali.

Read ahead to see how Brandy's braids and protective styles have evolved throughout her career.