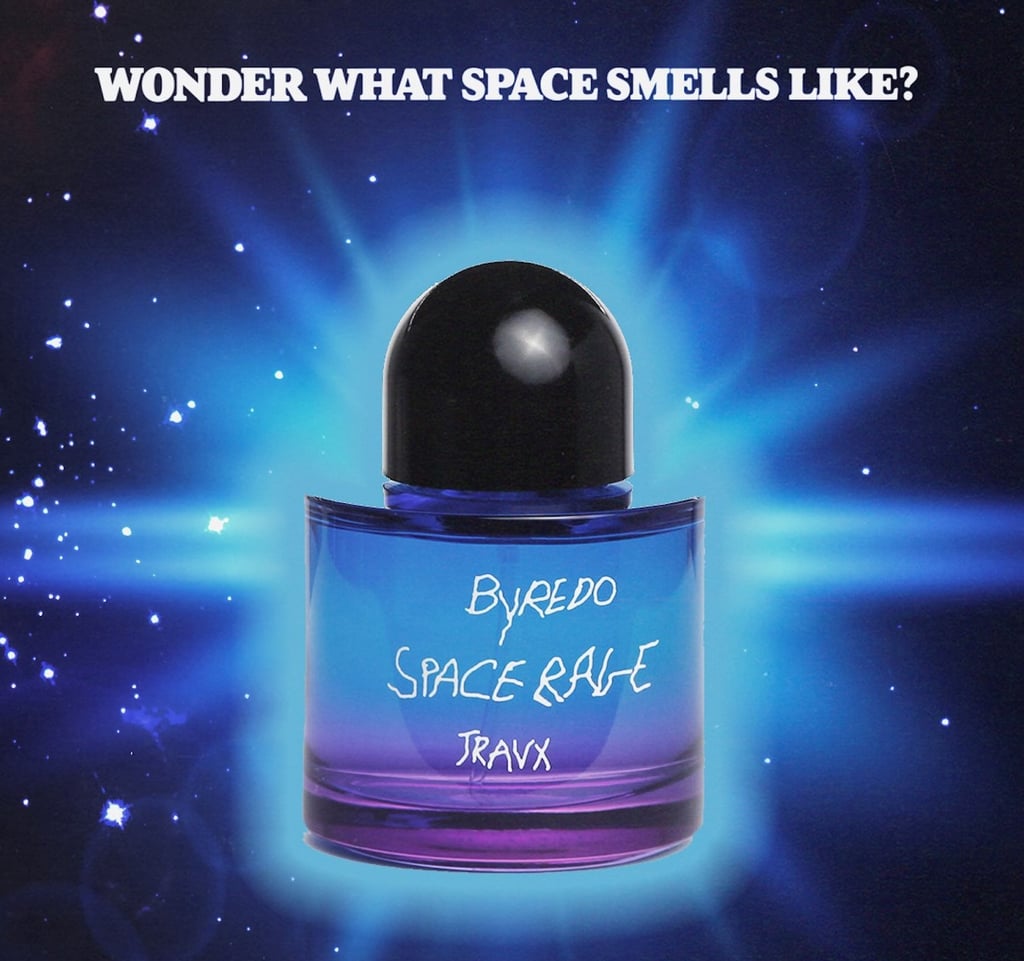 Byredo and Travis Scott's Space Rage originally launched in Dec. 2020 and sold out in less than 24 hours, but the Swedish brand is giving us a new year's treat and restocking the exclusive fragrance on Tuesday, 19 Jan. We hope you have a good internet connection because the Travx Space Rage is guaranteed to sell out just as quickly the second time around.

Travis Scott is a celebrity with range. Who else is scoring collaborations with Barbie and McDonalds in the same year, and then going on to create a perfume and scented candle with one of the most influential fragrance companies in the world? Byredo x Cactus Jack's collaboration Travx Space Rage includes the Cactus Jack For Byredo Travx Eau de Parfum (£175), and the Cactus Jack For Byredo Travx Candle (£65) that smells like the enchanting mysteries of outer space.

Byredo and Travis Scott wanted to create a fragrance that is inspired by how they think space would smell, although we don't know what it actually smells like since there is literally no air in space. The exciting mystery scent boasts top notes of cosmic dust, antimatter particles, heart notes of starlight, supernova, and base notes of atmospheric vapour and dark nebulae. Fancy a whiff of this dreamy collector's fragrance yourself? Keep reading ahead for how to shop.