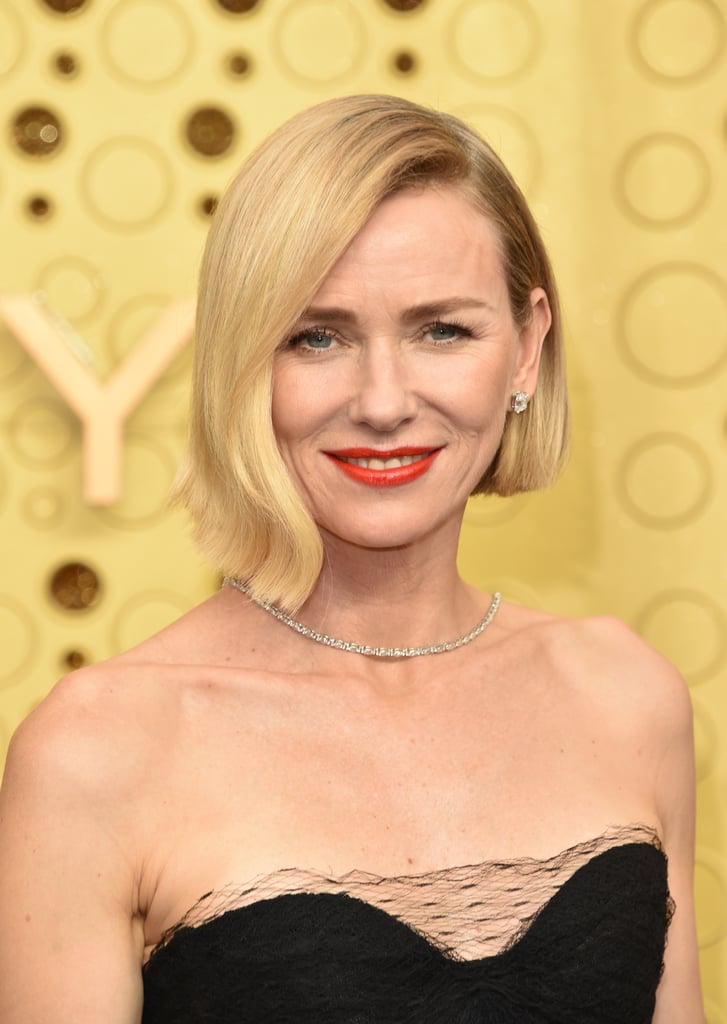 It's official, there's no getting away from the bob haircut — and we're not mad about it one bit. If you've been considering getting the cut, there's only one place you need to look for ideas: the 2019 Emmy Awards. The annual awards ceremony served up so many different bob hairstyles, we're almost certain you'll be convinced to get the chop. Each celebrity reinterpreted the haircut in their own way: Lyric Ross made a case for the blunt bob, Naomi Watts's asymmetrical bob deserved an Emmy of its own, and Maisie Williams swapped her pink-hued hair for a choppy brunette bob.

Whether you're thinking of getting an blunt, asymmetrical, a supershort bob, or an inverted bob, these celebrities have tried each and every one to give you all the inspiration you could ever need. Ahead, get a closer look at all of the looks from the night.