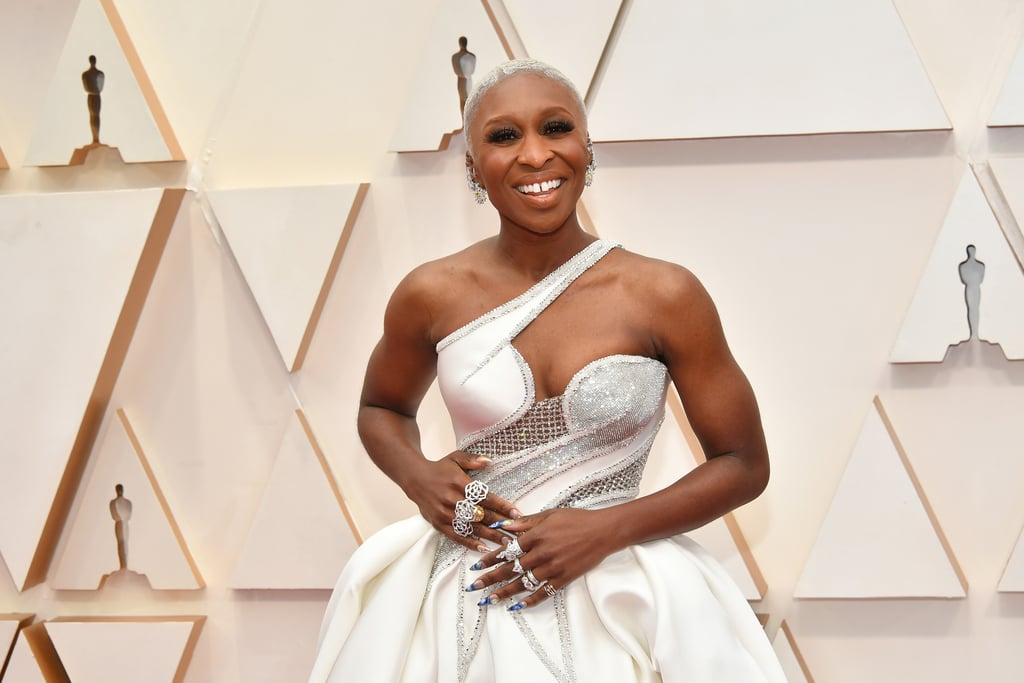 Cynthia Erivo stepped out at the Oscars sporting nail art that was so stunning, we wouldn't be mad if she received an award for that alone. The Harriet star, who was nominated for best actress, appeared at the ceremony sporting a slightly modified version of the french manicure. Her nails, as explained by artist Gina Oh, featured a trendy design of Vincent Van Gogh's classic "The Starry Night" painting on one hand while the other hand featured an ode to Harriet Tubman and the North Star. According to a few of Oh's Instagram Stories, she used Christian Louboutin nail polish to get the look.

Take a closer look at Erivo's Oscars nail art ahead.

Celebrity Beauty
More of This, Please: Lourdes Leon Normalises Body Hair in a Selfie With Mum Madonna
by Karenna Meredith 23 hours ago