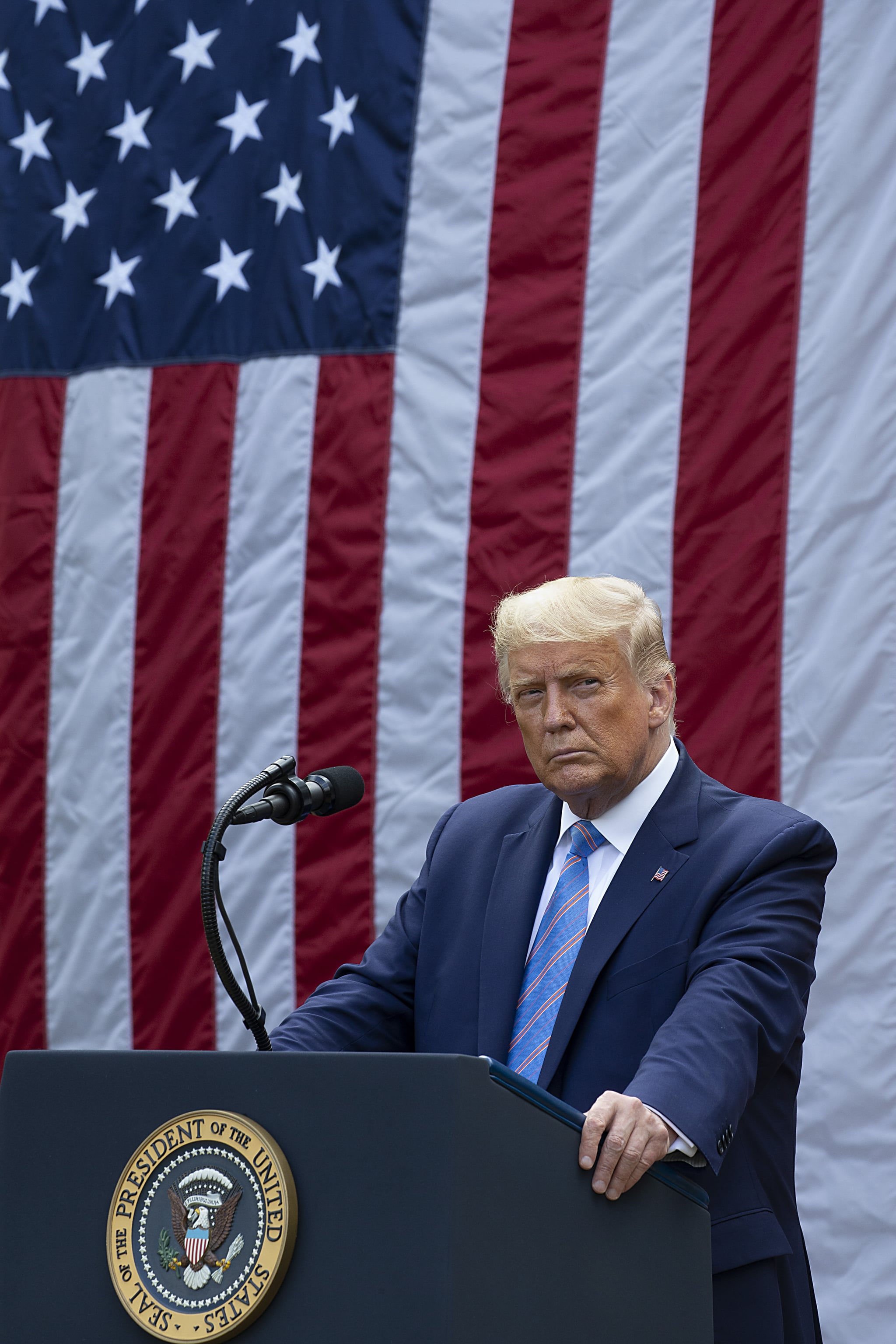 Earlier this week, The New York Times published an extensive look at Donald Trump's taxes over the course of two decades, in which it was revealed that the president wrote off $70K worth in personal hairstyling services during his time on The Apprentice as a "business expense."

This number, of course, was a blip in the larger pool of considerable tax write-offs (including the $95,464 put toward Ivanka Trump's hair and makeup artist) but the wider blasé response on the topic does underscore the sexist double standard of acceptable beauty spending — not to mention expectations — placed on high-profile female public figures compared to their male counterparts. It highlights the unfair and disproportionate opinion and intense physical scrutiny that women in politics face versus men, all the way up to the POTUS himself.

For a better understanding of this blatant inequality, look at the backlash Congresswoman Alexandria Ocasio-Cortez faced after getting her hair cut and coloured ahead of her birthday last October. While she paid for the treatment herself, when a conservative news outlet reported her bill was "nearly $300," critics flooded Twitter with comments like, "She could have gone to Supercuts," and, "Practice what u preach!" Can you imagine the uproar, then, if she were to write it off on her taxes, calling it an "ordinary and necessary" expense to avoid paying the IRS?

Ocasio-Cortez addressed the hypocrisy in one illuminating tweet, in which she asked: "Where's the criticism of their idol spending $70k on hairstyling?"

Last year Republicans blasted a firehose of hatred + vitriol my way because I treated myself to a $250 cut & lowlights on my birthday.

Where’s the criticism of their idol spending $70k on hairstyling?

For women in politics, the double standard on keeping up appearances is alive and well — and is, to be clear, nothing new. For decades, Hillary Clinton has been asked about her hair and makeup instead of her policies. She, too, has been chastised by members of the Republican party for spending her own money on a haircut. Even former First Lady Michelle Obama has had to carefully calculate how she styled her hair to avoid scrutiny given the conservative nature of politics.

In Clinton's 2017 memoir, What Happened, she wrote, "I'm not jealous of my male colleagues often, but I am when it comes to how they can just shower, shave, put on a suit, and be ready to go. The few times I've gone out in public without makeup, it's made the news. So I sigh, and keep getting back in that chair, and dream of a future in which women in the public eye don't need to wear makeup if they don't want to, and no one cares either way."

Until the world gets to a place where no one cares either way, though, it's never been more important to care. When disparate attitudes on Trump's spending on haircuts compared to that of any female politician ceases to exist — and only until we, as a society, realise that the protein fibres on somebody's head does not dictate whether they can help the economic crisis, or racial injustices, or even a pandemic — will it ever be "just hair."