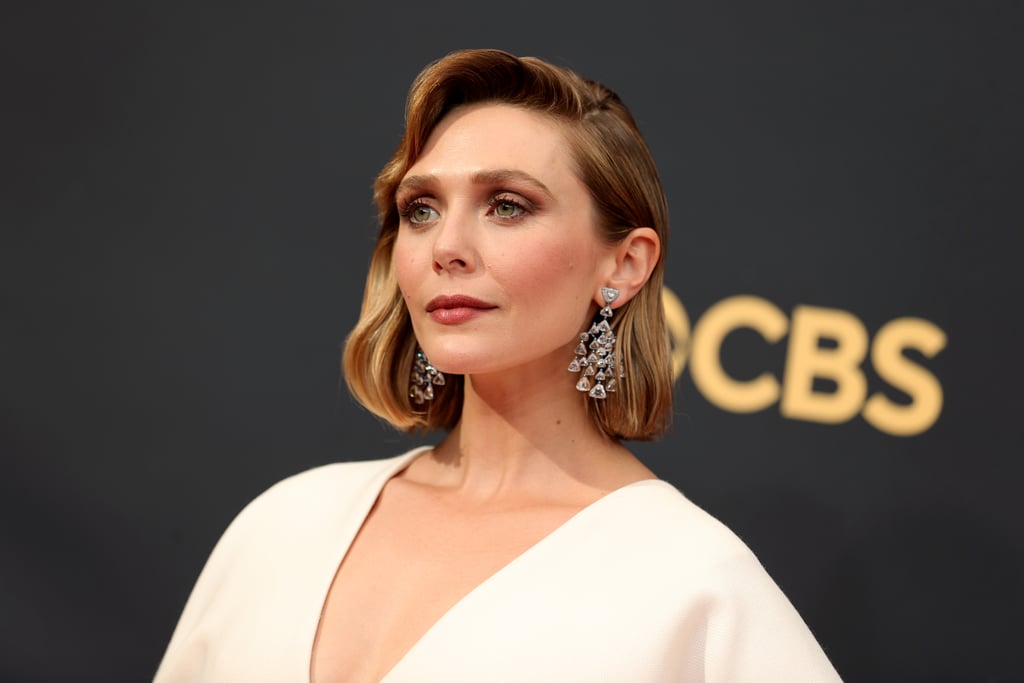 Elizabeth Olsen's Bob Haircut at the Emmys Was Inspired By Grace Kelly (Can't You Tell?)

Elizabeth Olsen looked like a dream on the red carpet at the 2021 Emmys. The WandaVision star showed up wearing an all-white gown by The Row, her sisters Mary Kate and Ashley Olsen's brand, and she topped off the chic ensemble with a freshly chopped bob haircut and 1940s-inspired side-swept bangs.

Olsen's hair was parted in a deep side part that gave her look some added drama and it had a slight wave to it. Celebrity hairstylist Adir Abergel, who Olsen often works with, is behind the look.

"I was immediately in love with the shape of her dress and wanted to create a similar silhouette with the hair," Abergel said in a press release. "Her hair was cut into the perfect length bob, which helped me in designing a modern style. I pulled images of Lauren Bacall and Grace Kelly, and balanced them with references of minimalism to make sure the look felt modern."

Abergel used Ghd and Virtue Labs products to get the sleek style and he shared a few behind-the-scenes photos and videos of their glam time together on Instagram. He captioned one of the posts "New cut, New vibes," and another video, "It's all in the details," which gave gave a close-up look at her hairstyle.