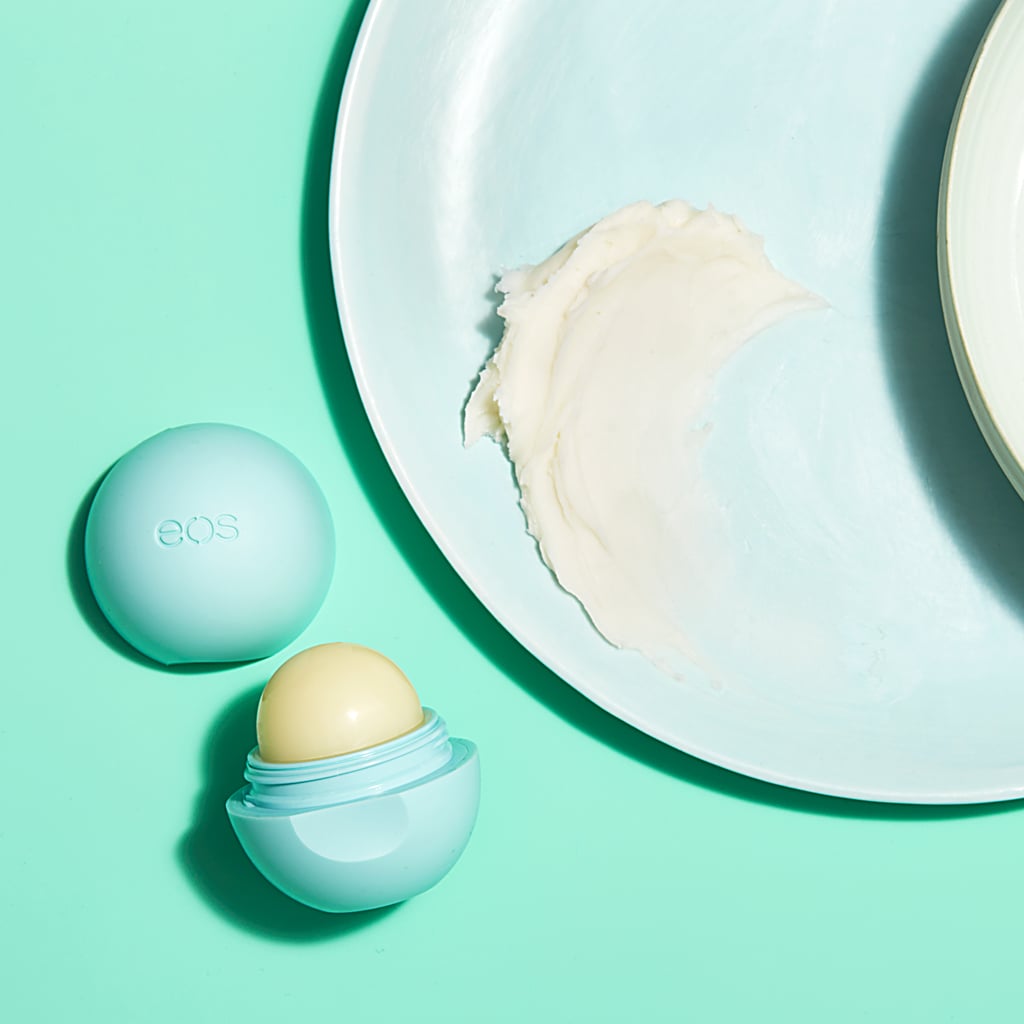 When Eos launched their spherical lip balms 10 years ago, people went mad for them. Arriving in the US first — where I lived until seven months ago — I distinctly remember that when my British beauty editor friends would come to New York City, they'd always make a stop at the drugstore to nab a few tubes to bring back home. Now the adorable, ball-shaped balms are available on both sides of the Atlantic, and to celebrate their 10 year anniversary, not only are they bringing their Organic Collection to Britain (it's been available in the States for a few months now) but the balms in general got a little refresh, with updated flavours (all natural, of course), updated formulas, and new two-toned packaging that makes the cute tubes even cuter — if that was even possible.

The brand is also using their big birthday to remind people of what sets them apart as a brand, highlighting how they are trying to make the world a better place with their #MakeItAwesome campaign. It may come as a surprise to you that the soft-touch packaging is, indeed, recyclable, meaning that these little spheres won't be sitting in a landfill for the next four thousand years. And in addition to the ingredients being 100-percent natural — a list that includes jojoba and coconut oils and shea butter — they're also planet-friendly and sustainably sourced. In 2018, Eos partnered with the Global Shea Alliance (GSA) and the United States Agency for International Development (USAID) to ensure the brand made a positive impact in communities from which they source the shea butter. To make good on their commitment, Eos has built fuel-efficient stoves for 1,242 female shea harvesters across 25 different villages in Burkina Faso, where they get their shea from, in addition to providing them with the necessary health and safety training.

To celebrate the relaunch and the campaign, on Saturday, 2 Nov, Eos will open a pop-up shop in London's Fitzrovia, aptly named The KEOSK (which you can see photos of if you keep reading). In addition to being Instagram gold, the pop-up shop is also out to raise money for an important cause. For the entire day it's open to the public, 100-percent of lip balm sales — which will be sold for £5 each — will go to The Eve Appeal, the only UK Gynaecological Cancer Research Charity raising awareness and funding research into the prevention of all five gynae cancers (womb, ovarian, cervical, vaginal, and vulval). The sale of one balm helps fund 10 minutes of the Ask Eve Helpline, which is free to call from anywhere in the UK on both landlines and cell phones.

With what they're predicting to be the coldest Winter the UK has seen in the past 30 years, it's never been a better time to stock on up hydrating products like a lip balm (and a good face cream, body lotion, and nourishing hyaluronic acid serum, and it's probably a good time to invest in some Uniqlo Heat Tech while you're at it). So why not buy one that's not only good for you but that's trying to do good in the world, too.