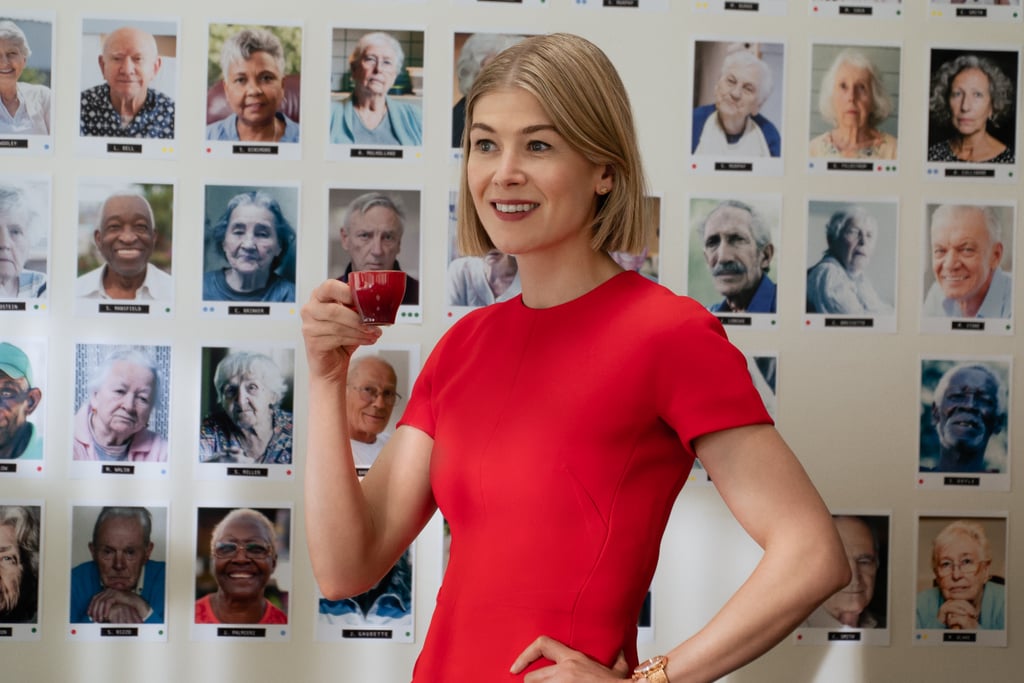 I Care a Lot, premiering on Netflix on Feb. 19, introduces us to a corrupt court-appointment legal guardian named Marla Grayson (Rosamund Pike) whose elaborate scheme to defraud the elderly goes awry when she messes with the wrong old lady. As things go from bad to worse in the thriller, Grayson has to fight like hell to protect everything she's built.

"There are two types of people in this world," says Grayson at the very start of the film. "The people who take, and those getting took. Predators and prey. Lions and lambs. My name is Marla Grayson, and I'm not a lamb — I am a f*cking lioness."

In the instance of I Care a Lot, the "lioness" is an impeccably dressed woman in power suits and a sleek, blond, blunt-cut bob that looks sharp enough to cut you. It's a haircut that makes you feel intimidated and in awe of Grayson at the same time (even if you kind of hate her for what she's doing). Opposite of Grayson you have Fran (Eiza González) with her curly shag haircut and fringe bangs; she's badass and commands respect but in a very different way. And then you have Roman Lunyov (Peter Dinklage), a fellow villain who faces off with Grayson. Each one has a very distinct and methodical look, and we're breaking down the meaning of each ahead.