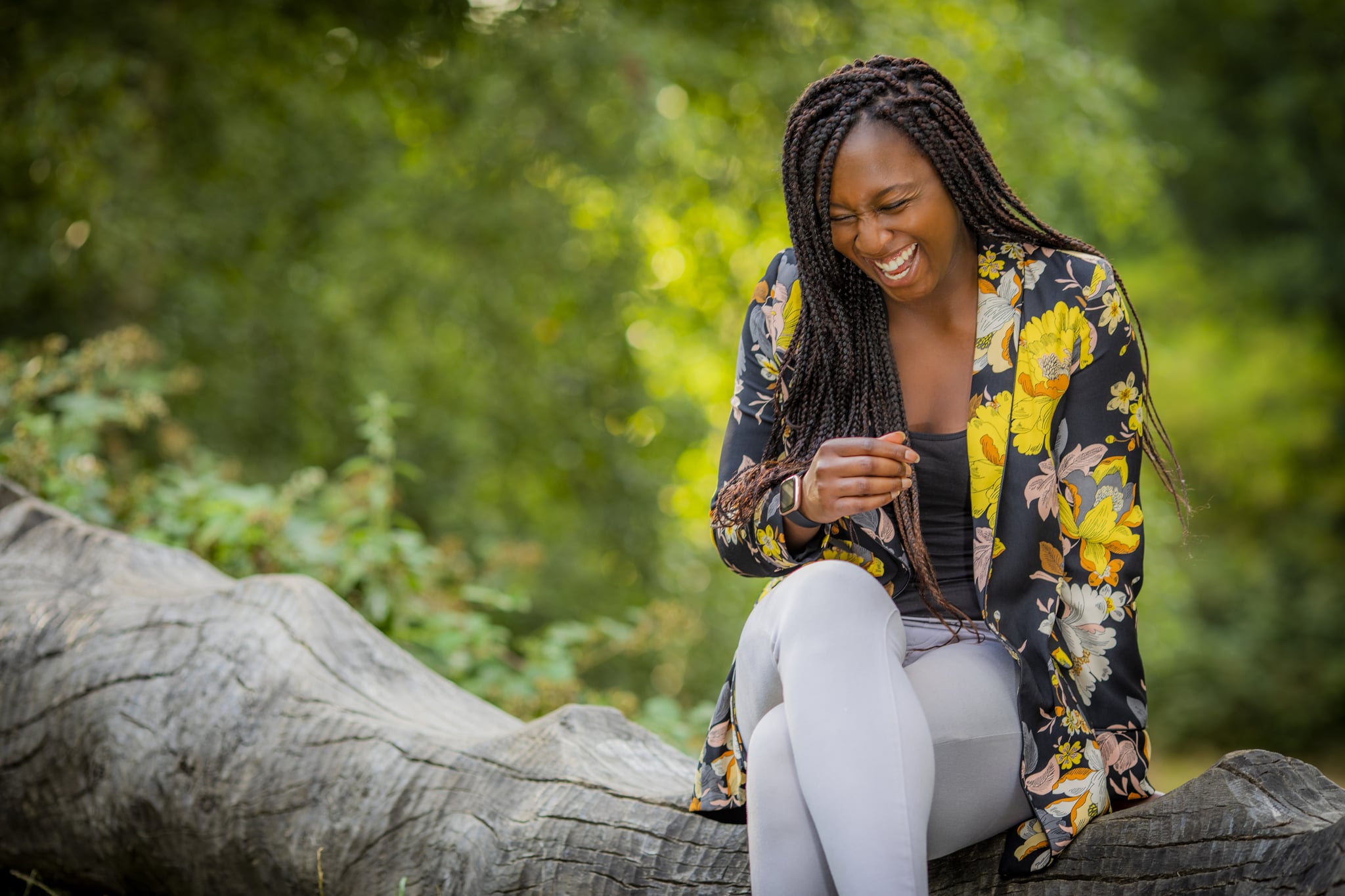 Too often, the best beauty stories go Untold, solely based on a person's skin colour, religion, gender expression, disability, or socioeconomic status. Here, we're passing the mic to some of the most ambitious and talented voices in the industry so they can share, in their own words, the remarkable story of how they came to be — and how they're using beauty to change the world for the better. Up next: Jade Phillips, founder of Mane Hook-Up, a platform dedicated to finding Afro hairdressers and salons near you. Phillips also happens to be head of marketing for a health tech company whilst casually training as an athlete.

I used to relax my hair and did so for about seven or eight years, but it got to a point where I was really tired. I was tired of having to go back and do it. I didn't feel like my hair was healthy, and felt like it was more effort than it should be. And I actually really wanted to understand and learn how to manage my natural hair because I hadn't had to do it in so long. So, I stopped relaxing my hair and I started growing out my natural hair, but it became really difficult to find stylists that understood how to manage afro hair.

It became really difficult to find stylists that understood how to manage afro hair.

Now, I live in London and I think it's something like 52 percent of the Black and mixed race population are in London, so it shouldn't be that difficult. I watched my family navigate it as well. When my mum's side of the family first moved from London to Bath, they spent so much money coming back to London to get their hair done because they couldn't find anyone in their local area. They eventually found a woman in Bristol, but it took three years. When you do find a hairstylist, it tends to be recommendations by word of mouth. But I wanted options, I wanted to choose from a list, see what work they've done in the past and what other people had to say about them. On top of that, I wanted the option to go to a different stylist depending on what I'm having done.

That's the kind of trouble that customers deal with on a regular basis. If you're a student moving for the first time, or if you got a new job and moved to another part of the country and you don't know where those services exist. Something as simple as that can make someone feel really isolated. You should be able to walk down the street and find a hairstylist, but it's not that simple when you've got afro hair because not all hairstylists are trained to care for our type of hair.

I just couldn't find a solution. The solutions that were already out there were Treatwell and Booksy, which have loads of stylists on there but very few of them catered to afro hair. Instead of waiting for a solution to come along, I decided to start working on it and make it myself. 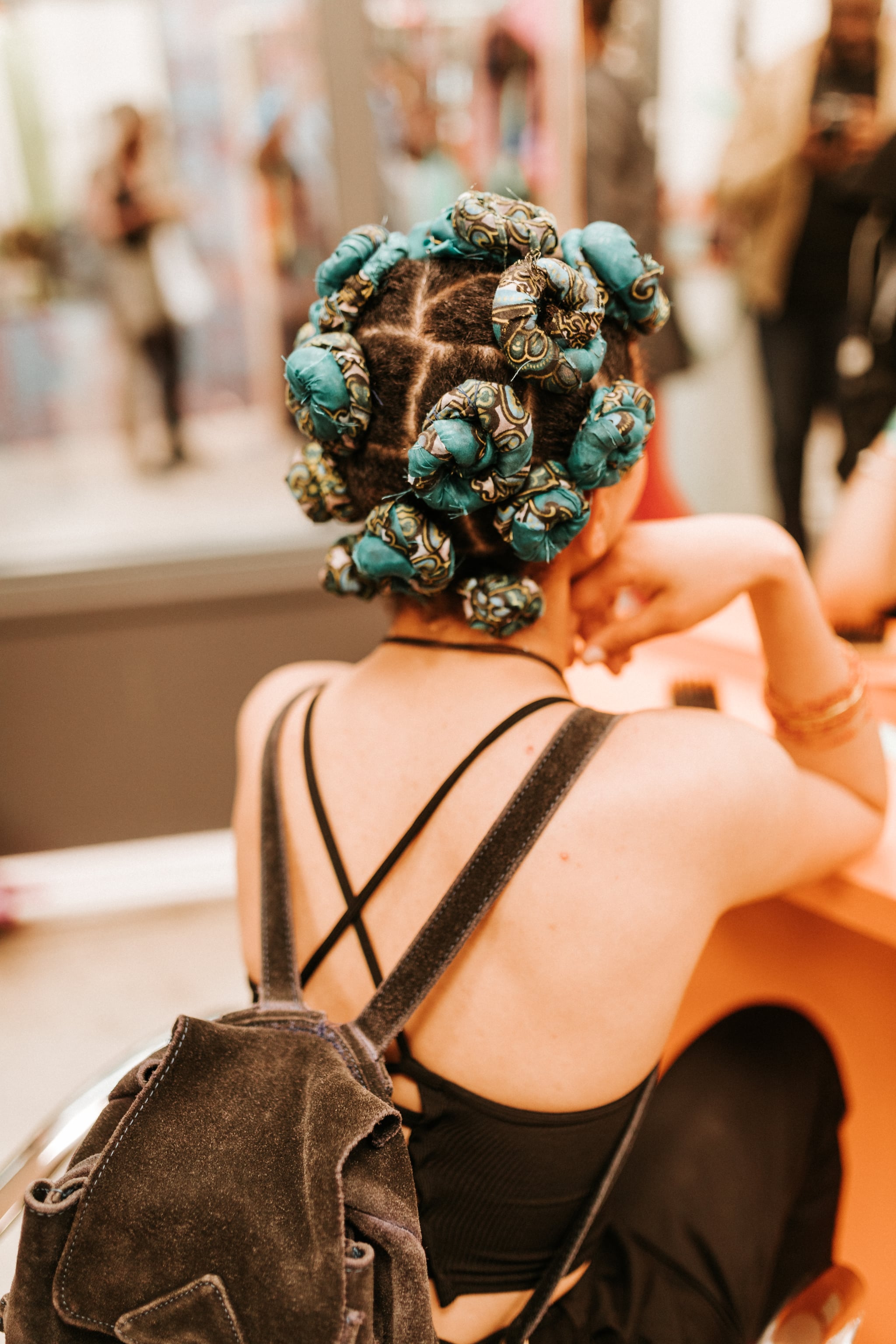 My career background is mainly in marketing and digital product development, so I have an idea of how to make a platform like this and make it work. I've been also really fortunate to work at lots of different companies at different stages (established businesses, startups, and scale-ups.) With that background, I thought, "why don't I try? It's probably going to be hard, because nothing worth doing is easy. And at the same time, if I don't try, then there's probably hundreds of thousands of people who are experiencing the same problem. Maybe I can be the person that creates solutions that helps everybody."

Instead of waiting for a solution to come along, I decided to start working on it and make it myself.

It's ended up that I'm just as invested in helping stylists as I am in helping customers. That wasn't necessarily the case when I first started, I was very much looking at it through the lens of a customer because that's who I am. But then I started spending more and more time speaking to stylists and I was like, "actually, you are really being underserved as a group of people, and there isn't really a solution that I think helps them either." Again, there's loads of booking tools out there, but there isn't anything that's really trying to promote and elevate hairstylists that specialise in afro hair.

More often than not, it's that stylists don't have the time to promote themselves, because they've got a hands-on job.

It surprises me, mainly because Black women, in particular, spend so much money on their hair; it's very much a part of our culture. We're spending five or six times more on hair and beauty than women of any other race so how is there not that level of support for those businesses? How are they not being amplified? And why is it really difficult for them to generate business when there are so many people looking for what they have to offer? More often than not, it's that stylists don't have the time to promote themselves, because they've got a hands-on job.

So, I founded Mane Hook-Up, a platform that helps people to find and book appointments with afro hairstylists. It's been built with two types of people in mind: the customers who go on the site and book appointments, and the stylists who need to manage their appointments, their clients, and their bookings. I'm trying to make the process more simple, more straightforward, and in general, make it much more accessible for those who need stylists that specialise in afro and curly hair.

As for the creation process, in the true style of a marketer, I couldn't do anything without the name and branding. There were lots of elements of the branding that I had to think through. I wanted to choose an African print that could be used across the website because it was really important that this was a reflection of something that people could recognise and feel that they could relate to.

Afro hairstylists and people that have afro hair are very easily overlooked in the industry.

This past year, during lockdown, I had my head down designing, developing, and getting ready to relaunch in June. Now, it's been completely rebuilt and restructured, and we manage the end to end booking process. It was a very long process, but basically everything can be done through our platform now. We also partnered with about 16 or 17 Black-owned businesses so customers can get discounts on their products. It's been great to work with businesses because I can also be a form of support in elevating and promoting them. Afro hairstylists and people that have afro hair are very easily overlooked in the industry. You kind of get to a point, as sad as it sounds, that people are just used to not being catered for, so I don't necessarily think people would expect products or services like ours to be around. 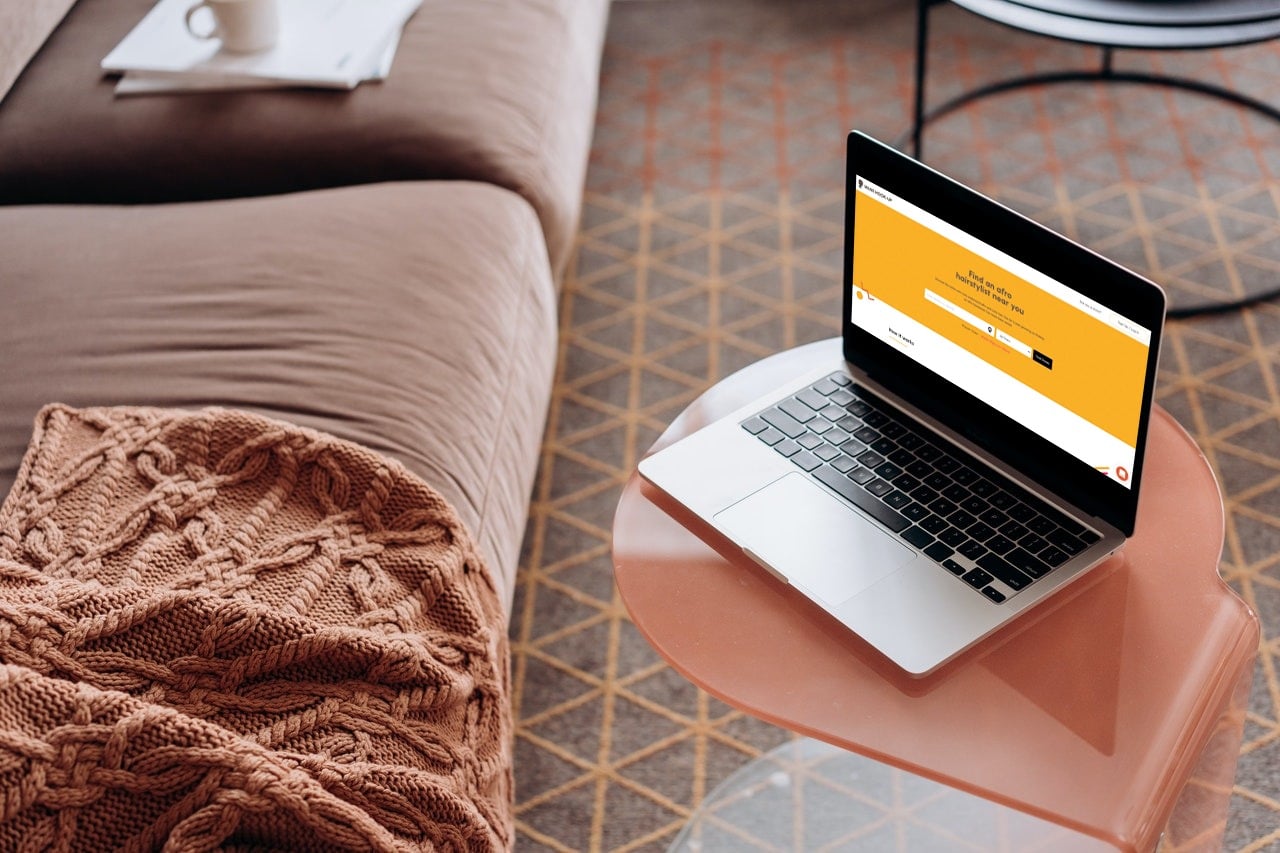 The hair and beauty industry is such an incredible creative outlet for people who, like I said, focus on afro hair, because it allows them to show how skilled they are. But on the other hand, they do not get the credit, amplification, or support that they deserve. It shouldn't be that way. We should be able to see the industry developing equally, and it's not. I think about when I was back in school and I would have to go to a Black hair shop to find products for my hair. It's not until the past two years that I've been able to walk into a Boots or a Superdrug and maybe find a product that I use.

We have come a long way, but it's evident that there is a lot that needs to be done. In my opinion, it has to start with us; it has to start with the people in the industry or the people who are customers to lead the way and say, "this is actually what we need." Actions speak much louder than words. As much as it's been a difficult year, because of COVID-19 and isolation, it's also been difficult because we've been much more in tune with all of the things that have been happening in the world. We've been online and in front of our television much more, making people more aware of the injustices and the difficulties people have faced.

There has still been a lot of superficial responses. Stop talking about how you're going to try and hire more Black people, or how you're going to try and invest in more Black-owned businesses. Don't expect applause for trying, and don't expect applause for doing it — just do it. Then say when it's been done, and say what the strategy is to keep doing it. 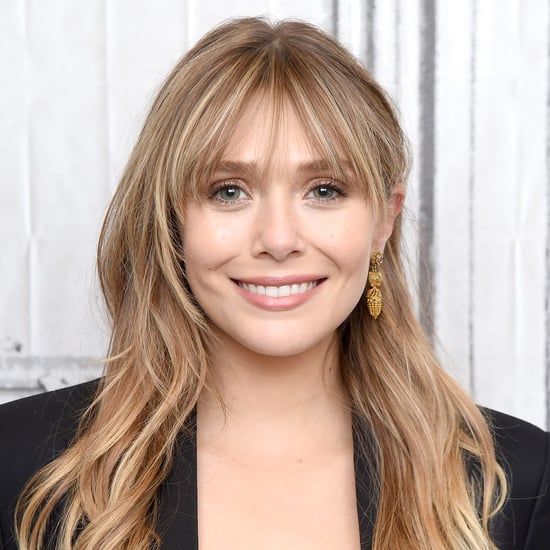 Hair
The Most Flattering Hair Colours For Green Eyes, According to Experts
by Jessica Harrington 3 days ago