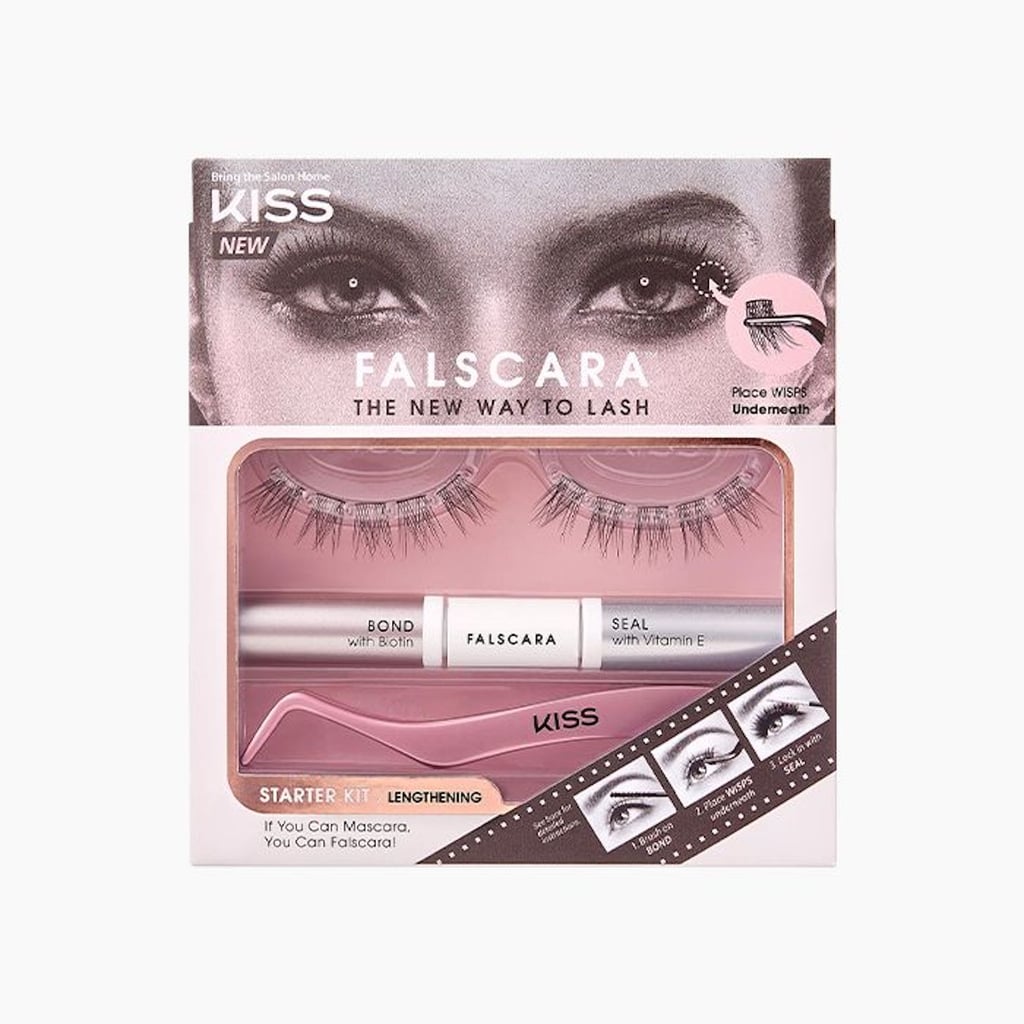 I've never really been a huge fan of false eyelashes. Not only is mastering the application about as difficult as learning how to apply winged eyeliner, but I've also always thought of a set of false lashes as the kind of thing that looks pretty amazing on others but ridiculous on myself. Still, imagine my surprise when I decided to put the Kiss Falscara Eyelash Kit (£25) to the test only to actually . . . sort of . . . like my results.

Kiss released its Falscara Eyelash Collection back in January, and the entire range consists of three different types of lashes — volumising, lengthening, and lifting — that were made to mimic the illusion of lash extensions. Instead of being sold in strips or as individual strands, these lashes come in "wisps," which are tinier, lighter strips that are a tad easier to apply and customise.

The Falscara itself is pretty much what it sounds like: it's a lash glue that looks and applies just like your average mascara. The tube has two sides, one that's a bond and the other that's a seal. The bond is formulated with biotin and can be swiped over your natural lashes before you apply the wisps, while the seal, which includes nourishing vitamin E, is meant to lock the lashes in place after they've been applied.