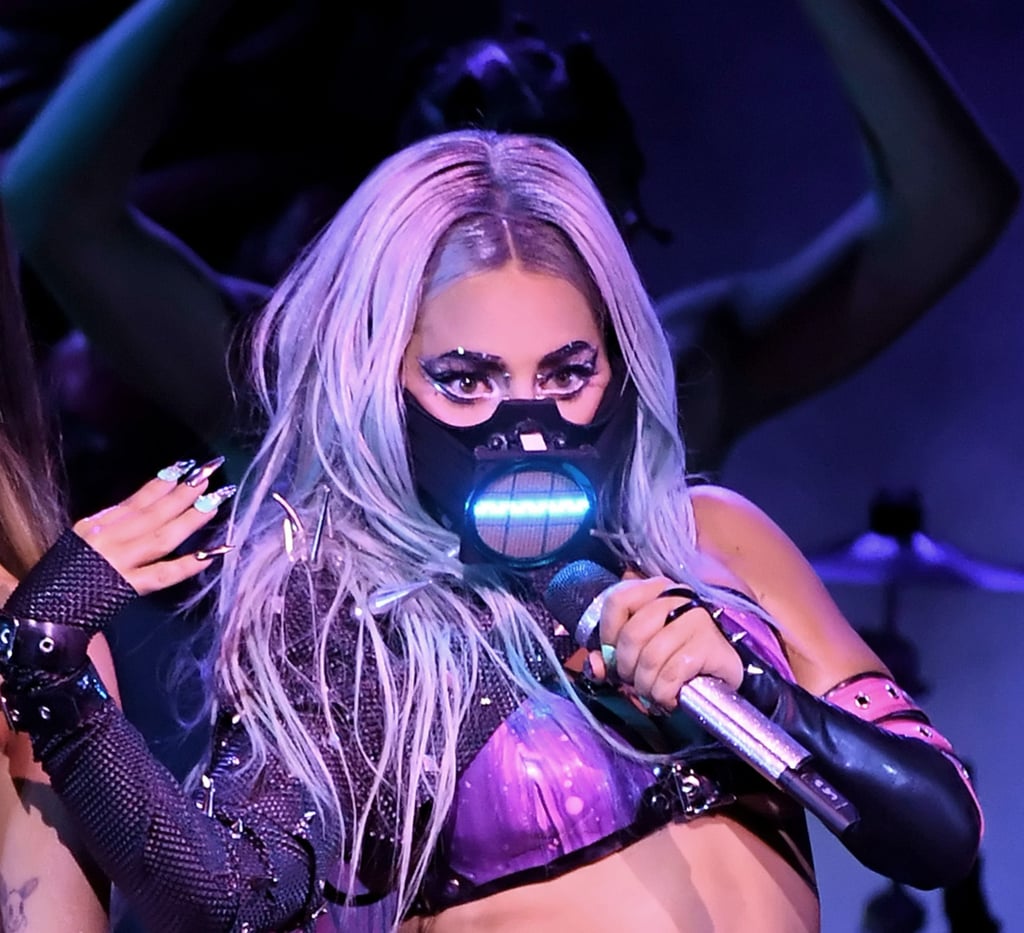 Out of all of the stars in attendance at the MTV VMAs, we expected the most out of Lady Gaga. She's had so many iconic fashion and beauty moments over the years and just when we thought we'd seen it all from her, she pulls out something else completely unique. For this Sunday's awards show, she's not only headlining, but she's also been nominated for nine categories including video of the year, artist of the year, song of the year, and best pop. Casual.

To help her get ready, Gaga had Joico celebrity hairstylist Frederic Aspiras. As her go-to stylist, Aspiras has had a lot of experience creating out-of-this-world hairstyles for the singer. "Gaga's avant-garde style allows me as an artist to think outside the box," Aspiras told POPSUGAR. "She has a sharp creative mind and knows exactly what she wants."

A lot of thought went into choosing the two hairstyles for Gaga's performance. "This year's VMAs hair looks were inspired by her freedom to really express her art down to every detail," said Aspiras. "With the hair colour it was a canvas of watercolors mixed with a splash of a bold colour. For the style I wanted her to show her strength and vulnerability."

"Lady Gaga's journey throughout the years has inspired me to create hairstyles and colour combinations that encapsulate this journey."

Gaga's first silver and blue-tinted hairstyle was inspired by the sky at dusk. Aspiras used a combination of Joico Colour Intensity in Mermaid Blue and Clear Mixer for the all-over colour, plus Joico Colour Intensity Blush and Violet Pearl for a pink and lavender marble effect. "Love inspired the looks," he said. "Bringing all the elements of earth, wind, and fire. Lady Gaga's journey throughout the years has inspired me to create hairstyles and colour combinations that encapsulate this journey. She is tough, brave, a musical genius, a visionary, and overall kind human being that believes in love and kindness in the world."

To change up her look ever so slightly for the second half of her performance, Aspiras added pink to Gaga's roots with the Joico Colour Intensity Hot Pink to "mimic the sun going down and the pink becoming more intense in the sky."