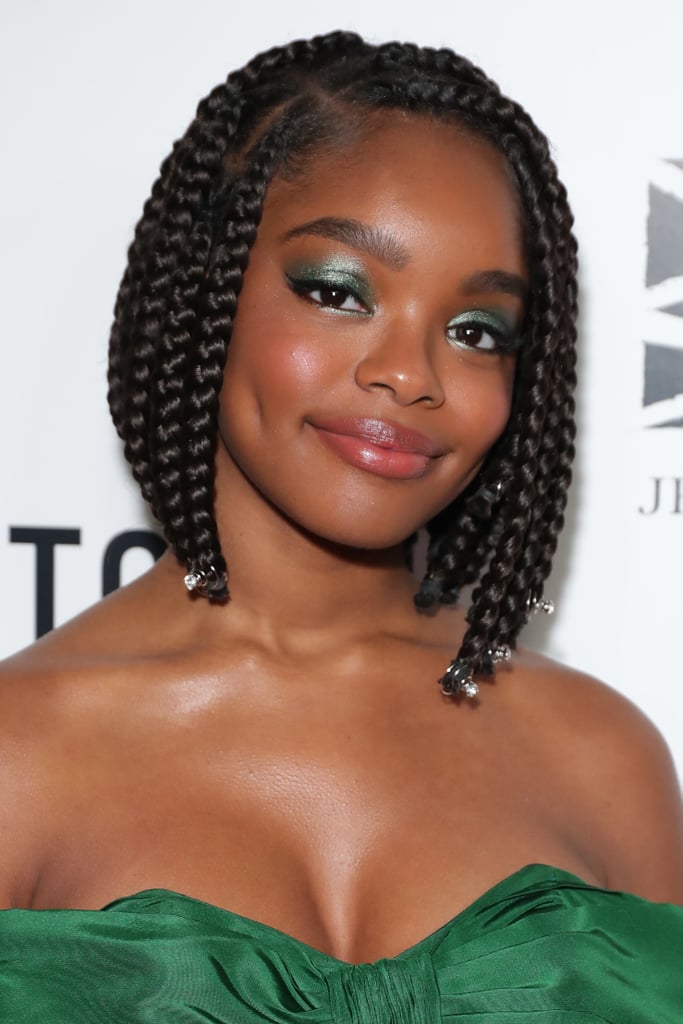 Marsai Martin went all out '90s for her appearance at the Lexus Uptown Honours Hollywood event in Los Angeles. The Black-ish actor, and Little producer, wore a flawless box braid bob that threw it all the way back to similar hairstyles worn by Brandy in the '90s. If you zoom in to the ends of Martin's braids, you'll see one of the most nostalgic hair accessories of all time — little spiral hair gems.

Martin's sleek braided bob is angled to be longer in the front, that's what gives it such a cool nineties look. But we've got to give love to her gorgeous, sparkling green makeup look too. The actor-producer matched her shimmering emerald eye-shadow to her '80s-inspired silk-satin jumpsuit. Martin's shimmering eye-shadow was complemented by a sweet pink blush on her cheeks, and a semi-sheer pink lip colour. Our favourite part of her look is her adorable dimples — I mean, could she be any cuter?