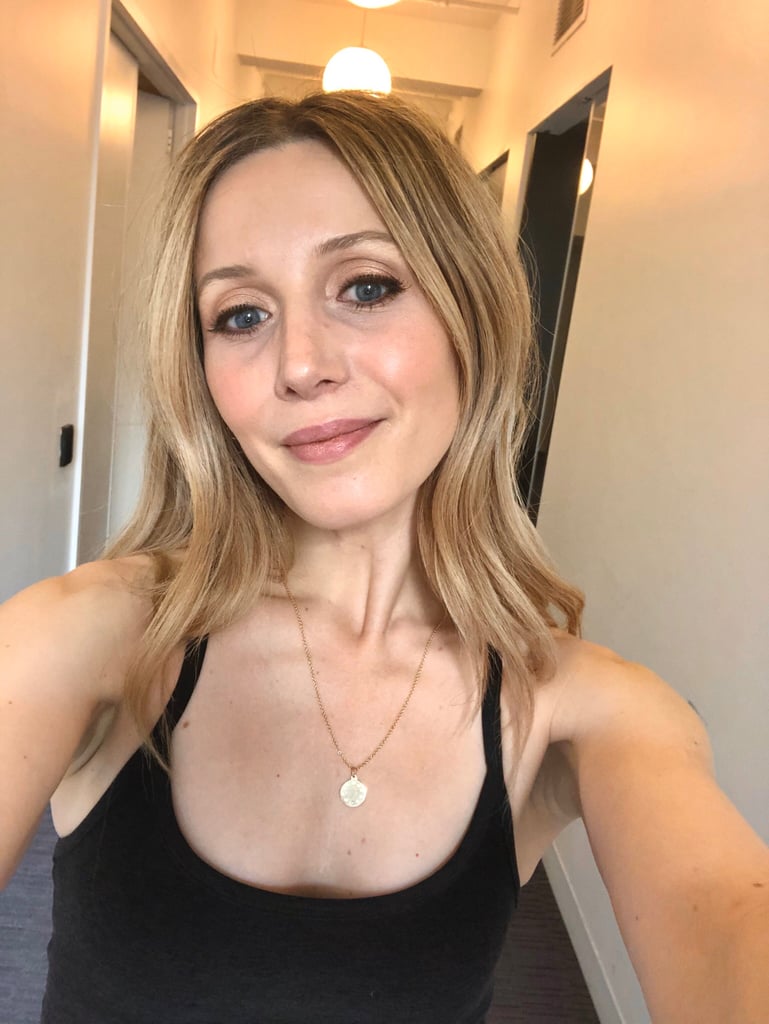 I Thought I'd Sworn Off Concealer Forever, but This £10 Formula Changed My Mind

I've had an up and down relationship with makeup. Growing up as a dancer, it was a requirement on stage from an early age, which ultimately piqued my interest as a tween. I can specifically recall piling on every shade from a neutral Max Factor eye shadow palette and applying perhaps one too many coats of Maybelline's classic Great Lash mascara at every chance I could, even if I was just going to the grocery store with my mum. The novelty was real.

Cut to my early 20s when putting on makeup started to feel like a chore. Not only did I struggle to develop a streamlined routine that didn't take me 30-plus minutes, but when I compared myself to co-workers and friends, I was starting to feel a little overdone. Even worse, in photos, it looked as though I barely had mascara on let alone a full face. That's when I made the executive decision to cut concealer out of the equation. Switching to a lightweight hydrating foundation that provided just enough coverage, I felt like it was an easy step to skip. I don't really have dark circles and started to scale back on eye makeup too, which meant no real need to conceal any eye shadow fallout. My time felt freed up by the lack of concealer, and I've continued these tactics into my 30s.

While I still don't deal with dark circles, I've started to notice a few fine lines that could use a wee bit of concealing and have generally been in the mood for a brighter under-eye look. But after trying a few new formulas of both the Superdrug and designer variety, I wasn't thrilled with the results. One was too cake-y while the other felt too sheer. I also made the mistake of selecting one shade too light and one too dark, proving to be very off my concealer game. On my third attempt, though — that's when things got good.

Since I was going through a bit of trail and error, I wasn't looking to spend a whole lot more money, leading me to Maybelline Superstay Under Eye Light Concealer, which I chose in Fair 10. At just £10, I didn't have superhigh expectations for the full-coverage formula, but upon my first application, I quickly realised how creamy and lightweight the consistency felt on my skin. Things were starting to look up.

After a couple of uses, the stay-put promise proved to be very true. I didn't feel the need to reapply when touching up my makeup for a photo, nor did I require much during my initial application. Just a few dabs, a little blending, and a gentle sweep of powder to set it. While I did layer it on top of my favourite Laura Geller Quench-N-Tint Hydrating Foundation (£38) which I blended with Maybelline's new Dream Radiant Liquid Hydrating Foundation (£7) in 05 Vanilla (you know, for experimentation's sake), I was delighted with the brighter result. My skin was covered, but not overly so. My eye area was so much more illuminated, though I truly felt like I wasn't wearing much at all. Then I made another executive decision: make this affordable concealer part of my everyday routine.

I've really learned that they key to concealer, for me, is ensuring my under-eye area is well-hydrated (I have another experiment in the works regarding this that I'll keep you posted on!) and to choose a shade that is light, but doesn't teeter too far into alabaster territory. I'm fair, yes, but my skin requires a little warmth so as not to look washed out.

I'm happy to report that I'm officially back in the concealer game. This full-coverage formula is exactly what I needed for a brighter-but-not-overly-made-up look. Ahead, shop the new drugstore find, plus my other makeup essentials — you know, just in case you're interested.

Fitness Product Reviews
I Caved and Ordered Free People's Viral Athletic Shorts — and Reader, They're Worth It
by Emilee Janitz 5 days ago