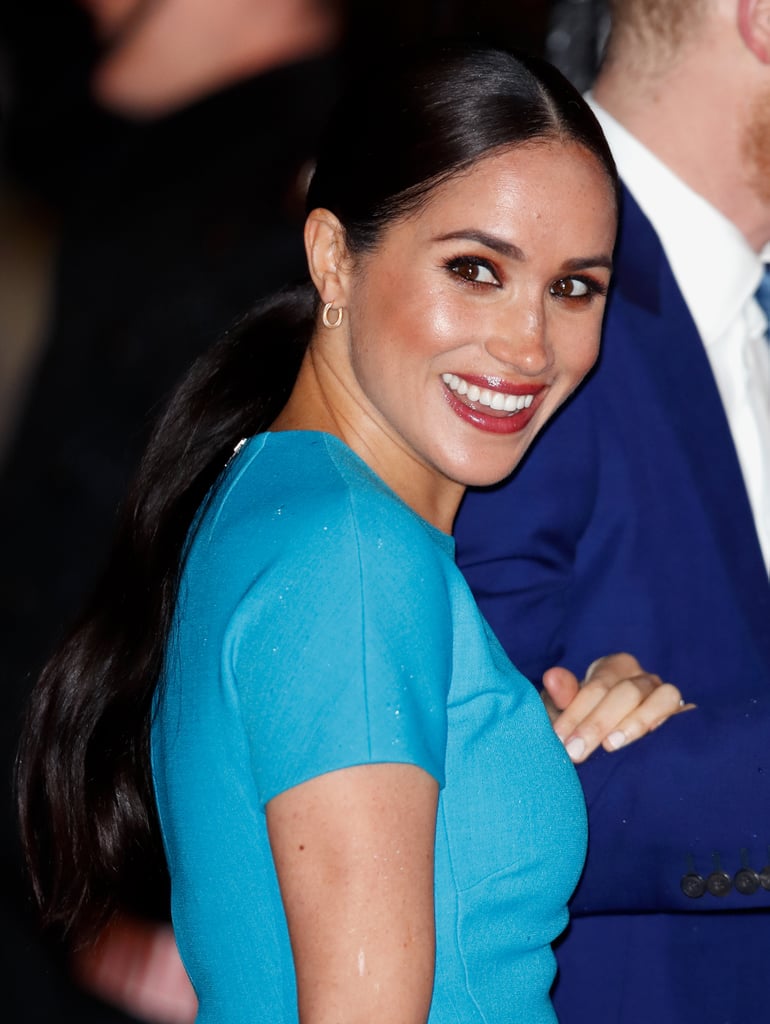 bsolMeghan Markle is saying goodbye to her role as a senior member of the royal family with incredibly glamorous makeup. We're sad to see her go (although we're delighted to see how happy she looks since announcing the news), but she's left us with her best and most dramatic beauty look so far.

Now, when we say dramatic, we don't mean the duchess used the new lime-green Glossier Sky Wash and paired it with a fuchsia lip. Of course not. After all, she's still been representing the royal family this week (and even before she married Prince Harry, she was never one to wear bright makeup shades). We're talking a berry-coloured lipstick and gorgeous copper-bronze eye makeup, both of which she wore to the Endeavour Fund Awards — one of the couple's last engagements as senior members of the royal family.

Typically, if the duchess is attending an evening event, she'll wear subtly smoked-out eyeliner in grey and charcoal hues and some mascara, and that's it. And for special occasions, she's been known to spice things up with a touch heavier eyeliner, as she did during her royal tour in Morocco.

This week, however, we've seen her wear more eye makeup than ever before. For the Endeavour Fund Awards, she defined her eyes with jet-black eyeliner not only along her top lashes but also along the inner rims, adding both intensity and dimension against the coppery-bronze eye shadow that was blended all around her eyes. We love how the red undertones in the shadow really made her light-brown eyes look even richer and twinkling.

But while we've never seen Meghan wear this much shadow as a royal, she isn't a newbie to trying out a berry lip, as mentioned before. This is a colour that we'd unlikely see on Catherine, but for Meghan, it's a tried-and-tested glamorous choice. For the Endeavour Fund Awards, Meghan chose a berry-pink lipstick with a high-shine finish, applied with a slightly diffused finish on the edges, giving a less formal feel. And she also did one of her favourite makeup tricks, using lip liner to define the shape of her lips.

The duchess must have loved the look as much as we did, as she re-created it again for the Mountbatten Festival of Music, this time with a glossy neutral lip colour to complement her showstopping red gown.

We love to see Meghan being slightly more daring with her makeup (and nailing it), particularly for such a special last few engagements. She will continue to inspire our beauty looks, and we can't wait to try out this bronzed look during the Summer months.

British Celebrities
By 2030, H&M Will Only Use Recycled Materials, and Maisie Williams Is Making Sure of It
by Kara Kia 9 hours ago