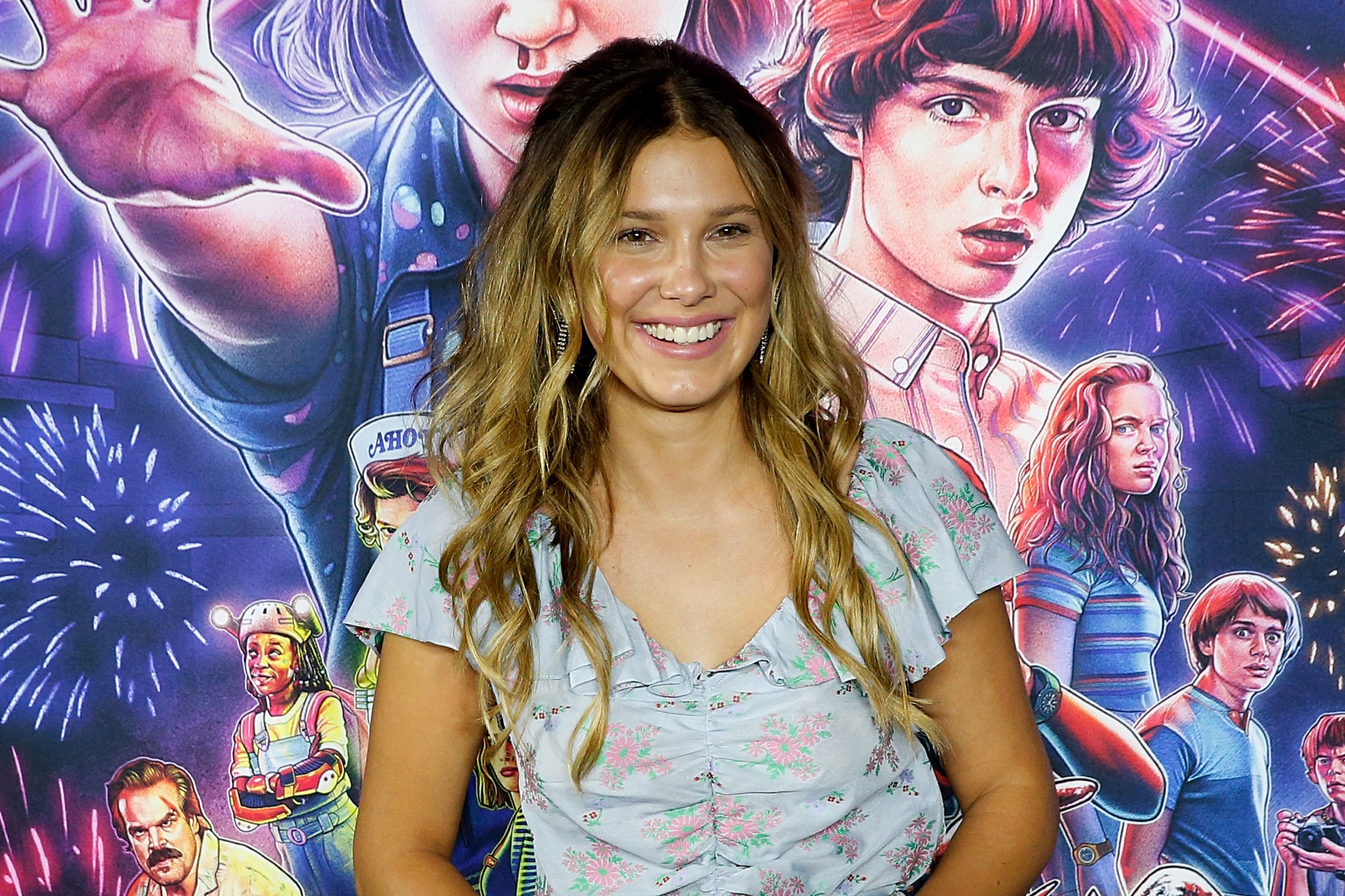 Millie Bobby Brown has a new look: on Instagram, she debuted blunt bangs that stop just at her eyebrows, and her signature brunette hair colour looks even darker than usual. Over the years, the actress, who is notorious for switching up her hairstyles, has sported everything from a wheat-blond hair colour to a completely shaved buzz cut (the latter being for her role on Netflix's hit TV series Stranger Things). Though Brown previously told POPSUGAR that she doesn't let her hair define her, the way she continues to experiment with her look has practically cemented her beauty-icon status, and she continues to be a source of inspiration for looks we want to re-create.

Brown has played around with some variations of the bob hairstyle before — back in 2019, it involved playful, face-framing layers — which may have laid the groundwork for the grungy style she is rocking today. This haircut may be bolder, edgier, and all-around much more dramatic, but it suits her just the same. Needless to say, we're a little obsessed. While we don't know if this is for another project that she has in the works or if this will be her new go-to hairstyle, we can't help but think Eleven would be pleased. See Brown's transformation for yourself below.

Rare Beauty
Rare Beauty Is Finally Coming to the UK — Here's Our Wish List (Yes, Including the Blush)
by Tori Crowther 17 hours ago