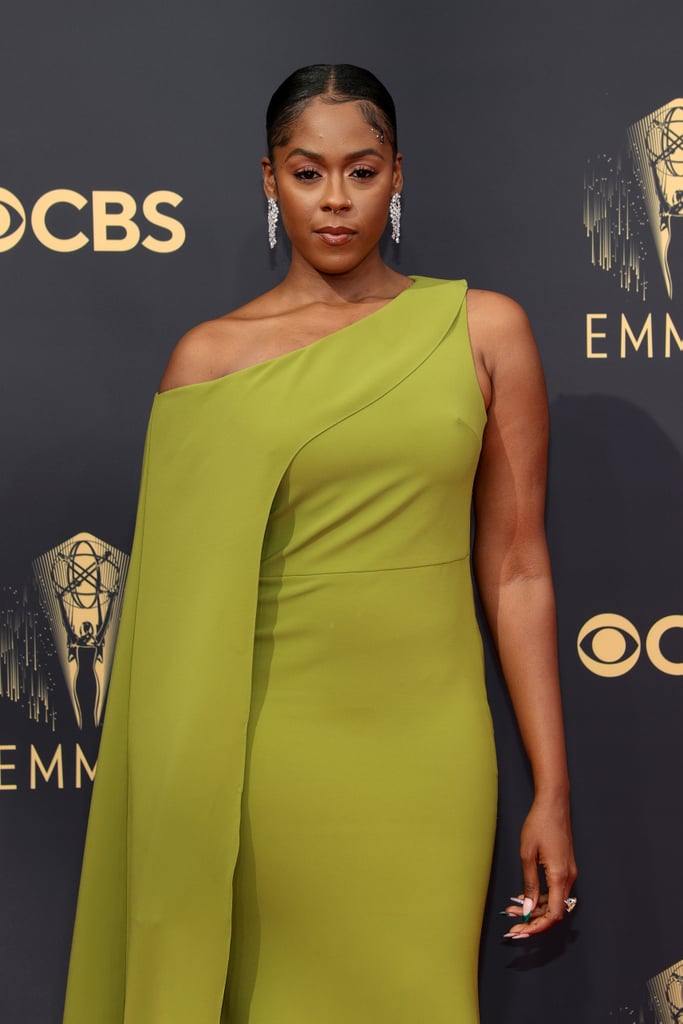 Who Needs a Statement Necklace When You’ve Got a Chain Ponytail Like Moses Ingram’s?

ICYMI, chain ponytails are the trendy new way to add oomph to any red carpet moment, as evidenced by Moses Ingram at the Emmys. The Queen's Gambit actress, who scored a well-deserved nomination for outstanding supporting actress in a limited series or movie, attended the award show for the first time on Sunday wearing a slicked-back, middle-parted updo with not one but two shiny upgrades.

In addition to accessorising her baby hairs with several teeny-tiny rhinestones, the star's ponytail was adorned with silver chains that drew attention to her swirl-patterned undercut. Take an up-close look at Ingram's glam Emmys hairstyle ahead for your daily dose of beauty inspiration.

Related:
Samira Wiley Made Damn Sure Her Edgy Undercut Was on Full Display at the Emmys
Previous Next Start Slideshow
Award SeasonHairEmmy AwardsCelebrity HairRed Carpet