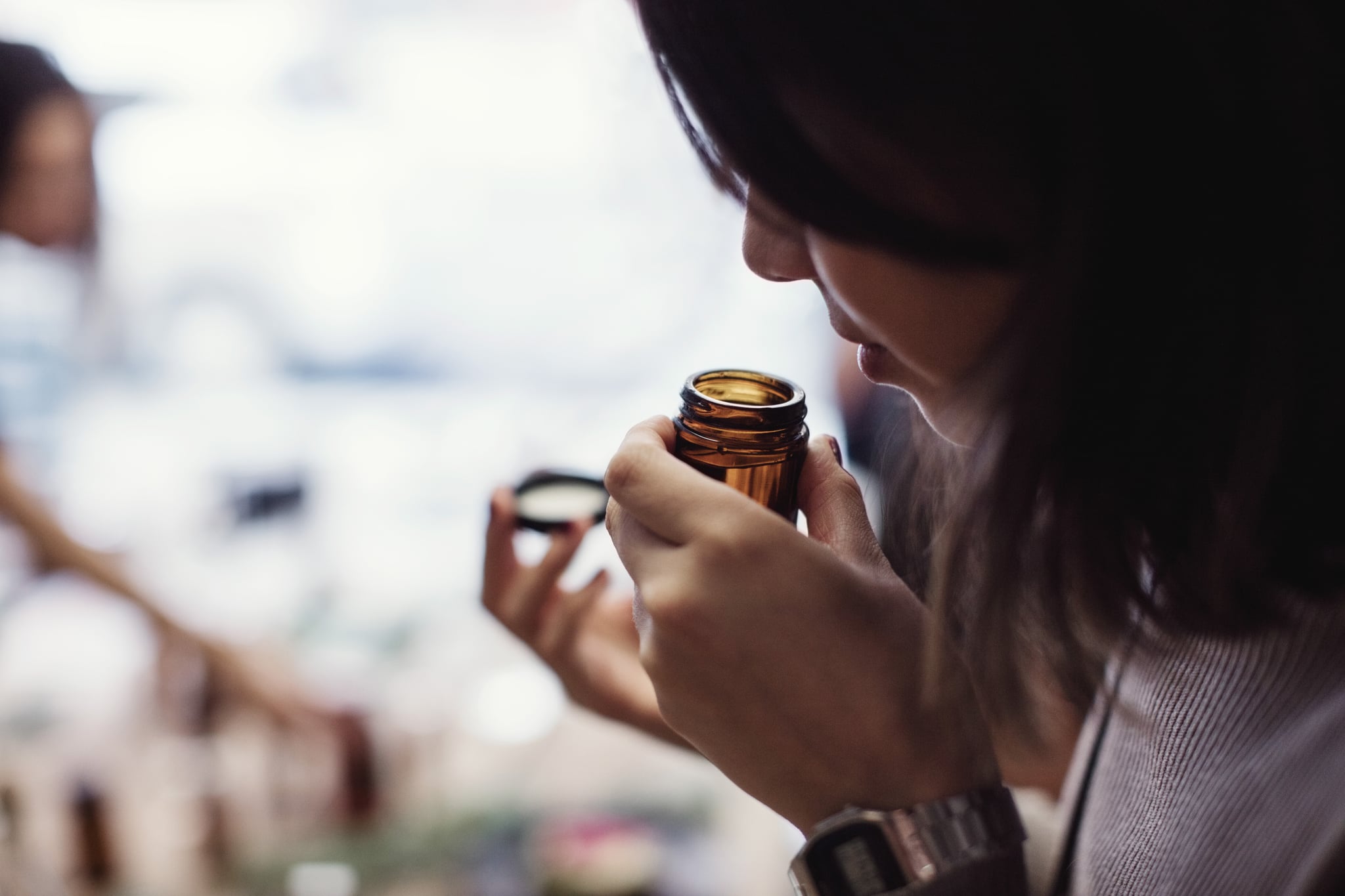 It started in November of last year, when he first lost his olfactory sense after contracting COVID-19. Of course, he's not alone in his experience: roughly 80 percent of people have reported anosmia, or a diminished sense of smell, as a symptom of the virus. What's more, a study by the American Academy of Neurology shows that half of people who lost their sense of smell had not regained it even five or more months later. Ishir fell in the latter category, often called "long-haulers" by members of COVID support groups.

"It was a rough first few months, but after a while you get used to it, unfortunately," he said, adding that nothing he tried worked. Then, after countless desperate Google searches, his mother came across a potential solution: veteran perfumer Sue Phillips.

Phillips had launched a scent therapy healing program amid the pandemic at her Upper East Side boutique in New York City, where she has helped more than 20 COVID survivors re-train their nose to smell again with targeted fragrance training. Clients could also book sessions via Zoom.

"I'm not a doctor, I'm not a chemist, and I'm not a scientist, but I know the power of perfume," she said. "Our sense of smell is the most powerful. What people don't realise is that our limbic system, which is the brain, is directly connected to our olfactory bulb. When people smell ingredients, it transmits to the limbic system and those positive thoughts manifest in a positive result. It's like the fog lifts, the brain just sort of takes over and suddenly they're able to smell again — and it is transformative."

For many, this particular sensory loss has an immense impact on their daily lives, with some calling it one of the more devastating symptoms of the virus. In fact, research conducted by Virginia Commonwealth University shows 43 percent of participants reported feeling depressed after losing their sense of smell or taste.

I'm not a doctor, I'm not a chemist, and I'm not a scientist, but I know the power of perfume.

"People realise when they've lost their sense of smell and taste, they can no longer enjoy food," said Phillips. "Then they lose the enjoyment of socialising because so much of what we do revolves around food or drink. For many it's devastating, it accelerates that feeling of being low, and so they opt out of society completely."

Ishir could relate, hence why he and his family flew from Chicago to New York City as soon as they could. When they arrived at the shop one morning for the one-hour scent training session, the process was surprisingly simple. In front of him on a round table lay 30 thin strips of scented paper that ranged from most powerful to least. (Phillips wouldn't divulge the specifics in full detail until she is able to secure "some kind of intellectual property" on the experience, but says that she walks clients through a curated "scent journey" using her 43 years-worth of experience in the fragrance industry.)

"I have developed a number of perfumes that span the entire olfactory palette because different ingredients can trigger memory and emotion — citrus notes can make you feel uplifted, flowers can make you feel feminine and fresh, spicy can make you feel sensual," she said. "In the consultation we just walk through all of that. We have to re-engage the limbic system and re-learn how to smell with the brain, and that's what I try and do, one [scent strip] by one." 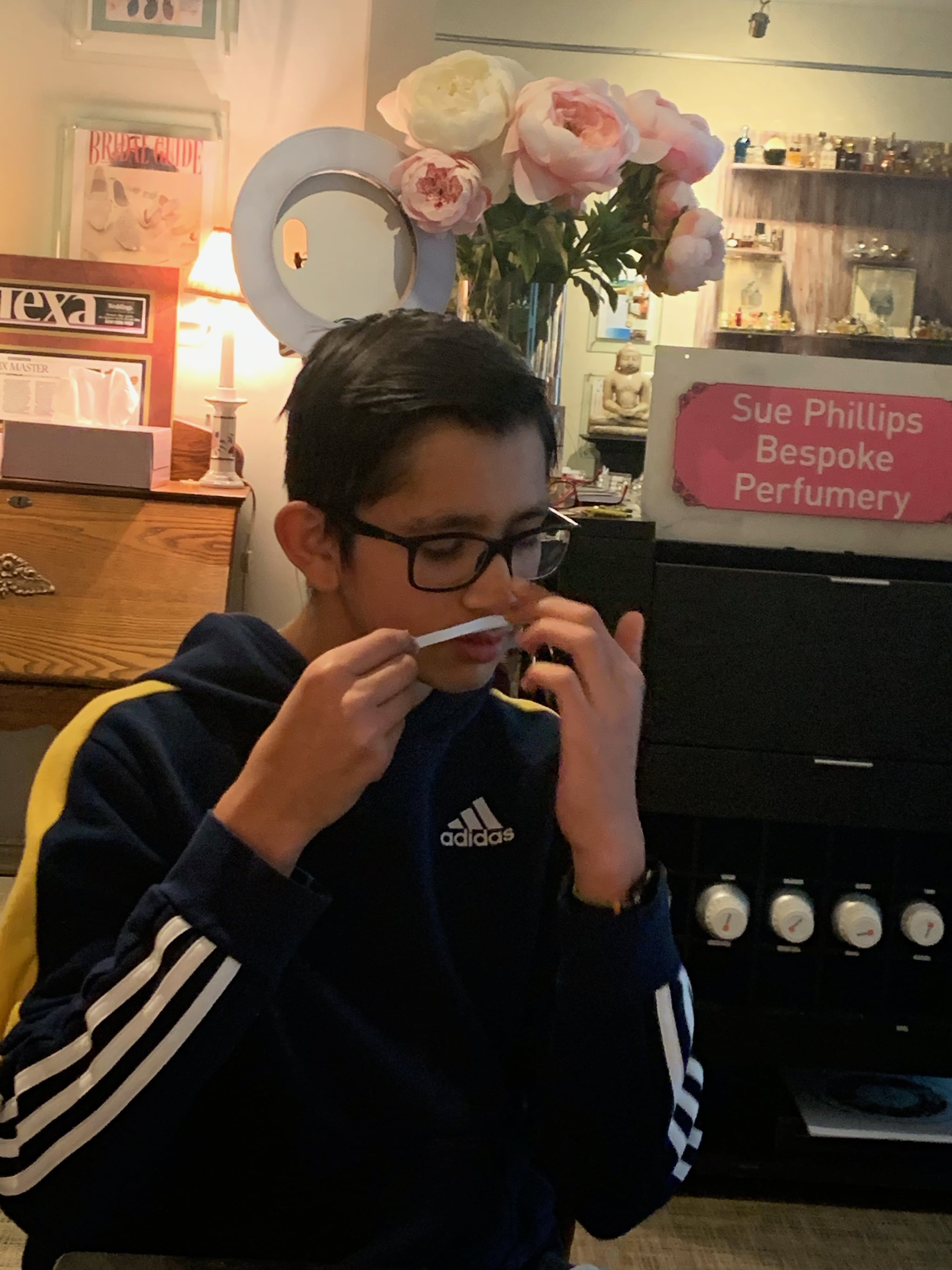 Sometimes it takes 45 minutes into a session before there's a breakthrough; for others, it's as little as 20 minutes. "The key is to have an open mind, which a lot of people do have because if they're coming to me, they're pretty desperate and have already tried everything else," said Phillips, adding that there are never any guarantees. For Ishir, he sniffed each of the strips slowly in one round with no success. Then, finally, during his second go-around, "he turned to his father with the biggest smile on his face and he said, "Dad, I can smell something!'" Phillips recalled.

"I started to smell a little bit of amber, which was the strongest scent on her list," said Ishir. "At first, it didn't smell how I remembered — it was a little distorted — but as we kept going through, slowly it got clearer and clearer. By the end, I was able to smell everything."

After the session, clients are sent home with a custom fragrance kit to use should their sense of smell begin to dull again. Still, retraining your nose to smell again is not a one-and-done process. Ishir, for example, lost the sense again after getting the first COVID-19 vaccine. He utilised some of the lessons imparted in Phillips's training with his at-home kit to help. Today, he has 20 to 25 percent of it back.

"Everybody has seen a tremendous increase in their sense of smell — some by 50 percent, some by 70 percent, some do smell constantly and some then lose it again," said Phillips. "What I say to them is that they must continue to practice smelling. Nobody teaches us to smell like the way we are taught to read and write. From the minute we're born, we breathe, we smell, we taste. It's a day-to-day occurrence that'S just there. We don't think about it. But if that sense is dead, you have to think about it. You have to be fully present and meditate. It's when you meditate and are really engaged that you can allow the frequencies to affect you positively; if you allow the vibrations to come from the nose, through the olfactory system, to the limbic system, there will be some kind of a breakthrough."

While the revelation is something that cannot yet be explained by scientists or neurologists — although Phillips said she has been contacted by a few doctors to work together — one thing is for sure: it smells like a step in the right direction.

"When someone can suddenly smell again, their whole life lights up," she said. "It's a difference between light and dark, the difference in people's smiles and their gait, the way they walk, the way they come in, the way leave. It's been beautiful to see people rediscover what has always been the most powerful sense."

*Names have been changed at the request of the interviewee.