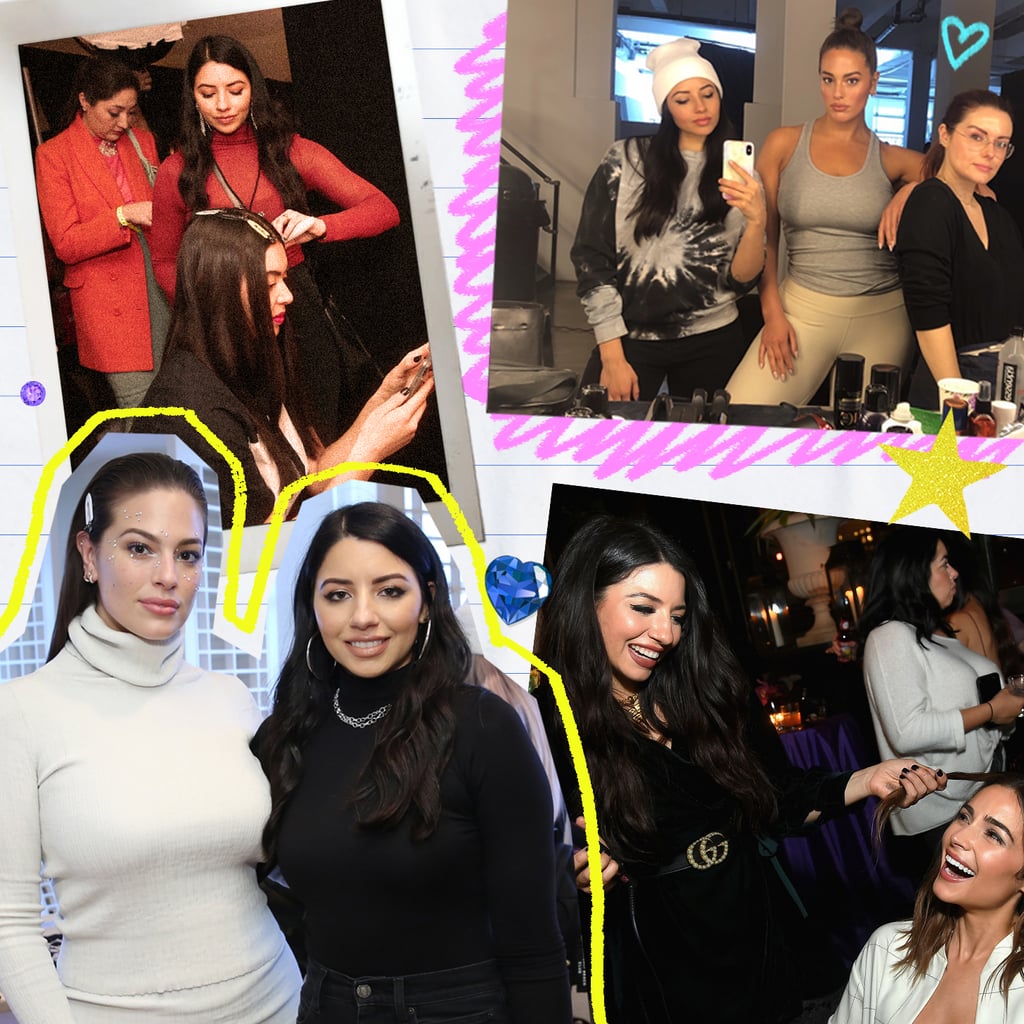 As a teenager, Marjan got a job as a receptionist at a hair salon in her hometown outside of Santa Barbara. She worked there for eight years, completely mesmerised by the stylists — right up until she decided to go to cosmetology school. It wasn't an easy decision: "My dad is an immigrant, and that type of career path is just so unconventional," said Marjan. "Now he couldn't be happier for me or more proud."

Immediately upon graduation, Marjan moved to L.A. in pursuit of a career as a hairstylist for Fashion Week, red carpets, or editorial photo shoots. She would look through magazines for names of hairstylists and salons under the credits section, which is how she found Madonna's hairstylist Andy LeCompte. "I used to go to Andy LeCompte's salon every Monday and ask if they were hiring," Marjan said. "They never were."

Eventually, another opportunity presented itself. Two celebrity stylists Marjan had been following posted they were looking for assistants on Instagram. Kristin Ess and Jen Atkin. Marjan was hired part-time for both jobs.

"That was really what catapulted me into the whole celeb styling world," she said.

TikTok
TikTok's Inverted Filter Is Going Viral, but Is It Damageing Your Mental Health?
by Jessica Harrington 5 days ago

Beauty News
Zara Is Launching Its First-Ever Beauty Collection on 12th May, and It's Refillable
by Anvita Reddy 6 days ago

Celebrity Beauty
Katy Perry Bleached Her Eyebrows to Channel Tinker Bell, and We Barely Recognised Her
by Victoria Messina 6 days ago