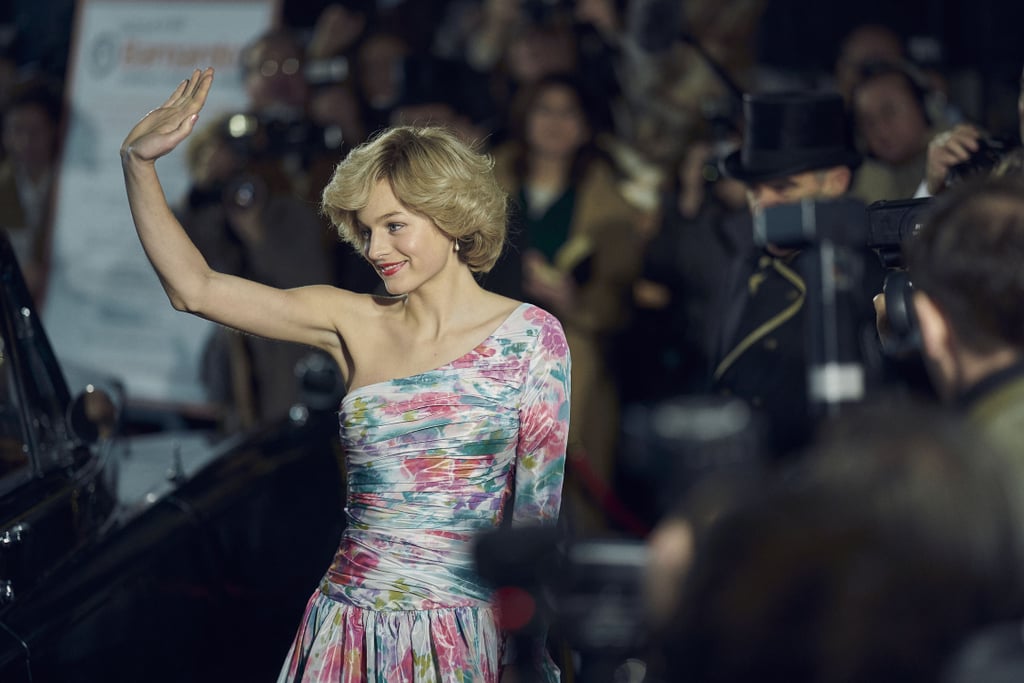 It was exactly one year ago when The Crown fans got a first glimpse of Emma Corrin as Princess Diana. Since then, we've all been been eager to see just how uncanny the resemblance really is between Corrin and "the people's princess." After all, Princess Diana was the most photographed woman of her time, so the pressure for visual accuracy suddenly feels more important than ever. Corrin recently told Elle that she worked with a dialect and movement coach to ensure she could embody Diana, but the wigs she wore had a huge effort in bringing this role to life.

Period films or TV shows are no joke for the hair and makeup team. Similar to the costume design, both the wigs and makeup have to visually establish the time period the audience is thrust into. Cate Hall, the makeup and hair designer for The Crown seasons three and four, spent months collecting photo research in chronological order to prepare for production. With season 4 picking up in the 1970s, we can expect to see maximalist trends from the '80s make subtle appearances, including Diana's preference for colourful eye makeup and her iconic feathered shag that goes through a low-key transformation of its own.

Hall recently shared some behind-the-scenes secrets in a Netflix press release. Ahead, we've picked out the juiciest parts you need to know before watching season four.