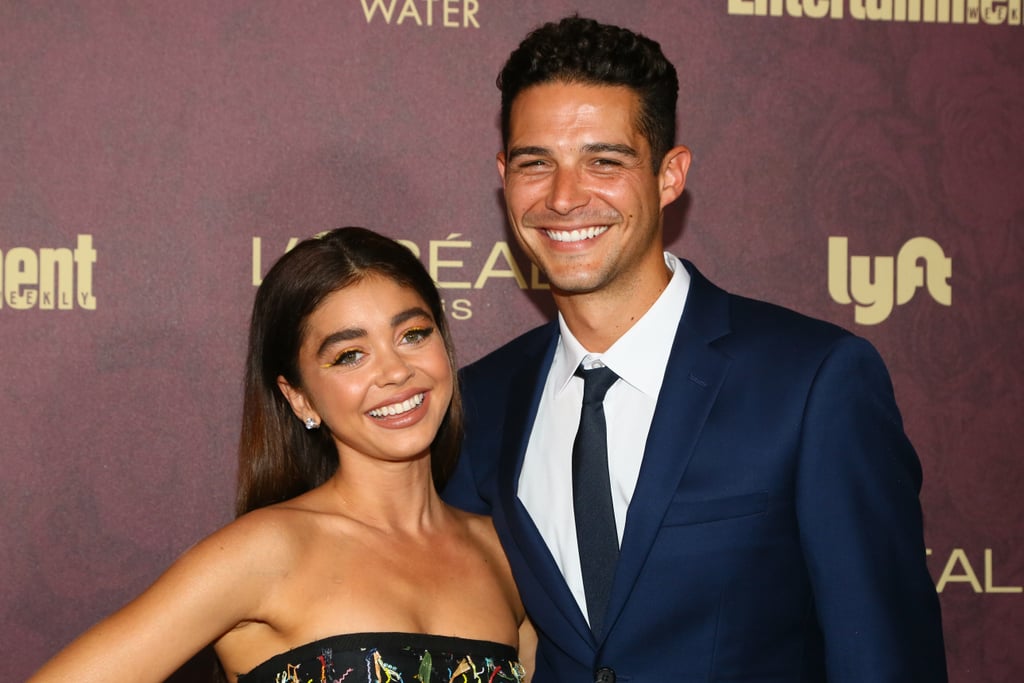 Wells Adams, like many people out there right now, was in desperate need of a haircut and unable to get to a barber shop when he turned to his fiancé, Sarah Hyland, to give him an at-home trim. The whole thing was documented on Instagram Stories on both Adams and Hyland's accounts as she tackled the task of shaving his head in their bathroom.

"This has gotten too much," Adams said at the start of the Instagram Story, gesturing at his hair. He then held up a hair clipper. "How many times have you cut a man's hair, Sarah?" he asked her, as she held up her hands in the shape of a "big fat zero." Prior to this endeavour, she had never even used a trimmer before.

Once they got down to it, a sped-up video showed Hyland's progress as she cut Adams's hair. After she was finished, Adams assessed her handy work and showed it off for the camera. "She did a pretty good job," he said. And we'd have to agree.

See more photos from the Instagram Story of Hyland cutting Adams's hair, ahead.