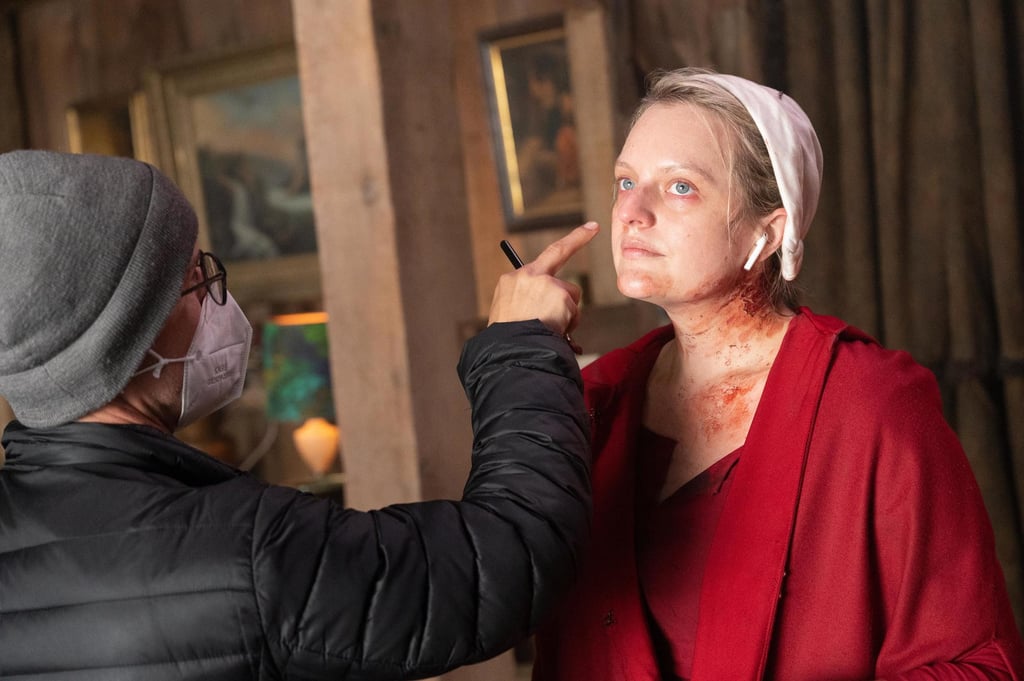 Season four of Hulu's The Handmaid's Tale is finally here after a two-year-long gap. The new season picks up right where we left off at the end of season three, with a war brewing and June (played by Elisabeth Moss) on the run in Canada having escaped from Gilead. The tension has hit a boiling point and everything has intensified, from the plot to the characters' attitudes, and even their makeup.

You'd be surprised how much goes into the weathered and beaten, no-makeup look that June and the other Handmaids wear in the show. (It did earn the show's makeup team an Emmy nomination for outstanding contemporary makeup, after all.) If you thought a lot of work went into the artistry before, just wait until you see season four.

"I think the viewers are going to be really happy and impressed with the makeup and where it's come from in season three," Burton LeBlanc, the show's makeup department head, told POPSUGAR. "There are so many other scenes now and the doors opened up to so many other avenues where the show is going, outside of Gilead, especially in the first few episodes."

To see what LeBlanc means by that, keep reading.