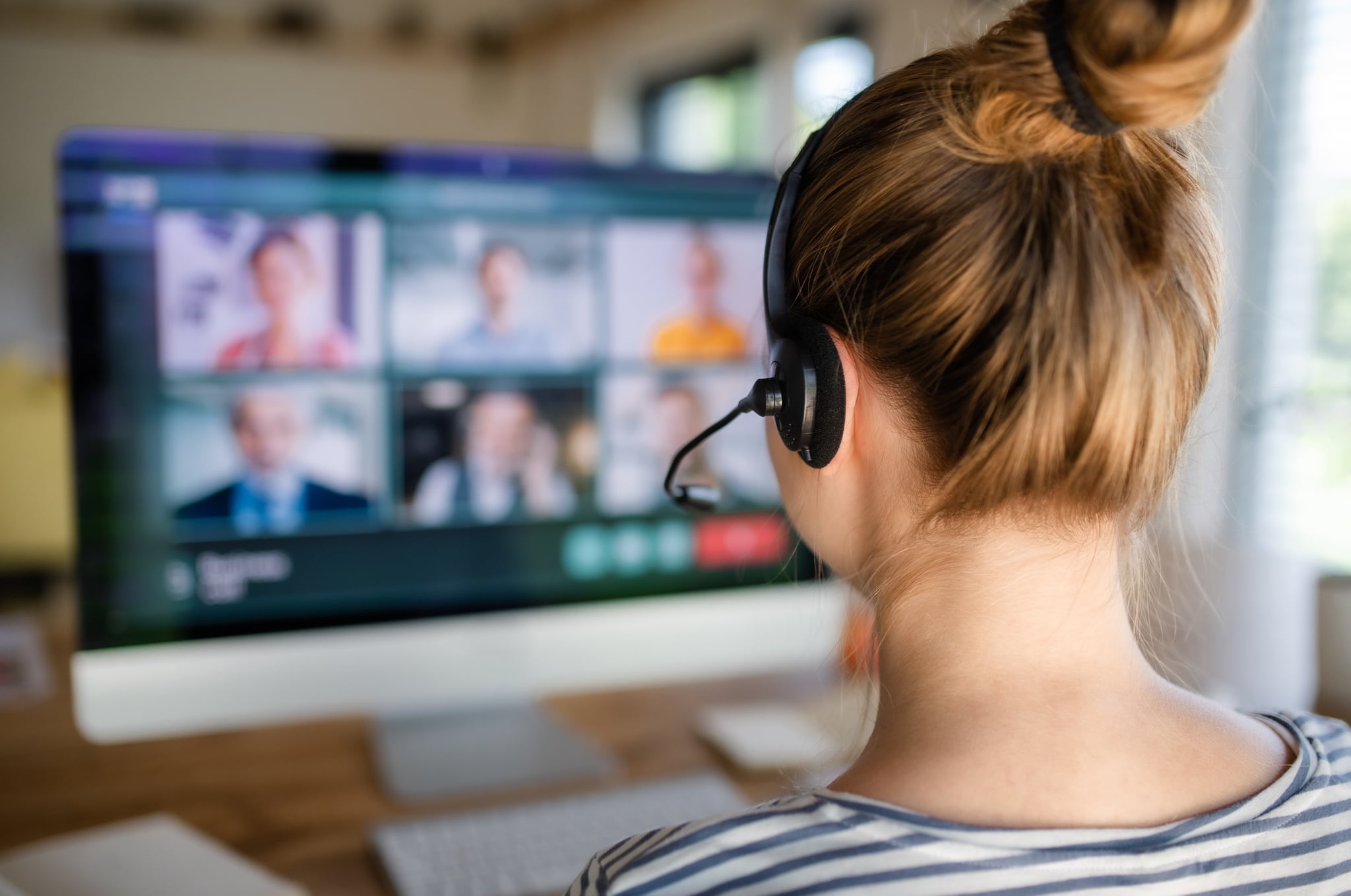 Thanks to the pandemic and the subsequent decrease in social interaction it's caused over the last year, video calls and virtual meetings are now a normal part of everyday life for employees working from home. Convenient as it is to phone in to nearly every special occasion from weddings to happy hours to work meetings these days, new reports have shown that the heavy increase in screen time has contributed to a new phenomenon called "Zoom dysmorphia" — and it may be another reason behind the reported spike in plastic-surgery procedures months ago.

A form of body dysmorphia disorder (BDD), the term was coined in a new study published in the International Journal of Women's Dermatology to explore how staring at your reflection on video for several hours a day might lead some people to develop a "negative self-perception." The study surveyed more than 100 board-certified dermatologists, many of whom claimed to have come across patients seeking cosmetic procedures to change or improve the appearance they see on video calls. While the research suggests that the images many users see are distorted due to lighting, blurring, and/or bad camera quality, some experts argue that what we're experiencing is somewhat of a reality check.

"We have never spent this much time looking at ourselves — not in photographs, not in the mirror, etc."

"We have never spent this much time looking at ourselves — not in photographs, not in the mirror," Amir Karam, MD, of Carmel Valley Facial Plastic Surgery and Aesthetic Centre in San Diego, told POPSUGAR. "This is giving us a chance to really understand what our faces look like after years of not looking or examining. There are changes that are happening to the soft tissues, to the eye shape, and to the face neck volume that are real and expected, but have remained unexamined for quite some time. For that reason, I believe it's more of a matter of realisation than it is a dysmorphic, nonreality effect."

Dr. Karam specialises in facial rejuvenation, and his practice has seen an increase in demand since April of last year. The renewed interest in plastic surgery remained steady in the months that followed, but it's not just video calls that are contributing to its rise in popularity. "This demand has been triggered by somewhat of a 'perfect storm' of three components," Dr. Karam said. "Time spent on Zoom examining appearances, an abundance of time to research solutions on the web and social media, and ample time to recover in your own home."

Last year, a survey conducted by the American Society of Plastic Surgeons found that 49 percent of Americans who'd never had plastic surgery claimed to be open to going under the knife in the future. Scott Miller, MD, FACS, a plastic surgeon and the director of California's Miller Cosmetic Surgery, revealed to POPSUGAR back in July that most people who've come through his practice have been interested in improving their lower-face, jawline, and neck areas. Dr. Karam admitted that plastic surgery isn't "one size fits all," and he doesn't always recommend patients follow trends when it comes to changing their bodies.

"When it comes to certain conditions such as laxity of the jawline, sagging of the neck, or looseness of the midface, the only options are surgical," he said. "For those who are not ready to have a procedure like this, my best advice is to continue to take great care of your skin and manage it in a very deliberate way. Don't rush yourself into something you may not be ready for."

Hair
Megan Fox is Proof: “Liquid Hair” Will Be the Hottest Trend To Try This Fall
by Danielle Jackson 5 days ago